Opinion: Former inmates deserve to have their voting rights respected, not canceled 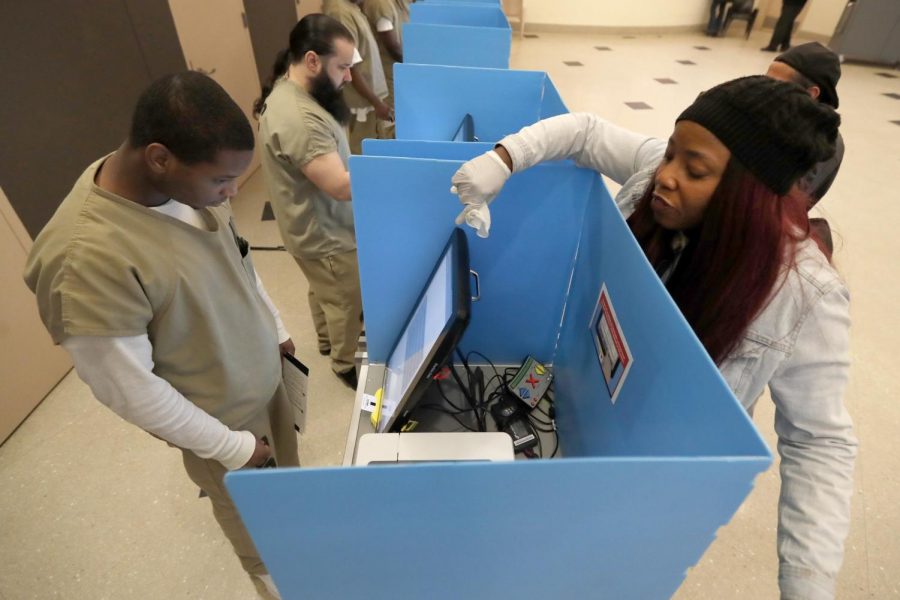 Rehabilitation is supposedly the point of incarceration, but this process is often lost as inmates are stripped of their personhood and become subjects of the state. After they have served their sentences, they are to come out on the other side a revised version of themselves and have the majority of their human rights returned to them. One of these rights is voting.

On Feb. 3, 59 local election authorities in Illinois were alerted by the Illinois State Board of Elections that “774 former inmates of the Illinois Department of Corrections may have had their voter registrations erroneously canceled due to a data-matching error involving both agencies” between the years 2014 and 2019, according to a Feb. 3 release from the State Board of Elections.

This egregious and devastating occurrence is the fault of a broken matching system that unfairly and inaccurately labeled these citizens who had served their time or otherwise met the conditions of their sentences. In Illinois, voting rights are re-instituted once convicts complete their sentences, though they have to re-register.

The county with the largest oversight, to no surprise, was Cook County with 245 canceled votes. This is 245 lives in the largest jurisdiction in the state promised a semblance of normalcy by having their right to vote reinstated, only to have the rug pulled out from under them.

Individual votes are already dropped in a large bucket, giving some kind of an illusionary power to the people who wait in long polling lines and hope for change. This thin veil becomes even thinner when 700-some citizens are stripped of their right to vote, seemingly without notice or care as to how that given election was affected.

This dumbfounding error hits the gut of democracy with a number of blows: the cancellation of any potential vote—regardless of its caster’s status—is a smear on our rights as citizens. This injustice is only heightened by the fact it was the votes of people who have already spent a portion of their lives as subjects to the corrupt, sickly and ravenous prison system—losing out on countless freedoms many indulge in daily.

In this upcoming election cycle, with the Illinois primary Tuesday, March 17, it is imperative the State Board of Elections is transparent with voters. Systems put in place to “ease” the efforts of the masses as votes are cast—such as the faulty data-matching system—need to be monitored. And if, or perhaps when, these issues arise they need to be addressed, not left until it’s too late for true restitution.

Attached to the initial press release from the Board of Elections was a form titled “Know Your Rights: Voting With A Criminal Record,” which stated, “Regardless of your criminal record, anyone who is not serving time for a conviction is eligible to vote in Illinois.”

Knowing your rights is one thing, but there comes a point when your rights are out of your control and are put into the trust of others. A hard-to-swallow idea is that rights are distributed in name and not always in action. And that, in this respect, being someone outside of the walls of a prison with a rap sheet is not much different than being within those walls.