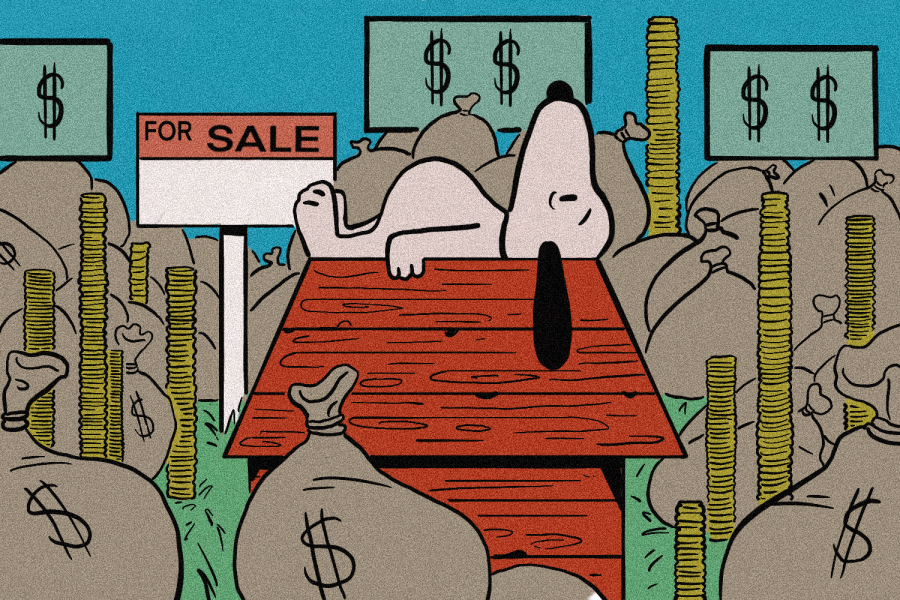 In the midst of the holiday season, beloved specials like the Peanuts classics are go-tos for family movie nights. However, they are now targets for streaming giants interested in profiting on cherished memories and sentimentality.

After learning that Snoopy won a monetary prize for a dog house decoration contest, Charlie Brown realized his dog was getting caught up in the material agenda of the holiday season.

The Peanuts holiday specials cartoons, which relay wholesome messages about the true meaning of Christmas and other celebrations, were recently purchased and are now streaming on Apple TV Plus.

When I first heard the news, I was stunned by the thought of what had always been accessible now under the control of a paid streaming service.

On Oct. 19, the Peanuts Twitter account announced that Apple had bought the rights to stream the Charlie Brown classics removing them from ABC’s broadcasting. Days later, a deal was made with PBS and PBS Kids to broadcast the Thanksgiving and Christmas specials for free on two specified days. It is not yet clear whether this move was part of a permanent agreement or was just meant to placate fans for this year. “A Charlie Brown Christmas” is scheduled to run on PBS stations on Sunday, Dec. 13.

Before hearing of the PBS deal, it felt as though a holiday rite of passage—that has been around since 1965—had been taken away. And as though my memories of watching it with family were disregarded.

The Peanuts holiday classics have been a source of enjoyment for me over the years, sitting in front of the television with my family around the holidays and singing along to the songs of “A Charlie Brown Christmas.”

My favorite part is how Linus told Charlie Brown about the nativity story and that Christmas’ true meaning was love. I like that part because the nativity points to the free gift of love that can be shared by the world.

As an aunt of two toddlers, I have looked forward to sharing this tradition with them. But, it seems that the cultural significance of and sustained interest in the Peanuts holiday specials make them a viable cash cow for streaming services like Apple TV.

The Charlie Brown specials have brought immeasurable joy to people like me and never fail to affirm values of community and citizenship.

These programs are not just about entertainment and sentimentality, though. They serve as educational devices, teaching others about being grateful and how to show appreciation to those who may not fit in, like the little malnourished tree that Charlie Brown shows compassion for.

Most of all, the specials have shown me how to be part of a healthy and caring community.

Purchasing these specials to make a larger profit sends the opposite message of what the holiday classics are all about.

The threat of large corporations potentially placing a paywall in front of what has been publicly available for years begs the question: What timeless holiday classics might be bought next?

Though access to a 30-minute viewing of a Peanuts special may seem small, people should remember that essential parts of the holidays are not for sale.

It is imperative that poignant messages like Linus’ famous speech in “A Charlie Brown Christmas” about the true meaning of Christmas are not lost to those who can not afford it.