Opinion: A parody farewell for a parody president 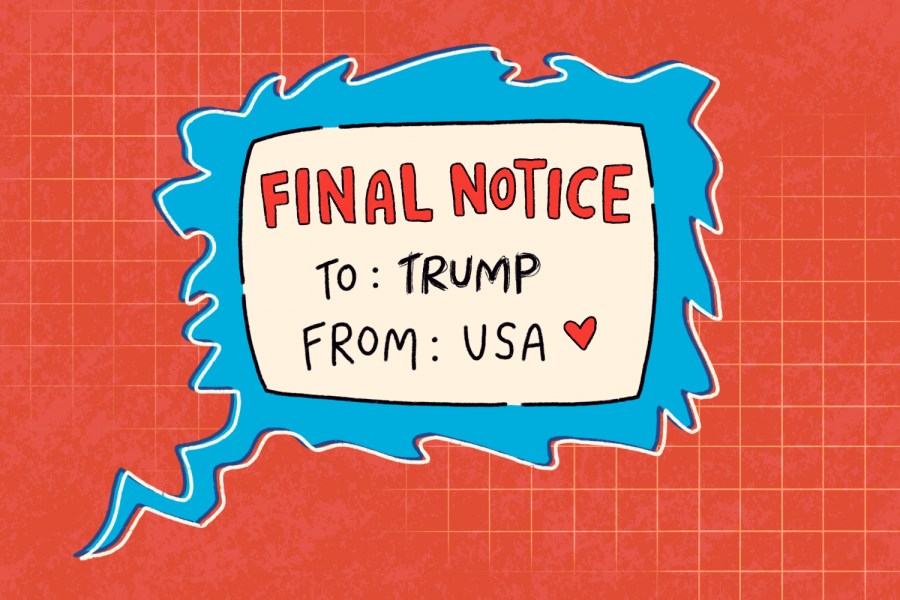 All memes have a shelf life, including meme presidents. After an Election Day that ended up lasting four days, former Vice President Joe Biden was declared the 46th president of the United States on Saturday, Nov. 7 based on vote tallies by the Associated Press. This was news that brought liberal tears to my eyes.

I could feel myself begin to heal as people ceased their “doom scrolling” and took to the streets in celebration of President Donald Trump’s loss over the weekend.

Trump has yet to make a public appearance conceding the election. Instead, he took to Twitter claiming he won the election “by a lot” and would seek to sue swing states and contest the results with the Supreme Court.

As his forward-thinking supporters said in 2016 and now, Trump is still our president and should be treated with respect. They are right.

There is a saying that “God gives his toughest battles to his strongest soldiers.” So, instead of treating Trump “very badly” as he puts it, in these unprecedented times, I want to say farewell to the 45th president and highlight his biggest “achievements.”

Trump aided in boosting the economy by participating in an election week that led to an increase in online food, alcohol and marijuana purchases, according to the LA Times.

Trump did more for Black people than Abraham Lincoln … musically. He got the support of prominent rappers like Ice Cube, Lil Wayne, 50 Cent, Kanye West, and Lil Pump for his reelection. Honest Abe cannot say he shook up “Top Five Rappers” Spotify playlists like Trump, or that he had the same influence on the music industry.

Not to be outdone by himself, Trump sent the perfect email in a final notice to his supporters who “ignored” his call to contribute money to his campaign on Friday, Nov. 6. Over half of the money will be used to pay off his campaign’s debts, according to CBS News.

In the same spirit, I would like to say farewell to Trump:

This is your FINAL NOTICE.

So far, you’ve ignored all of the American people asking you to be presidential in REPRESENTING THE U.S. You’ve ignored scientists and protesters, and you’ve even ignored the final wishes of U.S. Supreme Court Justice Ruth Bader Ginsburg.

Why haven’t you conceded?

The integrity of our election is being COMPROMISED by your fake news, and it’s going to take EVERY administration aide stepping up to hold you accountable to the results. We need you, Trump, to hold your ‘L’ with grace and poise.

America
Trump’s four years of American exceptionalism proved true this election cycle. When you’re a voter, you can do anything—even grab him by the ballot.

Because Trump has won “bigly” for so long, I do not expect him to concede. That level of self-actualization was too mountainous a task for COVID-19 to humble him.

This won’t be the last time we hear from him. He is sure to vie for the main character of Twitter and continue his rallies as he reportedly intends to “Make America Great Again” when he runs for president again in 2024, according to Axios.

Fair warning Trump: just as you said of the late Sen. John McCain of Arizona, America does not like losers.

In the end, Trump managed to prove, in spite of himself, that he is just like the average American. By January, he will have the true 2020 experience of losing his job after contracting COVID-19 and being evicted from his current home.

It is what it is. Just don’t let the man, woman, person, camera or TV hit you on the way out.