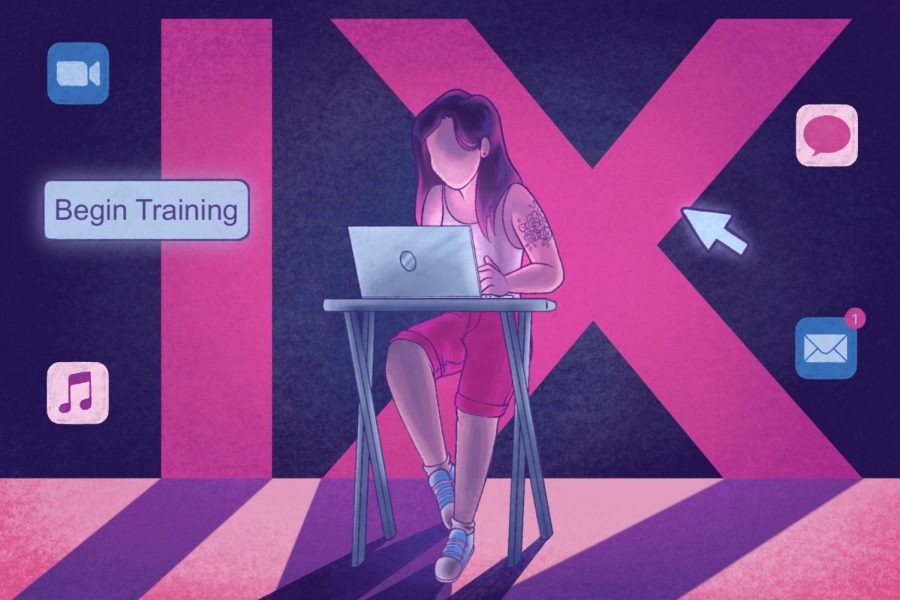 In May, the U.S. Department of Education issued final regulations on how colleges should respond to allegations of sexual harassment under Title IX, and now Columbia is adapting to the changes.

As reported by the Chronicle May 22, colleges and universities were expected to be “in full compliance” with the new regulations by Friday, Aug. 14.

The regulations revise the definition of sexual harassment and modify how someone reports an incident, with increased procedural protections and “enhanced transparency for all parties,” according to a Friday, Aug. 14 collegewide email from Vice President of Student Affairs Sharon Wilson-Taylor and Associate Vice President of Human Resources Norma De Jesus.

Changes to Title IX include:

—Defining sexual harassment “to include sexual assault, dating violence, domestic violence, and stalking, as unlawful discrimination on the basis of sex.”

—Allowing colleges to use technology to conduct Title IX investigations and hearings remotely.

—Requiring stronger evidence and higher standards for what is considered a violation under Title IX.

—More narrowly defining sexual misconduct as “unwelcome conduct that is so severe, pervasive, and objectively offensive that it effectively denies a person equal access to the school’s education program or activity,” according to the U.S. Department of Education.

Some groups are continuing the push to stop the changes due to lingering concerns. The Chicago Alliance Against Sexual Exploitation, or CAASE, joined other partner organizations in suing the Department of Education to stop the new regulations. Staff attorney at CAASE Christina Zuba said the new rules “reverse decades of guidance and target survivors.”

Zuba said the new regulations are illegal because they violate the Administrative Procedure Act and the U.S. Constitution’s Equal Protection Clause.

She said they are in violation for a number of reasons, including prohibiting schools from investigating cases that occur outside of campus boundaries, requiring students to “endure more severe sexual harassment in school than adult employees in the workplace before intervention is required” and establishing an “inappropriate and unfair process that harms survivors.”

“Since the implementation date has now passed, a lawsuit is our last chance to stop these rules from being in effect,” Zuba said.

Although CAASE primarily services survivors in Cook County, Zuba said because of the pandemic and remote learning environment, the social services organization will be available to any students looking for help or guidance, even if they are currently out of state.

As Columbia is currently in full compliance with the new regulations, here are some of the changes and resources students can expect for the upcoming fall semester:
REVISED POLICIES AND PROCEDURES
Columbia’s Title IX Coordinator and Director of Equity Issues Janely Rivera said one of the biggest changes to come from the new regulations is how narrow and specific the definition of sexual harassment is.

With the definition more narrow, Title IX procedures will not cover all incidents, and students will have to provide specific evidence under the standard of proof. For example, if a student is touched by another student inappropriately in a classroom and they don’t have physical evidence of this, they cannot file a formal complaint.

Jill Dunlap, senior director of Research, Policy and Civic Engagement for the National Association of Student Personnel Administrators, which focuses on improving student affairs on college campuses, said although some cases of sexual harassment may not fall under the new Title IX regulations—meaning institutions cannot take action through Title IX procedures—most colleges and universities can provide help through their student misconduct policies.

In the Aug. 14 email, the college said “allegations of sexual harassment that do not fall within the scope of Title IX will be governed by the Anti-Discrimination and Harassment Policy and the Student Sexual Misconduct Policy & Procedures.”

“We will still continue to see those cases and investigate them and ask the students what next steps they would like to take, so that they can receive the services they need from our office,” Rivera said.

While Dunlap was previously concerned about the implementation of the new regulations, she said she is more optimistic now after working alongside coordinators and investigators during the transition. She said no matter what, students will be protected.

Rivera said there will also be small changes in how the Title IX process works, including the requirement of writing a formal complaint and submitting it. She said without a formal written complaint, the college cannot initiate the process.

Another concern with the new regulations is the requirement to hold live hearings for cases. Dunlap said this is a specialized area that most coordinators or administrators on campuses are not properly trained to conduct.

Dunlap said because of the pandemic, hearings will be held live virtually, which allows those involved in the case to not physically be face-to-face.

But, Dunlap said this could also initiate a concern of confidentiality if a student does not have a safe space to attend a hearing virtually. She said colleges should provide students with the opportunity to have a space on campus for hearings.
MANDATORY ONLINE TRAINING
Although faculty and staff take part in a yearly Title IX training, for the first time “mandatory Title IX training will be offered to all students, faculty and staff in the fall,” according to the Aug. 14 email.

Rivera said the training will be done electronically and will provide information on resources, policies and how the office operates. Training will be completed yearly and tracked to show a person has completed it.

Sandra E. Hodgin, CEO and founder of Title IX Consulting Group, said Title IX offices at institutions will still be effective in a remote setting if their outreach approach is charged and they aggressively make an effort to reach out to students.

Hodgin said it is important for everyone to familiarize themselves with Title IX and understand that it will continue to evolve.
REMOTE SERVICES AND RESOURCES
Verron Fisher, Title IX investigator at Columbia, said if there is an incident or case that occurs off campus or out of state, as many students will be taking remote classes, those students will still be supported.

On its website, the college has a list of upcoming virtual events, which are coordinated by the college’s Sexual Assault Awareness Education Committee.

Fisher said all events are open to everyone in the Columbia community, and students outside of Illinois enrolled at Columbia can access all of the resources.

Rivera said the college is also putting together a list of resources for students in other states, such as organizations and counseling centers in their area, so students can utilize those if needed.

The U.S. Department of Education launched a new website which provides information on “how to file a complaint, an overview of the [regulations’] protections for survivors, and a detailed webinar on how schools can fully implement and uphold the new provisions in the law,” according to a Friday, Aug. 14 press release from the DOE.

Rivera said although the college was only given a short time frame of three months to implement the new regulations, the office came together to ensure Columbia was in full compliance.

Fisher said the office will respond and assist all students who need it.

“I just want students to feel supported,” Fisher said. “This new policy is different and students may have a lot of concerns about it, but we just want to make sure students know they will be supported.”