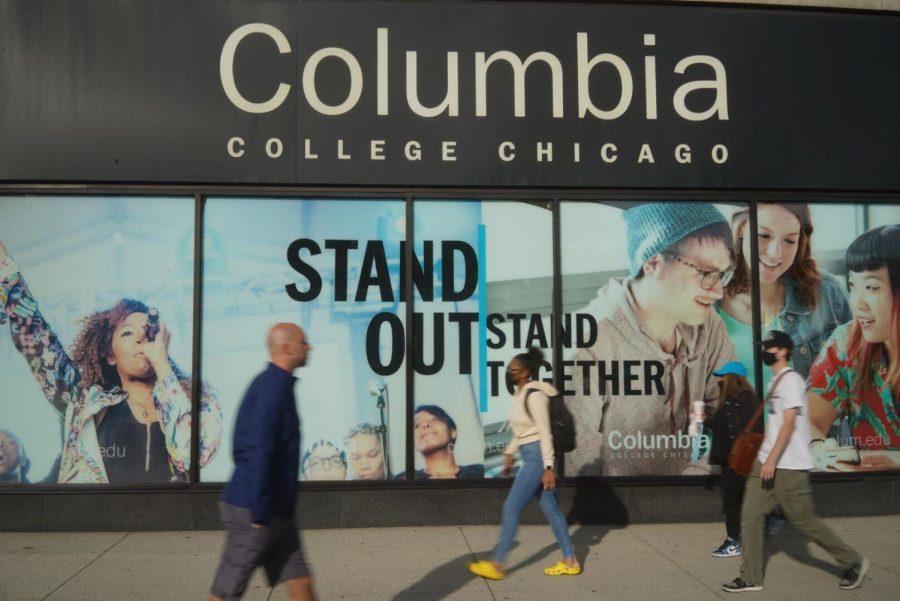 Students walk by Columbia's 600 S. Michigan Ave., home of the campus' Office of the Registrar, which initiated a new academic scheduling model.

A new scheduling system consisting of four academic scheduler positions—as opposed to 17 staffers who now take part in the process—will change the way the school handles academic scheduling. The proposed system has been met with some backlash, as the change could potentially lead to staff cutbacks.

In an email to staff and faculty, Senior Vice President and Provost Marcella David announced that Columbia would begin using a “shared model of scheduling.” The letter states that four academic scheduler positions will be created.

The letter encourages internal employees to apply for these six positions.

According to Registrar Keri Walters, the new system will begin when scheduling starts for the Summer and Fall 2022 semesters.

Walters said the college hired the American Association of Collegiate Registrars and Admissions Officers in 2015 to help develop a new model for student registration. She said she did not know the cost of the project.

According to the letter from the provost, the school has already followed many of the organization’s recommendations, such as the creation of Columbia Central, creating a centralized registrar and registration process and improving record-keeping and accountability.

Walters said the current system schedules on a department-by-department basis. The new model was recommended by AACRAO to create a centralized process of scheduling.

“That’s part of what AACRAO noted in their review of our process: that having that many people working simultaneously means that there are lots of opportunities for mistakes,” said Nathan Bakkum, senior associate provost and associate professor. “Our schedulers are great. They are. They’re really good at what they do, but mistakes happen.”

Walters said there have been “rare” situations where entire classes have been accidentally deleted from the schedule, and this new system will help to avoid future incidents.

“There has been no direct communication to any of these staff members,” Sigele said in a Sept. 13 interview with the Chronicle. “All communication has gone through the chairs.”

During a Faculty Senate meeting Sept. 10, Bakkum said this change is about making the scheduling process more efficient, and not about eliminating positions.

Bakkum said once the new positions are filled, the administration will look at the needs of each department and then determine which of the current 17 positions will still be needed based on workload.

“We could very well get to the end of this, though, and have reorganized positions and the same number of staff that are currently serving,” Bakkum said during the meeting.

The 17 current staff members were each given a survey to “gain insight into the roles and responsibilities of employees.” The email from the provost said surveys were analyzed with each chair, associate dean and dean “to consider what, if any, consolidation or realignment of existing roles and responsibilities will be needed once the new positions are filled.” The letter states final decisions will be made once the six new positions are filled.

“For a school that says it has no money, and it can’t give a raise to the staff, or the faculty, it’s hard for me to believe they’re just gonna hire six new positions and keep all the other people,” Sigele said.

“We really want to do a better job predicting student wants and needs and making sure that we have enough seats for students,” Walters said, “and it’s not so difficult for students to register for the course sections that they need.”