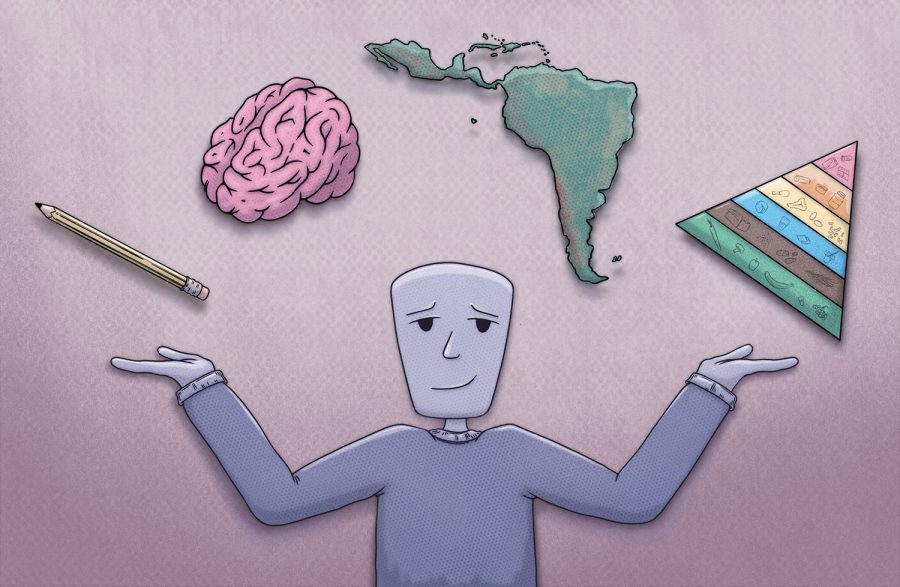 Several new minors have been approved by the provost’s office and will soon be introduced to the college’s course catalog to provide students with the opportunity of branching out into different disciplines and departments.

“Having the ability to study a particular minor provides a lot of flexibility,” David said. “It is something that allows a student to explore multiple areas of interest at once.”

The illustration minor is one of the latest introductions and was coordinated, in part, by Ivan Brunetti, an associate professor in the Design Department, along with other faculty members in the illustration program.

Brunetti said the idea was to create a minor for students from various disciplines that would allow them to take illustration courses in a sequence that made sense academically, rather than in a random order.

“That’s kind of what the purpose of a minor is,” Brunetti said. “It gives some structure to your learning.”

The minor is open to anyone with the credit space to take five required courses and two electives, Brunetti said. In doing so, it may also help strengthen the skill sets of those in coordinating majors, such as English and creative writing or animation.

Brunetti said such a “crossover” into various disciplines is the goal, along with making students more marketable by teaching them skills that go beyond their area of study.

Junior illustration major Caleb Joaquin said he is frustrated that a minor in illustration was not offered sooner. Joaquin, who is currently minoring in fiction writing, said he originally wanted to focus on creative writing as a discipline to supplement with illustration.

Because there was only a minor available in fiction writing, he said majoring in illustration pushed him to focus on an art form that comes less naturally to him.

Joaquin said that while the lack of an illustration minor complicated his plans at first, he found it beneficial to have a diversified education.

David said, looking forward, she hopes students engage in the 55 minors that already exist at Columbia in order to broaden their “professional proficiency.” She said her focus now is promoting the existing and recently approved minors rather than creating a glut of new ones.

While students will not be able to declare one of the new minors until Fall 2020, credits already earned toward the minor requirements will be acknowledged at that time.

A well-rounded academic background looks good on a resume, said Erik Friedman, associate dean of Career Development and Industry Relations. It is not the minor itself that employers are looking for as a line item, he said, but a varied skill set that shows a background in multiple areas, which a minor can help a student develop.

“[Minors are] kind of part of your Columbia recipe,” he said.

The philosophy and religion minor will supplement technical skills learned within a major with bigger-picture ideas, said Stephanie Frank, an associate professor of instruction in the Humanities, History and Social Sciences Department.

Frank said many students, due to Diversity, Equity and Inclusion and LAS or Columbia Core requirements, may have already taken several of the classes that can count toward a new minor. Some, she said, have already unknowingly completed it.

The requirements for the minor include one philosophy and one religion course, Frank said, and beyond that, students can pick and choose a total of four additional courses. Students who have already taken philosophy or religion courses will see the credits count toward the minor in Fall 2020.

Students interested in declaring a minor should not just be concerned with the marketable skills they could glean from the courses, Friedman said. Minoring in something can also be beneficial on a personal level and serve as an opportunity to explore interests unrelated to professional pursuits.

Gabriela Diaz de Sabates, coordinator of the Latino and Latin American studies minor, said communicating with people from other cultures helps students build a diverse professional profile. The LLAS minor has been an option for students for several years and is a “flexible program”—students have the opportunity to get what they want out of it.

To earn an LLAS minor, students are required to take six credits of Spanish language courses. A background in the language, Diaz de Sabates said, allows students to study Latin culture, history and art at a deeper level.

“I know people want to graduate and get a job, but it’s [more] about having a richer life,” she said.