The Columbia Chronicle • May 20, 2019 • https://columbiachronicle.com/modeling-industry-continues-to-address-discrimination-issues-for-diverse-models 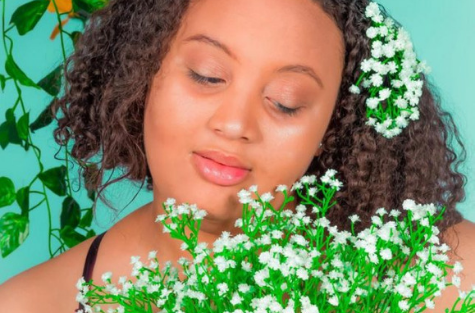 Despite an increase in diversity among models on global runways in 2019, models who do not fit the traditional beauty standards still face challenges in a sometimes unforgiving industry.

The modeling industry can be a hostile place for plus-sized models, said Jenn Weis, amateur model and director of operations for dance group Crowned Elites, a Chicago-based group focused on living out “dreams of dance expression through affirmations, introspection and the creation of safe spaces to build one another up,” as explained on its Facebook site.

“I’ve always been told that I don’t belong in [modeling], so that just made me want to do it even more,” Weis said. “I’m a bigger woman. I have a giant scar on my stomach, jacked-up teeth [and] acne. I have a plethora of things that society would not ever want a model to be.”

Of models featured on the runways this season in Milan, Paris, London and New York, 36.1% were women of color. The number of plus-sized and transgender models represented on the runway reached record highs of 2.2% and 2.4%, respectively, according to the New York Fashion Week’s Spring 2019 Diversity Report.

Gamble said although progress has been made towards equality and fair treatment for models, the fight for diversity and inclusion is not yet over.

“We have a long way to go in this conversation as it relates to race, size, gender and how all models are treated,” Gamble said.

Despite having mostly empowering experiences as a model, Weis said she has also encountered plenty of narrow-minded individuals who made her feel out of place, including one photographer.

“While I was walking [the runway], the look on his face was actually of disgust,” Weis said, recalling her experience at a casting call in Chicago. “When I got in front of the camera, everyone started looking at me and I could tell they were like, ‘What are you doing here?’”

Freelance model Boluwatifè Ojetunde said while she meets the physical requirements of a typical model, her androgynous identity has made it more difficult to exist in an industry dependent on the gender binary.

“Because I’m not the typical girl, I would prefer people aren’t expecting a certain walk out of me, or determining who I am solely based on [how I walk],” Ojetunde said. “At casting [calls], they were saying how the girls should walk and how the boys should walk. The thing I have an issue with is that the language has to be inclusive. … It’s very one or the other, and it makes you feel little sometimes.”

Even with the hardships some models face for not aligning with societal standards of beauty, the sense of empowerment and self-love they gain from their careers is oftentimes worth it.

“With every picture and runway that I do, there’s somebody changing the way things have been,” Broderick said. “There used to be a time in my life where I hated taking pictures of myself … even changing my own mindset is one step further.”

Whether on a runway or doing a photoshoot, Weis said her goal is to spread body positivity to other women around her, as well as encouraging other models to recognize they have a right to exist within the modeling industry.