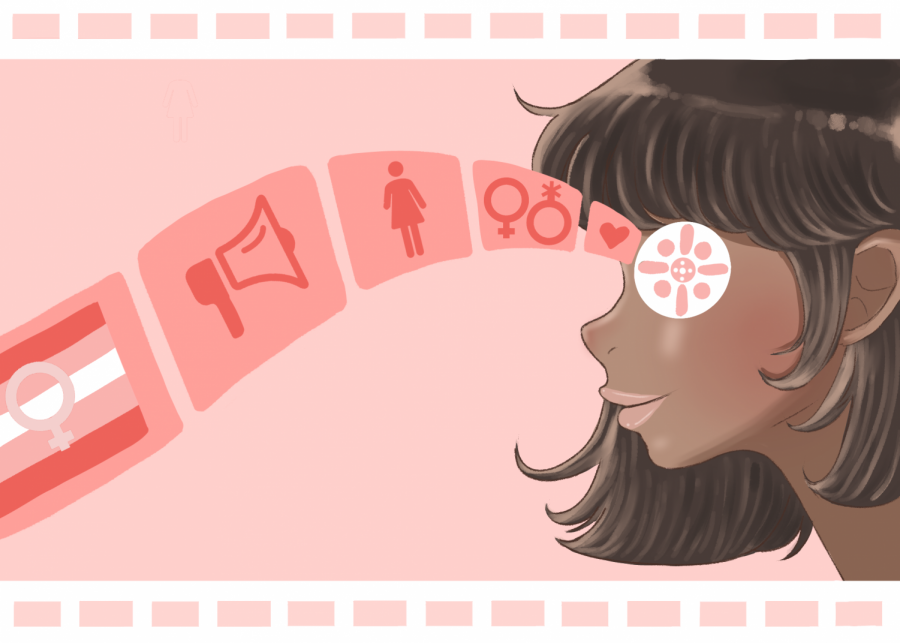 A hush fell over the crowd of moviegoers as their eyes and hearts were glued to the screens at the Gene Siskel Film Center.

The Midwest Film Festival had dedicated its November movie screenings to women and gender non-conforming filmmakers, as the festival aimed to not only amplify but celebrate voices in the male-dominated movie industry. On Tuesday, Dec. 7, it hosted its final screening event of the year at 164 N. State St., showcasing “the work of womxn filmmakers to celebrate their voices and their stories,” according to the festival’s Facebook page.

“Womxn” is a term that is used as an alternative form of the word “women” or “woman” and strives to be inclusive of trans and nonbinary individuals.

Erica Duffy, executive director of the Midwest Film Festival, said the monthly, year-round festival has held a night for women filmmakers for years but has changed the name to be more inclusive.

“Midwest Film Festival has been doing what used to be called Female Filmmaker Night, [but] this year we updated the title to ‘Celebrating Womxn’s Voices,’” Duffy said. “We really wanted to ensure it wasn’t just the traditional form of women being female, but also being more inclusive.”

Duffy said she thought it was “super special” to see the event getting more film submissions, just from the title change.

Beah Travis, one of the featured filmmakers and a Midwest native, said she wanted to explore the concept of death and grieving through her actor in her film “Way Upstate,” her first film showcased in the Midwest Film Festival.

“‘Way Upstate’ is a journey through Greece; it’s about a young woman revisiting a place where she has a lot of memories after the passing of somebody she’s loved and then now lost,” Travis said.

Travis said her film only has one actor, contains no dialogue and is meant to be ambiguous to “make room for the viewer.”

The film was a collaboration between her and her director of photography, Justin Newhouse, with whom Travis said she co-wrote and co-produced the film.

Northwestern University alum Delaney McCallum explored an underrepresented topic in society, as she produced an animated documentary film about the supernatural experiences the women in her family have had.

McCallum said through their film “My Women See Ghosts,” she was able to acquire a stronger sense of self and find herself through the project’s production.

“[The film] provided me an outlet to ask myself these [deep] questions and be introspective; I felt really lucky to have such a large chunk of time that I was able to do that,” McCallum said. “It brought me even closer to members of my family that I love.”

McCallum said when they originally pitched the project, they didn’t want to include themself in it, but when the pandemic hit, their artistic vision changed.

“I originally pitched the project as something that wouldn’t include myself and would be a direct telling of these stories and just animating them,” McCallum said. “When the pandemic hit and I started to create it, we were all really struggling mentally. … I found that talking with my subjects [was] really comforting.”

The festival showcased eleven films, ranging from storylines of OCD and mental health to death and loss to activism.

Toni Nordone, a junior cinema and television arts major at Columbia and social media coordinator of the Midwest Film Festival, said they find women and gender non-conforming filmmaker’s night important because it offers an opportunity to hear more perspectives through film.

Nordone, who has been working for the festival for two years, said the films showcased were important to see because of the struggles that women and nonbinary people go through.

“All of these films were amazing, and it seems like the filmmakers were really passionate about the stories they were telling,” Nordone said. “Everything [we saw] tonight was really deep, a little sad, but I really think it’s important to look at those things because womxn have to deal with really hard events in their lives. … Even hearing things from a womxn’s perspective or from people in the LGBTQ community — you need to hear those perspectives and the struggles that they go through.”