Marcella David on her first year at Columbia, the Black Lives Matter movement and the fall semester 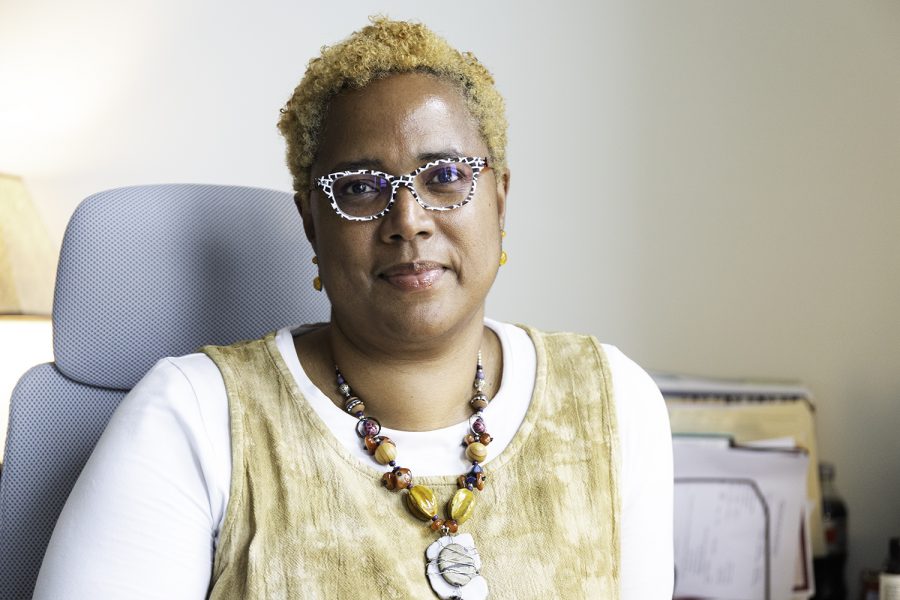 Senior Vice President and Provost Marcella David began working at Columbia during what were thought, at the time, to be the biggest challenges the college ever faced, including staff layoffs, union tensions, budget cuts, enrollment anxiety and a lack of trust between different factions.

Looking back, David laughed at the idea of those being Columbia’s biggest challenges when, mere months later, a pandemic would upend everything.

David’s approach of looking ahead may have “totally freaked out the rest of the members of the president’s cabinet” at times, she said.

With her background as a lawyer and an engineer, David said she is a problem solver. So while the president’s cabinet would analyze a problem that needed attention that day, she was sure to also point out an issue she knew would pop up five months later.

Associate Vice President of Strategic Communications and External Relations Lambrini Lukidis said she recalls administrators grappling with switching classes with pivotal in-person components online, like dance and theatre, when David and her team presented a spreadsheet.

The spreadsheet listed every individual course for the Spring 2020 semester, with titles listed in green if they had already made a successful transition online and courses in red if they had yet to make the switch.

A surplus of red had the cabinet “holding onto the desk,” Lukidis said. But David assured them she was confident the list would turn green within a week and, sure enough, her prediction came true.

“It was such a true moment in seeing someone’s impact and leadership over a relatively short period of time,” Lukidis said.

When David is not figuring out solutions to pandemic-level problems, she has been spending her time during lockdown working on her hobbies—knitting, crocheting and photography.

David took part in a “craftivism” project called emPower People where she crocheted purple bandanas, which advocate voting, to mail to her friends.

She has also been working on her photography by snapping photos of sunsets and fireworks from her balcony and Black Lives Matter marches from State Street as well as enrolling in an online class about astrophotography.

When campus and Chicago were not in lockdown, David would often pop into different events on campus to get a sense of the Columbia community—something her predecessor, Stan Wearden, was criticized for not doing.

Matthew Rillie, coordinator of Student Support and Engagement for Student Diversity and Inclusion, said the provost visited SDI’s space soon after starting at the college and brought items to donate to The Rack, a free clothing exchange on campus.

Rillie said it was “rare” for them to see an administrator so engaged in the community.

“In many provosts, we’ll see folks who hold that role being accountable to the president and the board, and that is it,” said Rillie, also a contract action team member and membership chair for the United Staff of Columbia College union. “I see a willingness to be more accountable to people who she is charged to serve, which is the students, faculty and staff.”

David has also worked to improve relations with the Faculty Senate and is frequently a guest speaker at meetings, more so since the pandemic.

Faculty Senate President Sean Johnson Andrews said David is more “personable” than her predecessor, and was happy to have her at the helm during the pandemic. But there are still areas where communication between administrators, faculty, students and staff falls short, he said.

Communication and transparency are ongoing sore spots at Columbia and are something campus leaders wanted from David when she entered the college a year ago, as reported by the Chronicle in June 2019. Although they have improved, Andrews, an associate professor in the Humanities, History and Social Sciences Department, said there have been several times where faculty are left in the dark only to be later informed of a policy change via a staff-wide email later.

Columbia Part-Time Faculty Union President Diana Vallera said prior to the “chaos” of the pandemic, the biggest challenge with the provost was a lack of transparency and communication specifically with part-time faculty.

Vallera, an adjunct faculty member in the Photography Department, wants more stakeholders involved in decision-making and to collaborate with the provost on projects to dismantle inequities for part-time faculty.

David said she is continuing to build on the relationships she has forged with faculty, staff and students, which she said have helped her during “pandemic mode” because she was able to send “frank” emails to faculty and get useful feedback.

One of the major selling points for many when reviewing David’s candidacy was her commitment to Diversity, Equity and Inclusion.

That commitment has not waned, as she still prioritizes finding new ways to expand DEI. Most recently, David was part of a three-day anti-racism training retreat where a team came together to craft a proposal for an Anti-Racist Transformation Team at Columbia. The proposal is currently being reviewed by the president.

David also plans to bring conversations on race and access to students in the fall when she teaches her first class at Columbia, a hybrid “Big Chicago: Honors” course, “Access, Civic Life and City Design,” on how city designs affect access to different groups.

“What I want is something meaningful, and it’s hard to have those kinds of meaningful conversations when the campus is scattered,” she said.

As someone who has experienced racial segregation and whose scholarly work has focused heavily on human rights, it is difficult to see the Black Lives Matter movement unfolding and not have a “crushing sense” that history will continue to repeat itself, she said.

Moving forward, addressing pandemic-worsened graduation, retention and enrollment rates will be a major priority for David, as reported by the Chronicle on Aug. 21.

She will also help administrators get back on track with Columbia’s next five-year strategic plan and focus on jump-starting the international and study abroad programs after a “near shuttering” caused by travel bans.

Many are thankful to have David helping to pilot the college through the pandemic, helping Columbia to be better off than some other institutions, Rillie said.

“The next couple of years, for many of us in higher ed, are going to be difficult and I hope she’s willing to still work with us,” Rillie said. “We’ve got a lot of work to do, and we’re ready to do it as a team.”