‘Looking for outliers’: Film student to document the election in Washington, D.C. 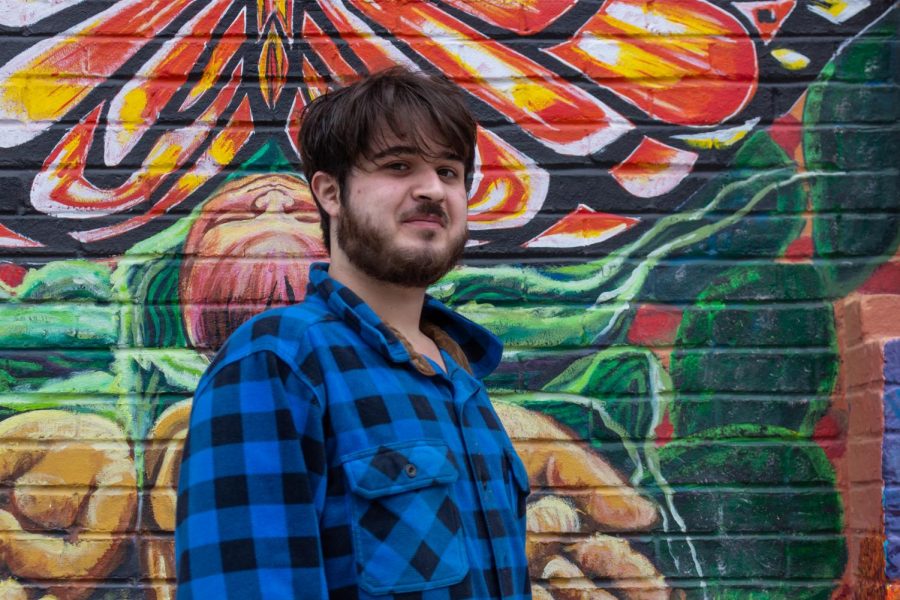 Senior film major Devon MacNerland is spending a week in Washington, D.C. to film a personal project and deliver letters to senators during the week of the election.

The spookiest thing Devon MacNerland had planned for Halloween was an overnight Greyhound bus trip to Washington, D.C. The senior film major hopes to capture the prelude to and aftermath of the decisive 2020 election up close.

MacNerland is planning to spend a week filming a personal project in the capital, documenting protests, interviewing activists and, hopefully, hand delivering messages to senators.

“I decided to go to D.C. because that’s where it’s going to happen,” he said. “When the election goes down, it’s all going to climax, most likely, in D.C.”

MacNerland said he has arranged for interviews with local activists once he arrives in Washington, but ahead of his trip, he has talked to Chicagoans on opposite ends of the political spectrum—recalling conversations with a “Black Trump supporter” and a “leftist revolutionary.”

“There is a brush that people paint each side with, this big kind of catchall saying, ‘It’s the liberals,’ or ‘It’s the conservatives,’ so, when I go out there, I like to look for the the things that aren’t talked about,” he said. “I’m going to continue looking for outliers and continue interviewing them,” he said.

MacNerland said the main event will likely be protests, the likes of which he began documenting earlier in the summer during the mass unrest that followed the killing of George Floyd by police in Minneapolis.

When violence escalated near his home on the West Side, MacNerland said he thought about fleeing to Indiana to wait out the election because he was traumatized by what he saw during the protests and did not want to be caught up in any post-election unrest. But, fear of missing out on the action changed his mind.

“I got bored of the idea of hiding and losing my faith in gathering information,” he said, and from there he hatched a plan to spend the week of the election filming protests in D.C.

MacNerland said he feels political philosophy is at its strongest during protests, where people display deeply held ideologies and the emotions that come with them. He said he believes seeing people at their most extreme will help him understand what they believe and why they believe it.

Helping MacNerland string together the finer points about political philosophy will be his high school friend, Elan Garfias, who attends Whittier College in Southern California.

Garfias, who is also a voiceover artist, said MacNerland asked him two months ago if he would tag along to D.C., and he was excited to accept.

“I love all things political and historical,” Garfias said. “I would love a chance to see this thing up close, maybe out of a sense of morbid curiosity.”

Garfias said he wants to provide a historical perspective of past elections and explain to viewers how systems of government have historically functioned. But it will also be a learning opportunity—he hopes the experience will be a chance to get to know America a bit better.

“You don’t necessarily realize that there are people who live outside of your own echo chamber,” he said. “I think the presidential election is one of the few times that we have to look at everyone else in the room.”

To raise funds for their Airbnb in D.C., MacNerland has held a variety of fundraisers, including offering people the opportunity to write directly to a senator. For $1, he said he will deliver a message of your choosing to a senator’s office and he will film himself in the process of doing so if security and COVID-19 regulations allow.

MacNerland said he is frustrated with the government’s gridlock and division. In addition to documenting this election for posterity, he said it will be an opportunity to stitch together what he sees as a “great partisan divide” fueled by misinformation.

“Part of learning the truth and providing the truth is being able to cooperate,” he said. “Without cooperation, there is no truth. There are just these echo chambers of dishonesty.”

Editing as he goes, MacNerland said his yet-unnamed film should be completed by mid-November. He said the trip to D.C. will not be the end of his exploration of this idea.

“In order to heal the problem, you have to see what the problem is,” he said. “I truly wish the best for America. I live here. I don’t want it to fall apart.”