Looking for a way to get involved in the November election? Be an election judge 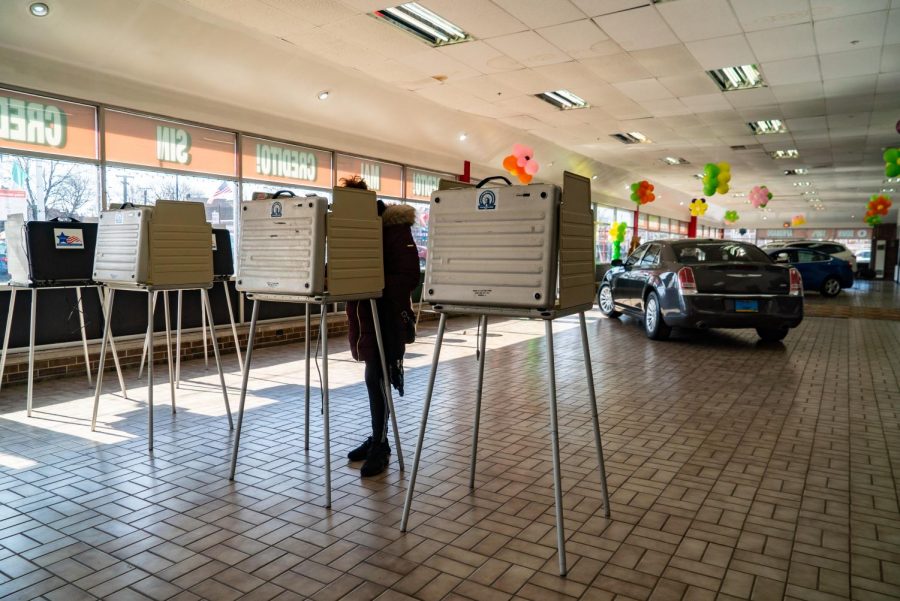 Juniors and seniors in high school, and college students, are encouraged to apply to be election judges for the November general election, as many in Illinois will not return because of their age puts them at risk for the coronavirus.

When Jeromel Dela Rosa Lara and his mother became U.S. citizens in 2017, Lara was already looking forward to voting and assisting in the U.S. democratic process.

Since then, Lara, a sophomore at Harvard University who is from Chicago, has worked as an election judge in three consecutive elections—the 2018 midterms, a 2019 consolidated election and the 2020 primary.

“I feel compelled to take up the role [in November] because … a lot of poll workers are elderly people and are in that high-risk category,” Lara said. “If a lot of young people like myself who were likely to be asymptomatic when it comes to the virus, or have lessened risks, can run the election, [it will make] sure democracy still works in November.”

Recruiting people to run polling places on Election Day has long been a difficult task for election officials across the country.

For November’s general election, many counties are hoping younger people will step up to the plate, as high school juniors and seniors are also able to serve.

Election judges work to help voters by checking them into their polling place, verifying their identity, answering technical questions, making sure no electioneering occurs and registering them in states that allow same-day voter registration, like Illinois.

Election judges in Cook County are paid $200 for the day and work from before polls open until after polls close.

The only requirements to become an election judge in Cook County are being a U.S. citizen and a registered voter in Cook County. High school juniors, seniors and college students can also serve but must have at least a 3.0-grade point average, according to the Cook County Clerk website.

Those interested in becoming an election judge can apply online here by answering identification questions and selecting a party affiliation.

Illinois law requires election judges to represent either the Democratic or Republican Party to ensure each polling station has representation from both major parties. Anyone not affiliated with a party should select the party their ideals and voting history most closely reflects. The Cook County Clerk’s Office may check your voting history in past primary elections to verify your affiliation.

Cook County Clerk’s Office spokesperson John Mirkovic said those interested in serving should apply as soon as possible so they can take part in training beforehand.

However, Cook County also allows election judges to be sworn in by another judge at the polling station on Election Day if there remains a last-minute need for more judges.

Mirkovic said in the past, Cook County has worked with local school districts to recruit high schoolers to assist at the polls. With many schools now completely remote, it is uncertain how the county will shift gears to recruit students.

Plans to implement pandemic-related safety measures protecting election judges are already underway. Training sessions will take place virtually, warehouses have been stocked with personal protective equipment, polling places will be reconfigured for social distancing and sanitation will be a staple at the ballot box, Mirkovic said.

It is also expected that the push for vote-by-mail in Illinois and a handful of other states will reduce foot traffic in polling stations.

Mirkovic said it is pivotal young people help out this election cycle because election officials expect many Illinois primary election judges not to return, as their age puts them at high risk of contracting the coronavirus or because their family asked them not to.

“This is the year young people are paying attention more to what’s going on,” Mirkovic said. “I think there’s going to be a surge of volunteers across all demographics. … Our message is, ‘If you feel you can serve, we’d love to have you.’”

Brian Brady—president of Mikva Challenge, a youth civic engagement organization that houses the Student Election Judge Program—said young people are often bilingual, smart on their feet, from diverse backgrounds and able to work long hours, making them especially suited for the job.

The Mikva Challenge’s Student Election Judge Program works with Chicago Public School teachers to get Chicago students to serve as judges, many of whom are people of color, Brady said.

However, the program is not running this year because of the pandemic, though it is encouraging college students and adults in their 20s to help if they feel safe doing so.

Often, having young students work the polls compels them to register to vote when they are old enough and inspires their family and friends to turn out to vote, he said.

Suzanne McBride, Communication Department chair and professor, worked as an election judge in Oak Park, Illinois, during then-Sen. Barack Obama’s (D-Ill.) 2008 bid for the Oval Office. Although she regrets not being able to take her children to Grant Park to see Obama’s victory address, McBride said working as an election judge still had its benefits—like baked goods from candidates or local residents.

McBride has spent Election Days in a newsroom since she became an editor at the Chicago Sun-Times in 2016, but she said the sense of camaraderie and civic duty shared among election judges may draw her back once she feels like she has finished her work as an editor.

As a professor, McBride said the first step to opening students up to becoming an election judge is making sure they know how to register to vote. It is equally as important that students in her Tuesday class know it’s OK to miss class to go to the polls in-person, if necessary, or work as an election judge, she said.

A major benefit to working as an election judge for McBride is being able to engage in civil discourse with the people at the polling station one may not have spoken with otherwise. Well, that and nabbing a few extra “I voted” stickers.

“We all should be active participants in our democracy and that’s a really great way to be involved,” she said.