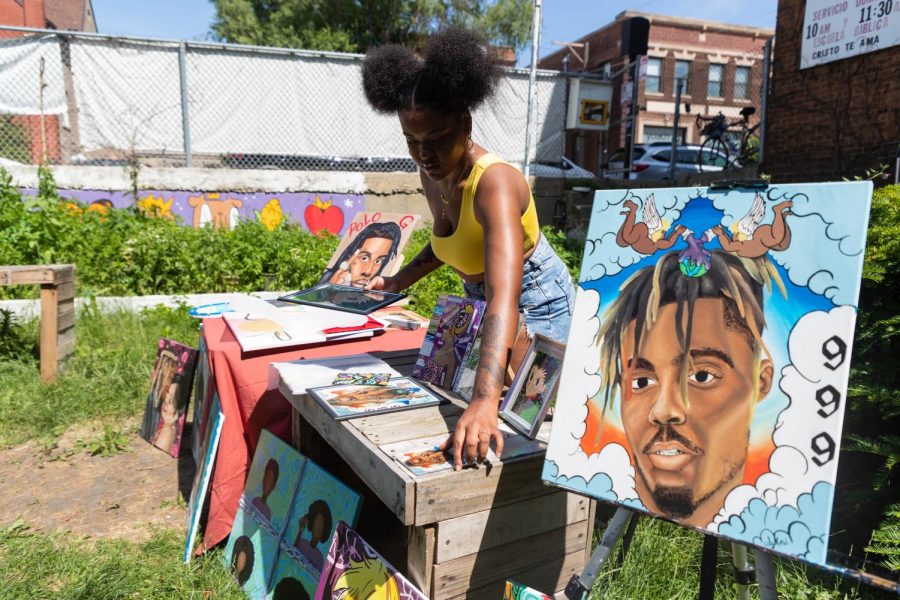 By K'Von Jackson, Director of Photography

Organizers from Fusion of Light Entertainment, a company founded by recent Columbia graduates, came together for their first Juneteenth event to celebrate “Black life, Black joy and Black history.”

“I know for me and my circle, we try every day to make sure that we’re representing or doing something for our people or for our culture, but a lot of people don’t have that opportunity,” said Tandrea Hawkins, co-founder of Fusion of Light and a recent music business alum.

Juneteenth marks the day when Union soldiers arrived in Galveston, Texas, on June 19, 1865, to spread word that slaves were freed by the Emancipation Proclamation. Juneteenth was recognized as a federal holiday in June 2021. Columbia announced that it would also recognize Juneteenth as a holiday in April of last year.

“This is the first time we’ve ever done an event on Juneteenth,” said Jordan Blair, co-founder of Fusion of Light and a recent music business alum.

“In Harlem they had this huge dance parade,” Blair said. “At the end there was poetry, singing and the electric slide. That’s kind of what I wanted to emulate then and what I wanted to also emulate today, just a sense of community.”

“Traditionally most artwork you see nowadays is just white people,” Clark said. “I wanted people to decorate their houses to reflect themselves.”

Hawkins said a main goal of the celebration was to provide a space to celebrate Black excellence.

“Black excellence means to wake up every day knowing that you have a target on your back … and knowing that you’re already walking into a world that doesn’t serve you but still pushing,” Hawkins said.

Fusion of Light plans on hosting more events for creatives in the future and will continue to share information about upcoming events on its Instagram.