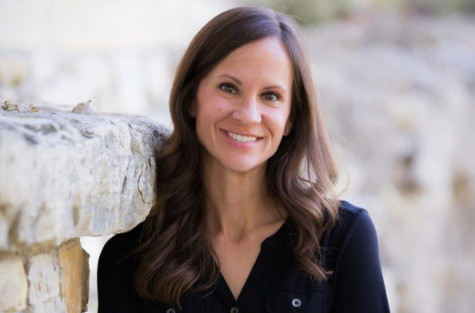 Mary Kubica, a suburban Chicago resident, is taking her work to the big screen with her upcoming novel “The Other Mrs.,” which has been acquired by Netflix for a film to be released in 2020.

Kubica is a New York Times and USA Today best-selling author of five novels. The former high school history teacher has had her novels translated into more than 30 languages and has sold over 2 million copies worldwide.

Kubica spoke with The Chronicle about her recent success.

THE CHRONICLE: What is it like having your novel turned into a Netflix film?

Mary Kubica:  It’s beyond my wildest dreams. I can’t wait to see what they do with it. I’m just excited to see it on screen. I was at home, and I had just actually gotten back from a book festival in Tucson when I heard there was some interest from Hollywood on the book.

What is the story about?

“The Other Mrs.” is about a family of four: a mother, a father and their two sons. They inherit a home off the coast of Maine on a small island. [They are] looking for a fresh start. They have a number of personal and professional mishaps back in Chicago, and it’s time to start over. Shortly after their arrival in Maine, the woman across the street winds up murdered, and all eyes look at this family new to town.

How are your previous novels different from “The Other Mrs.”?

There are some books that do have that more cinematic quality that would be translated to screen better than others. There are a few different storylines going on. The characters will hopefully grab readers or viewers. There’s some action going on, [and] there are some really psychological aspects to it. It’s different than the other books I’ve written. I can’t say it’s more special, but it’s different.

How did you find out about this opportunity, and what were the reactions from your peers?

It’s a hard thing because I found out a couple of weeks before I was able to publicly share. It was hard to sit on that information for a little while and not be able to shout it from the rooftops. Netflix is just so huge these days, so I think that people really understand the importance of the book being adapted by Netflix. Because the book doesn’t come out for another year, people are just so anxious to be able to get their hands on [it].