Lasers and board games: The most interesting classes to take this fall 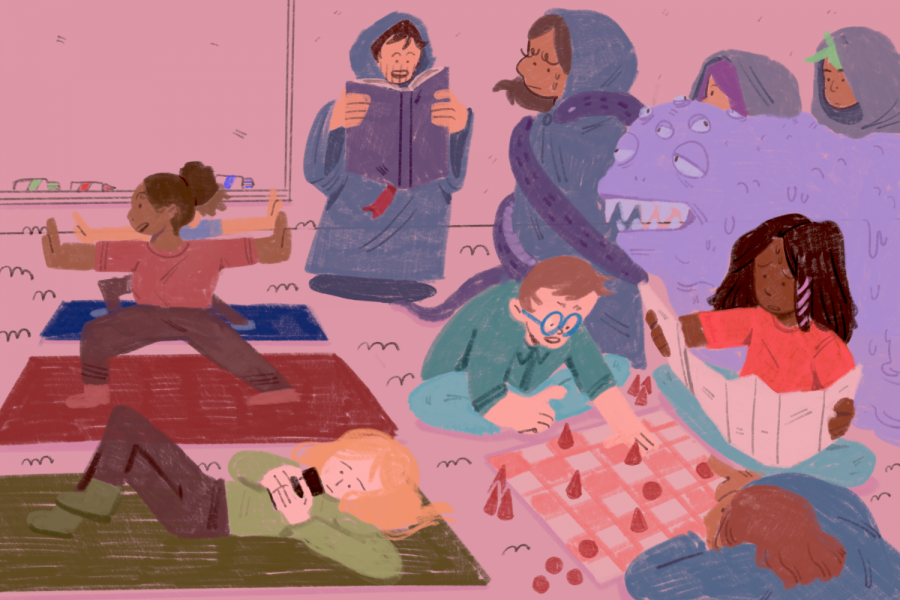 Core requirement classes are inescapable, but they don’t have to be boring, especially at Columbia, where you can play board games for class, make a hologram and read the Bible from a literary perspective.

From “Monsterology: Cognition and Culture,” to “Yoga,” to “Zombies in Popular Media,” Columbia has a variety of courses that people may consider atypical or strange.

“A big part of the class is learning about what kinds of games are available because most people … had a very narrow exposure to the kinds of tabletop games that people play,” said Brendan Riley, associate professor in the English and Creative Writing Department, who teaches “Tabletop Games and Communities.”

After students learn more about tabletop games, they get to create their own physical board game.

Sophomore creative writing major Emma Wiederkehr took the class in 2020. She made a game about students who steal a school bus and try to get to specific places without being caught.

“I didn’t know anything about board games when I started, but I ended up learning a lot,” Wiederkehr said. “We had a lot of fun projects. I got to interact with the students a lot. It was just a really nice class.”

This semester, Wiederkehr said she is continuing to learn more about board games in Riley’s other class “Board Games as Literature,” a section under “Topics in Literature.”
The Bible as Literature
This class is not a religious study. “The Bible as Literature,” LITR 270, treats the Bible like any other piece of literature. The class discusses the plot, main characters, authors and the environment in which it was written. Students will also read modern literature that has a biblical narrative.

Jeanne Petrolle, the instructor for “The Bible as Literature,” said this course is not taught with a Christian perspective of the Bible.

Petrolle said she does not include debate in this class and only holds respectful discussions where everyone is allowed to express their opinion without interrupting others.

Senior audio arts and acoustics major Leland Henry is currently taking “The Bible as Literature.” He said he wanted to take it for a long time because he heard good things about the class. As a Christian, Henry said he has enjoyed learning about how others interpret the Bible.

Liggins said in high school she was “used to having to memorize formulas and different facts about chemistry. [Holography] is a topic that I am more interested in. I didn’t have a choice taking chemistry in high school, but I had a choice here, and it’s a lot more interesting than basic physics.”

Currently, the class is held remotely, but Liggins said it has been easy to understand and conceptualize how holograms work.

Richard Bruck, current “Lasers and Holography” instructor and adjunct faculty member in the Science and Mathematics Department, said the class used to be text-heavy before he restructured it into a more engaging and hands-on course.

In the first four weeks, he said students get to study the optical equipment by using it themselves in person. Bruck said he based this method on the concept that when a person physically does something, they pick it up quicker by trial and error.