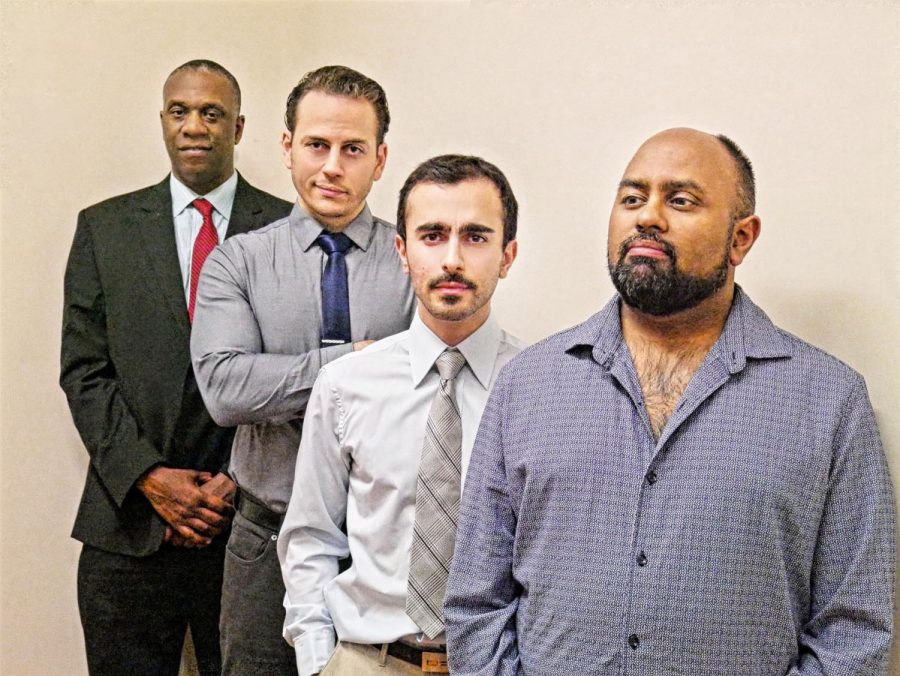 A man named Ahmed immigrates from Egypt and loves the U.S. He works for a Homeland Security detainment facility and is considered the best at his job. One day, rumors begin to brew that put his patriotism into question, leading Ahmed to do whatever it takes to prove he is not an enemy.

This is the setting for “Language Rooms,” a dark comedy lighting up the stage at The Den Theatre exposing the stereotypes associated with immigrating to the United States.

Broken Nose Theatre group is taking the stage for “Language Rooms” April 19 through May 18 at The Den Theatre, 1331 N. Milwaukee Ave. It examines the the paranoia around immigration currently taking place in the United States.

“It’s an immigrant story, except it’s framed within the surveillance state,” said Egypt-born, London-based playwright Yussef El Guindi. “The play takes place in one of these so-called ‘black sites’ that was reported on in the mid-2000s that the CIA [was] taking suspected terrorists … around the world to interrogate them.”

“It’s an ongoing exploration for me of immigration … particularly in the 2000s,” he said. “Measures were put in place to try and protect the U.S. from further attacks, and [the play shows] how that affected the immigrant population from Arab and Muslim countries.”

El Guindi has received praise and recognition for his work, including the Steinberg American Theatre Critics Association New Play Award and the 2010 Middle East America Distinguished Playwright Award. El Guindi said he is excited for the Chicago premiere of “Language Rooms,” although he will not be able to attend.

“I’m very happy that Broken Nose [Theatre] wants to do this play in Chicago. I was thrilled when they contacted me,” El Guindi said. “From what I hear, they’ve assembled a wonderful team of actors and a very good director.”

One of the play’s characters is Samir, an immigrant from Cario, Egypt. He is portrayed by actor Bilal Dardai, who said he was moved by the character’s story.

“I was given an opportunity to read the script a while back,” Dardai said. “The character that I’m playing reminds me very much of what I knew of my father’s experience. Those sort of connections jumped out at me very strongly when I first read it, and throughout the rehearsal process [they] have become even stronger.”

Directing the show is 2008 theater directing alumnus Kaiser Ahmed. Ahmed was born in Bangladesh and has worked with Broken Nose Theatre in the past. He is looking forward to bringing the play to life.

“The reason I love this play is that it’s not your typical post-9/11 interrogation play,” Ahmed said. “It’s all very much about personal loyalty [and] testing the torture you put yourself through, whether you’re conscious of it or not.”

Ahmed steered his passions toward theater directing during his college career. After graduation, he, along with a few of his peers, created Jackalope Theater, 5917 N. Broadway St., which has now been active for more than 10 years. He said he has been a fan of El Guindi’s writing for some time.

“When I get the chance to work outside of [my] company, I want to make sure it’s a play I really believe in, that I can set my time on,” he said. “I just really love this play. It’s written perfectly, and it’s poking at something in the Muslim American diaspora that’s perhaps un-poked.”