The Columbia Chronicle • May 3, 2019 • https://columbiachronicle.com/kratom-supplement-still-in-use-despite-questions-concerns

Kratom supplement still in use despite questions, concerns 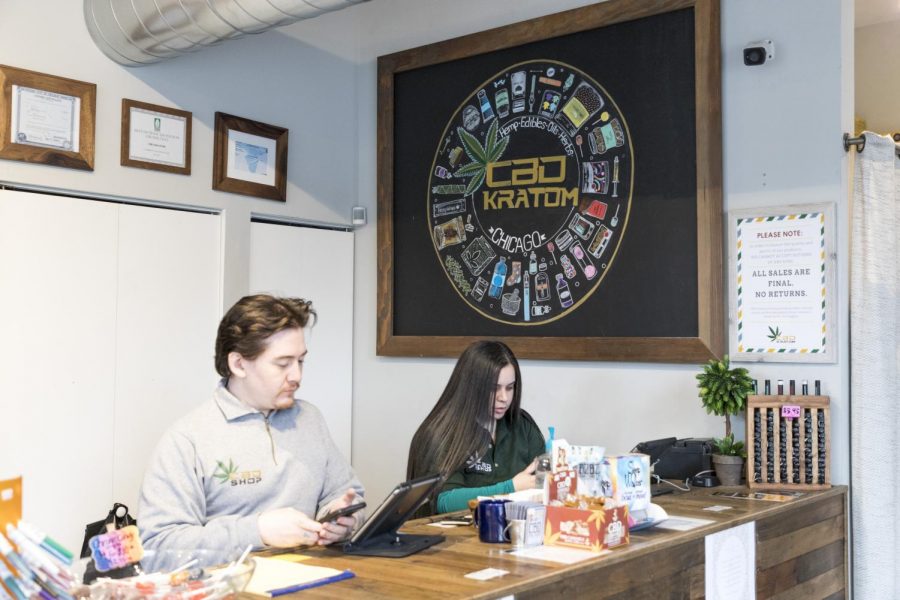 College students nationwide have been known to misuse Adderall, a medication used to help symptoms of attention-deficit hyperactivity disorder, to focus on school work and cram for finals. Junior musical theatre major Erica Blanco said she used to be one of those students.

Blanco has not taken Adderall since fall 2018. She now uses kratom, also known as mitragyna speciosa, a substance retrieved from trees in Southeast Asia that can be used in pill or powder form.

Two to three times a week, Blanco mixes kratom powder with pineapple or orange juice, which she said eases the bitter taste.

“It actually proved to be one of the best energy supplements I’ve ever used,” Blanco said.

The supplement may have other benefits, according to a Dec. 10, 2018, press release from the the University of Florida, which received a $3.5 million grant from the National Institute on Drug Abuse to bolster its research on kratom as a potential therapy to wean addicts off of prescription opioids and heroin. An estimated 2–4 million people in the U.S. use kratom, although there is still much that is unknown about the drug and its effects, the university’s release stated.

The drug is banned in six states, including Alabama, Arkansas, Indiana, Tennessee, Vermont and Wisconsin, as well as the District of Columbia, according to a December 2017 report in Stateline, an initiative of the Pew Charitable Trust. In Illinois, the drug can only be sold to adults throughout the state, although two cities —Alton and Jerseyville—have banned the drug outright.

“There are no FDA-approved uses for kratom, and the agency has received concerning reports about the safety of kratom,” according to the agency’s website.

In an April 12 report, the Centers for Disease Control and Prevention analyzed kratom-related deaths by assessing data from the State Unintentional Drug Overdose Reporting System.

From July 2016 to December 2017, it was found in the report that kratom was related to 91 deaths. However, in most cases, other substances were also present in the system along with kratom, causing some to doubt whether kratom had an impact on the deaths.

Of the kratom-positive deaths in the CDC analysis report, roughly 80% of the decedents had a history of substance misuse including: fentanyl, heroin, benzodiazepines, prescription opioids and cocaine.

Former Illinois State Representative and current Addison Township Supervisor Dennis Reboletti opposes the use of  kratom. Reboletti sponsored a bill in February 2014 to try to ban the substance across the state. While Reboletti was not able to ban the substance, he did create the Kratom Control Act. The act, which went into effect Jan. 1, 2015, prohibits the sale and possession of kratom to minors under 18 in Illinois.

“It definitely merits review by the Illinois General Assembly as well as the United States Congress and the FDA to do something more than what is being done right now,” Reboletti said.

Similarly, State Rep. Katie Stuart (D-Collinsville) introduced a bill in fall 2017 to ban the supplement in Illinois, but the bill was never voted on in the House.

Even with concerns of the FDA and other government agencies, Chicagoans can purchase the supplement at stores, such as CBD Kratom, which has three locations throughout the city.

Matthew Warren, training manager at the Bucktown location, 2048 N. Damen Ave., has been working at the business for three years and said kratom is still popular despite the stigma that surrounds the supplement.

“It helps people, and anything that helps someone is worth looking into,” Warren said.

Warren said kratom is not a “true” opioid, but instead more like an analog, meaning the molecules that compose kratom could have the same structure of an opioid, but would not necessarily have the same action.

There are regulars at the store who have told Warren they are former opioid addicts who now use the supplement as a way to help them recover, he said. His regulars also told him that without kratom they would resort to old habits.

The future for kratom is unclear, but a commonality within the science community and government agencies is that more testing needs to be done.