Keeping comics alive: The resilience of the comic book community and stores throughout the pandemic 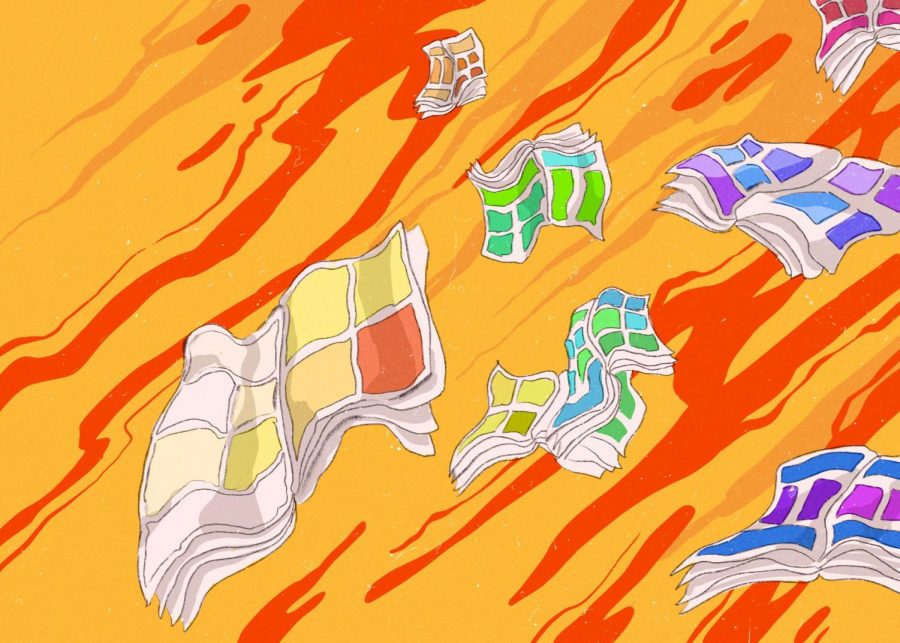 Commercial and retail businesses in the South Loop and across the city took a huge hit from the initial COVID-19 pandemic lockdown beginning in March 2020. But today, much of the comic book industry in the city has survived in part due to adjustments retailers made during the pandemic and to an appeal to a new target audience.

“It was a bit of a struggle, and the employees all … went home and didn’t work during that period — it was just me,” said James Nurss, owner of First Aid Comics in Hyde Park, 1617 E. 55th St., one of two locations in the chain. “Distribution has changed in comics. … There’s been lots of anguish and struggle over distribution, and that will continue.”

Shipment delays and the cancellation of in-person events were among the initial impacts of the pandemic on First Aid Comics, but the store’s expansion of pick-up and mail orders helped increase the number of comic book and merchandise sales notably.

This was a similar experience with another comic book shop in the downtown area — Graham Crackers Comics.

Being part of a 12-store comic book chain aided Graham Crackers Comics, as the ability to transfer merchandise across different stores helped to keep all of its locations open.

“We took the biggest hit. We were the busiest of the stores, and … now the busiest again. Although, it’s way down from where we were,” said Earl Geier, manager of Graham Crackers Comics’ South Loop location. “But where we went down, the local stores [in our chain] picked up.”

These shifts to curbside and mail-orders aren’t the sole contributors to comic book stores’ success throughout the pandemic. It can also be attributed to the kinds of contemporary comics being sold with a new audience in mind.

The release of DC Comic’s 2021 “Superman: Son of Kal-El” comic series revealed Superman’s son, Jon Kent, as bisexual and with a boyfriend—this had a major reaction. The first issue completely sold out, according to a tweet by Tom Taylor, writer for the comic book series, and it ran roughly 68,000 total copies during July, its premiere month.

Austin St. Peter, adjunct professor in the English and Creative Writing Department, said LGBTQ+ inclusivity in modern comics and the added representation of people of color and women has contributed to a resurgence of interest in comics, especially with millennial and Generation Z audiences.

Yet these new shifts in comic book diversity, both in the material and in the community have led to a rise in hate groups with misogynistic and white supremacist tendencies fighting against the diversification of comic books, St. Peter said.

In response, St. Peter attributes the influx of young people into the comic book community as their reaction to discriminatory, reactionary movements that have appeared in the last couple of years — a method to combat these hate groups.

According to sales data collected by Diamond Comic Distributors, a comic distribution company, the summer of 2021 was its recovery period from the pandemic and saw a total of $230 million in comic book and graphic novel sales. Compared to its summer 2019 pre-pandemic sales, it made $48 million more in 2021.

“Comics have done a much better job with acknowledging women and people of color than a lot of other hobbies,” St. Peter said. “You have people who read comics to affirm their identity choices and understand the lives of people who share a similar identity to them. … But there’s still a broad community of people that just love superhero comics.”