Just because you can’t see it, doesn’t mean it isn’t there: Life with an invisible illness 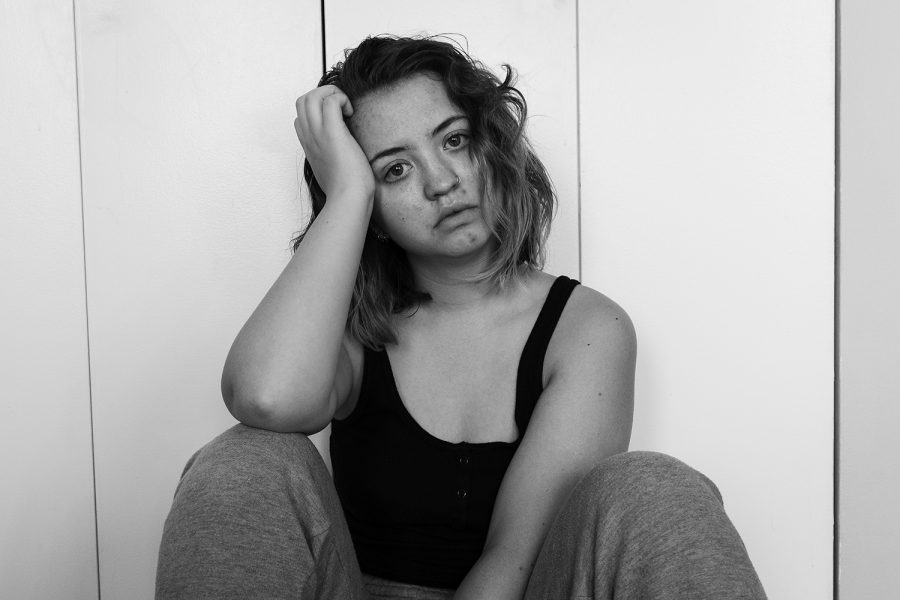 I have a form of dysautonomia that is imperceptible to others. It causes rapid heart rates, syncope, dizziness, temperature fluctuation, chronic fatigue and pain. I am what an invisible illness looks like.

I often mourn the person I used to be. I was an athlete. I played soccer and lifted weights, ran races and set records. I had long, thick hair and I could stay awake for 12 hours straight.

I did not fear going outside when the temperature was higher than 75 degrees, and I had a normal heart rate. My face was not oily, my neck not sweaty and my head not dizzy. But that version of me is so far gone now that I can barely even remember her.

I had spent the last few years feeling dizzy, tired, hot and maintaining a racing heart rate. Every time I visited the hospital, I was told it was just anxiety and all in my head. I needed to calm down, maybe try some yoga or read a book. But I had anxiety before—I was diagnosed with it years prior. I knew what it felt like, and it was not like this. I knew something was wrong; I just needed someone to believe me.

A few months later my mother and I drove five hours north to the Cleveland Clinic’s cardiology department. We spent three days there, and I took dozens of tests. On the last day I took a tilt table test, where I was strapped to a horizontal table and slowly moved to a vertical position. The test was supposed to last 40 minutes, but I passed out after 11. It was after this that I was finally diagnosed with postural orthostatic tachycardia syndrome, or POTS, a form of dysautonomia.

POTS is an autonomic nervous system disorder that affects virtually everything your body is supposed to do automatically. It disproportionately impacts women, the group most often told by the medical community that they are imagining their symptoms.

As it turns out, the dizziness was my blood not circulating correctly and pooling at my feet; the tiredness was chronic fatigue; the heat was an inability to regulate temperature; and the heart rate was tachycardia.

It took me two years to be diagnosed, which was actually quicker than most. I finally had an answer, but I was not even close to a solution. I was on beta blockers and steroids at 18, quit soccer and ate better, but nothing helped. I gained 30 pounds in one month, lost chunks of my hair and regularly visited the hospital.

Being sick is a peculiar heartache. There is no treatment and there is no end. I will not die of this, but I will not be cured either—time cannot heal me. After spending years struggling to exist, I am finally trying to live.

It’s not that I won’t let my illness stop me, because it has and it will. It has taken me a while to get to this point. I used to believe that I could persevere, that my life did not have to change. As I battle my illness, I also battle my internalized ableism.

The fact of the matter is that my life has changed, albeit through no fault of my own. I cannot do the things I once could, even if my physical appearance is mostly unaltered. My daily life is different in a hundred publicly unnoticeable ways. I walk slower and breathe heavier; I miss out on events and faint occasionally. I cannot wear my hair down when going to the grocery store; I take more time standing up, and I live in a constant state of dizziness.

I consistently deal with people not believing me, saying “I don’t look sick,” even within my own family. But I am not faking being sick. I am faking being well. Millions of people who suffer from invisible illnesses go through a thousand unseen struggles every day just to survive. I am no different.

It is excruciating to get out of bed every morning, but we do it anyway. And sometimes we do not.

Being sick is an individualized experience, and just because you can not see something, does not mean it is not real.

For now, I will continue to grow through this and fight each battle as it comes, reminding myself that some days will be harder than others. I will remember that this illness does not define me. I am not a sick person; I am just a person who happens to be sick.