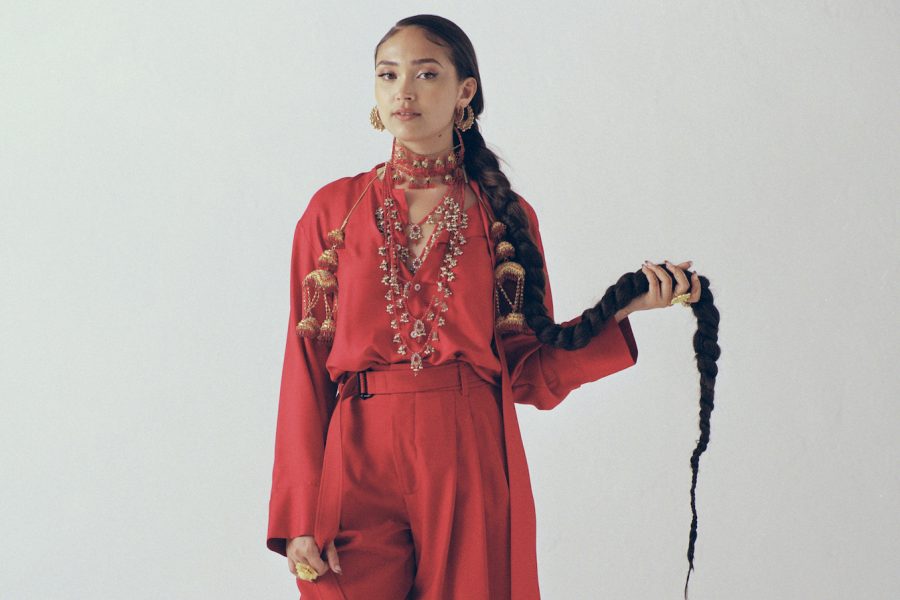 Singer-songwriter Joy Crookes performed music from her debut album "Skin" at a secret performance in front of an intimate crowd in Chicago Dec. 4 at Soho House. Courtesy of Epic Records.

Hidden in a small showroom in the Soho House, 113-125 N. Green St., a crowd with fewer than 100 people were invited to watch a secret show hosted by rising singer-songwriter Joy Crookes.

Crookes, a British artist who began releasing music at the age of 17 and now performs internationally, visited Chicago on Dec. 4, performing songs from her debut album “Skin,” released this year. The album includes some of her most popular songs, like “Feet Don’t Fail Me Now,” which has garnered more than 9 million streams, and “When You Were Mine,” with more than 5 million streams on Spotify.

“I think that EPs were like trying to drive myself, and actually I always wanted to get to the point of releasing an album,” Crookes said about the release of her debut LP. “It was informed by my life; it’s not conceptual whatsoever. It’s just different points in my life put together.

When explaining her sound, Crookes could not put herself in a category. Instead, she talked about her vocal influences.

“It’s like a real mixture of genres … like a classic-y sound,” Crookes said. “Not saying that to blow my own trumpet, but there is just a more classic sound to the music. … I gravitate towards Black female jazz musicians. I [also] love reggae because there’s an optimism but also an understanding of pain in their voices.”

Crookes’ soulful voice sang stories about her personal life, resembling powerful voices from the past like Billie Holiday, Amy Winehouse and Tracy Chapman.

Crookes produced “Skin” with Blue May, and she explained that their process involved analyzing the strengths and weaknesses of the songs and working to improve the weaker material to the point of satisfaction.

“I just wanted it to [be up to] my standards,” Crookes said. “That sounds like a basic concept, but I think a lot of people have made things they aren’t necessarily proud of, and I have, too, [but] I wanted to make sure that whatever I made I would be really proud of.”

Crookes traveled to North America to promote “Skin” through various secret shows in New York, Toronto, Los Angeles and Chicago. The secret shows started a few years ago when she was in Los Angeles and had no venue, so she announced a performance in her friend’s backyard where hundreds of people came to watch.

“I think the reason why I do [secret shows] is because it matches my ethic. I think that music is universal, and it should not have borders,” Crookes said. “It should be a language that everyone is allowed to speak … regardless if you’re a musician or not. … Music should be something that’s accessible and discovering live music should be something that’s accessible, so it isn’t dependent on how much money you have or if you can make it to a show.”

The secret show allowed Crookes’ powerful voice to serenade the room and give an intimate feel to the small group. The night was filled with relaxed conversation, whether it be about her lyrics or small talk in between songs. In order to attend her secret shows for the Soho Rising Tour, people needed to be invited via email courtesy of Epic Records or have a membership with the Soho House.

Crookes said the biggest reward she has received so far in her music career is feeling personal validation, having her own confidence before asking for others’ opinions and trusting her own instinct.

“Everyone has their own way, especially if you are someone that comes from a different background or a different circumstance to another, try not to look left and right, try to look forward,” Crookes said. “You don’t need to lick bum to make great music, just make good music and the rest will follow.”

Crookes said that while she was creating “Skin” she was more focused on the quality of the music as opposed to gaining popularity.

“The best thing about [‘Skin’] is that we have never sought for hype, we sought for quality,” Crookes said.