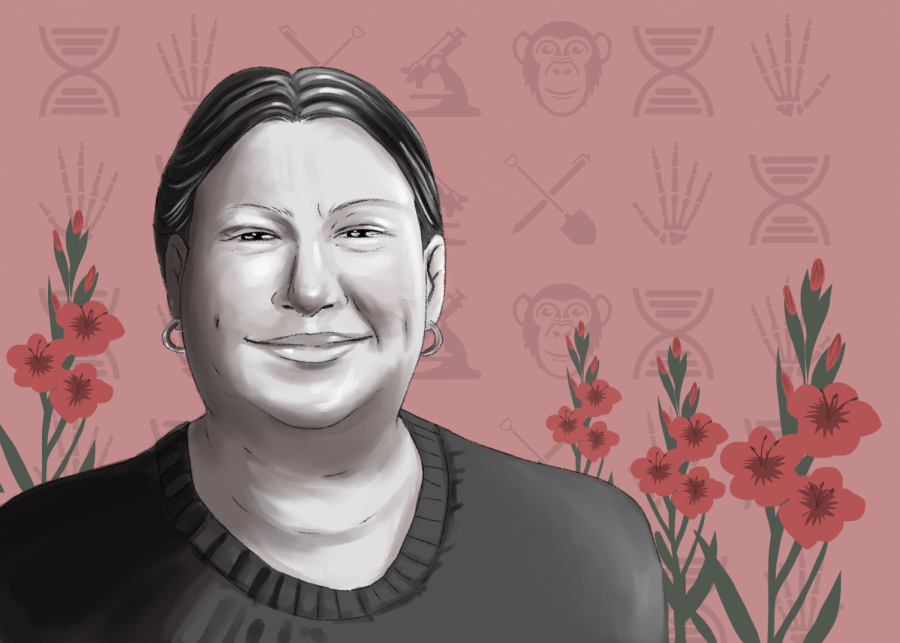 When Joan Erdman was not immersing herself in her work with Columbia, she enjoyed knitting, and was very dedicated to her family and three grandchildren — often knitting pieces for them.

Erdman, president of the Columbia College Faculty Organization and professor emerita of anthropology and humanities, died peacefully in her sleep on Oct. 2, according to a collegewide email from Steven Corey, dean of the School of Liberal Arts and Sciences.

Teaching courses in the Humanities, History, and Social Sciences Department at Columbia, Erdman was particularly fond of Indian culture. Having written two books on the patronage of musicians and artists of Rajasthan, she went on to study in Mumbai, India and in New Delhi, researching dance tradition based on Uday Shankar. Erdman even helped to bring Indian artists to America and produce tours for them, one being the musical group the Sabri Brothers.

“She really gave me an appreciation, a love and a respect for the cultural traditions of India,” said Rami Gabriel, associate professor of psychology in the Humanities, History and Social Sciences Department and one of Erdman’s apprentices. He said she was the reason he continued to study more about its culture, researching and making connections there.

Erdman started teaching at Columbia in 1986 and was a strong supporter of faculty, championing the notion that the departments should have their own dean to support their interests. Serving on numerous faculty search committees, she was president of the Columbia College Faculty Organization and played an important role in the creation of faculty rank and tenure.

In a six-page oral history interview in 2001,  Erdman said after first arriving at Columbia, she thought she “was going to be here for five years, then move on to the next thing. And here it is some 14 years later or 15 years later, and I’m still here.”

Faculty members recalled Erdman’s role as a mentor and friend.

“She was not a person that got up at a gathering or party that you would think to take a picture of because she was so much more about ideas … She was a person to listen to and to talk with,” said Andrew Causey, anthropology professor in the Department of Humanities, History, and Social Sciences.

Chair of the hiring committee at the time, Erdman hired Causey in 2000 at Columbia after he had been looking for jobs for the past five years as an academic anthropologist. The two met for the interview over brunch and dinner, and Causey recalled Erdman as generous, fun and “somebody who loved to laugh.”

Lora Koycheva, a visiting researcher at the Rachel Carson Center in Munich and Erdman’s former student, saw Erdman as a mentor and recalled tender memories of when they would go to eat at Medici or stroll through the University of Chicago bookstore and discuss ethnography. As an international student, Koycheva said Erdman would take her to Chinese restaurants for Christmas when Koycheva studied in Chicago and was far from family.

“Joan was very close to me, almost like family,” Koycheva said. “Because I didn’t have family in the U.S., on Christmas Day I was always alone, so she would come pick me up, and we would go to the only place that was open — Chinese restaurants. We would have this fantastic time together, usually discussing ethnographies and cultures.”

Koycheva said she credits Erdman for encouraging her to find passion in anthropology, and remembers many lessons Erdman taught her throughout the years.

“I think it’s fair to say the word that describes her best is ‘indomitable,'” Koycheva said. “She was somebody who had a lot of energy — personal energy and intellectual energy, and it was also the kind of intellectual generosity that were gifts of the mind she gave you.”