‘Jazz Kitchen,’ a livestream exploration of jazz and food 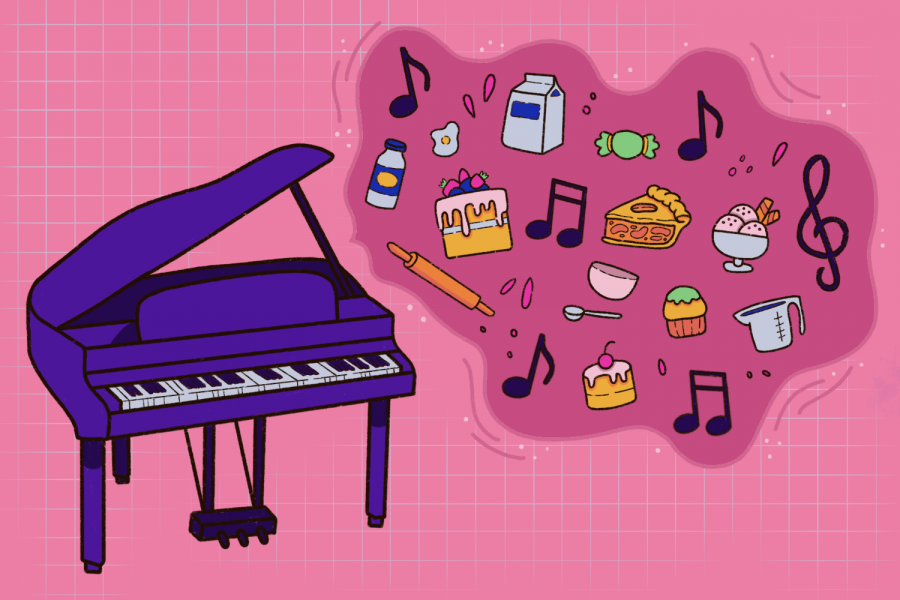 The Hyde Park Jazz Festival organization has launched a new virtual livestream series, “Jazz Kitchen,” which explores the intersection of jazz music and food and how that relationship played a role historically and still manifests itself in everyday life.

The virtual discussion-based series, hosted by Monica Hairston O’Connell, who holds a doctorate in ethnomusicology from New York University, dives into the aspects of influence that jazz music and food have on each other.

“The idea behind jazz kitchen is quite simple,” said O’Connell, the former executive director of the Center for Black Music Research at Columbia. “It’s really just to bring food and jazz together through intimate conversation with fascinating people in some, hopefully, interesting ways.”

The “Jazz Kitchen” series kicked off on Thursday, Oct. 8, with “A Woman’s Place” discussion, which focused on characteristics of care and hospitality that Black women have and how they put those into practice in the world, as well as in their own spaces.

“Our most cherished institutions, celebrations and rituals are marked by the presence of music and particular foods,” the Hyde Park Jazz Festival organization said in a Sept. 16 press release.

During the livestream, O’Connell was joined by Tammy Kernodle, a musician and professor of Musicology at Miami University in Oxford, Ohio, and Maya-Camille Broussard, founder of Justice of the Pies, a Chicago bakery at 65 Chicago Riverwalk.

Broussard said her first encounter with hospitality in the kitchen was when she was younger and would visit her great aunt’s house on the West Side, where she would eat gumbo.

The food aspect of family gatherings was just as important as seeing family members, Broussard said.

“Yes, you’re coming to see me and the family, but you’re [also] coming for a bowl of gumbo because that’s my gift to you,” Broussard said. “In terms of hospitality, I see food as a love language. For me, I believe traditionally, it’s the women who are speaking that.”

Kernodle, who grew up in Virginia, said she did not realize the importance of how much kitchen hospitality played a role in her mother’s identity as a Black woman and homeowner until she witnessed her prepare a full meal for a documentary film crew who were there to interview Kernodle.

Kernodle said her mother would let not the film crew into her house without making them feel like they were a part of the family.

“I didn’t get until that moment just how deeply tied identity is to this notion of hosting people,” Kernodle said. “In this moment, it doesn’t even matter if you are biologically linked to me. You’re going to be linked to me through this offering of food and this offering of community.”

Kernodle, who wrote an autobiography about Williams, said in the 1950s Williams rented an apartment in Harlem, New York, with the hopes that her second husband, Harold “Shorty” Baker, would join her there.

Kernodle said after realizing her husband would not be joining her at her apartment, Williams made it a sanctuary for musicians, especially those who were recovering addicts, which were people she often cared for.

“She created that space so musicians would feel like they could come, eat, socialize and feel welcomed,” Kernodle said. “Over time, that space transformed from this incubator of creative activity to a space of rehabilitating broken lives.”

Hairston said often the contributions of Black women have been reduced to domestic work by mainstream media and historical cookbooks.

“The truth of the matter is that we have always owned these spaces and shared them [in ways] that are so healing, present and future-oriented,” Hairston said.

Kernodle said Coltrane had a similar approach in life after her husband died of liver cancer in 1967. Coltrane’s home was a place where musicians came to confide in their collective sense of loss, Kernodle said.

Kernodle said she used to get angry when people would only comment on how good of a host Coltrane was instead of her talents as a musician.

“I realized, ‘stop operating in your 21st-century black feminist ideology mindset,’” Kernodle said. “What they’re telling you is that [Coltrane] created an environment in that home where their creativity could live.”

Kernodle said Williams’ Harlem apartment is a prime example of the contributions Black women have made to the world through hospitality.

“That space was such a powerful space in terms of transformation, and even revolution,” Kernodle said. “I think cultural revolutions happen at the tables of Black women’s homes.”