The Columbia Chronicle • May 10, 2022 • https://columbiachronicle.com/international-student-senator-wins-sga-senator-of-the-year-award 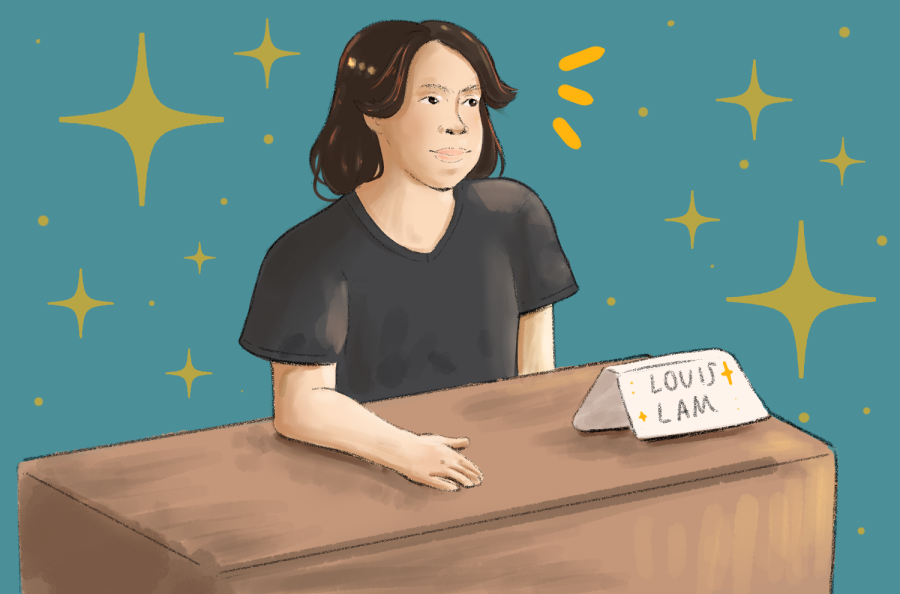 Louis Lam, international student senator for the Student Government Association and a senior communication major, joined the SGA to pursue his passion of helping other people.

Lam first came to the U.S from Hong Kong when he was 14 years old. He arrived in Florida where he stayed for seven years at a boarding school, moving out his senior year of high school to live with a host family.

“[When I came at 14] it was very overwhelming. It’s a completely new country that has a different culture [with] different accents,” Lam said. “So if there is someone [like me] that truly understands the struggles and what it takes to come to the U.S., I feel like why not help others. … That is why I took on [my] role.”

Lam’s passion to help international students has not gone unnoticed, with him winning the Senator of the Year award, receiving a record 14 nominations.

The Senator of the Year award is presented to an SGA senator who surpasses their required senator duties. It signifies outstanding service to their respective area and demonstrates an unwavering commitment to better the Columbia community.

“I feel very honored to win this award. … I still can’t believe I won,” Lam said. “I had less than a day to [gather submissions and find people] who were willing to nominate me for it. So I was not really expecting to [win.]”

Charlette San Juan, a graduate student in the arts management program and graduate assistant in the international student office, said she was not surprised he won.

“[It wasn’t] surprising at all … because Louis works really hard, and he deserves this award,” San Juan said. “I was right there during the awards day, and when he won, I expected it. That’s Louis; no questions asked.”

San Juan said Lam was one of her first friends in the U.S., whom she met through the buddy program, where incoming international students are matched with a buddy who serves as their mentor.

“[Louis] has been consistently part of [the buddy program] every semester since then, and he’s so compassionate about international students [and] learning about them and their well-being,” San Juan said. “He’s always been a leader.”

San Juan was also recognized for her efforts, winning an outstanding leadership award.

Stephaine Villanova, the coordinator of Student Organizations, said in an email to the Chronicle May 2 that Lam received the record-breaking 14 nominations, which spoke to the number of people his incredible work has impacted.

For confidentiality reasons, Villanova said she could not share any of the nomination submissions for Lam, but she noted that the nominations lauded Lam’s outstanding commitment to international students, amazing personality and tireless work ethic.

Lam said the award meant a lot to him because over the past two years he has at times found himself feeling lost and wondering whether or not his efforts were being appreciated.

“There [have been] times I [feel] I should just give up and work on something else,” Lam said. “But I keep pushing on because I know that there are students, including myself, that may not have full support on things … [such as] tax guide, insurance and all these other questions.”

Next semester, Lam said he will be stepping down as the international student senator and taking over the Chinese Student and Scholar Association, with the goal of reviving the club and pulling it closer to other student organizations at Columbia.

Lam said he wants to continue helping others by using his knowledge from 10 years of living in the U.S., including knowledge of visa processes and other information that can help Columbia’s international students.

“I’m familiar with [questions like] what is it like to get your visa, or what is an I-20,” Lam said. “I already know all this information and questions, so why not help other international students that may also have these questions.”