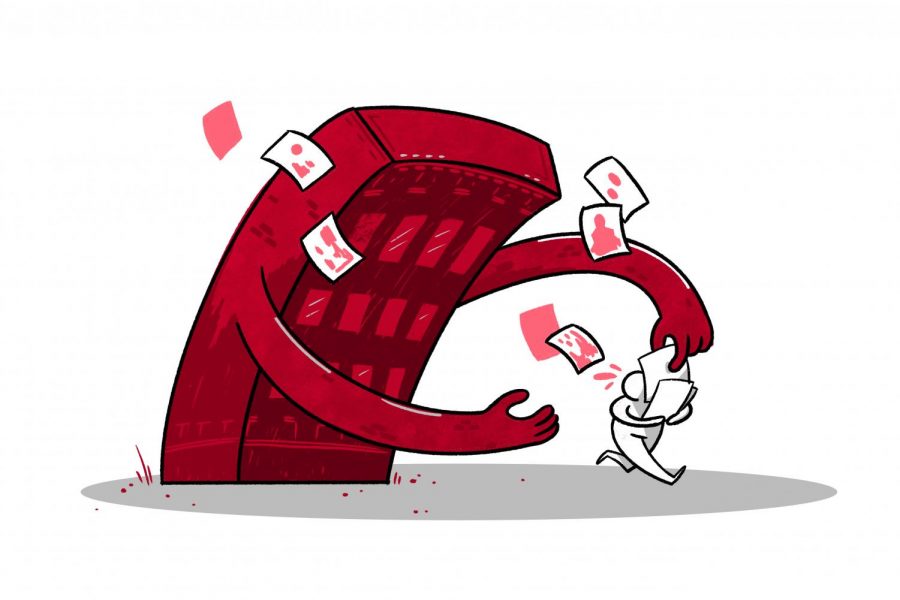 A new policy recommendation from the Faculty Senate would allow the college to use student work in marketing and promotional materials, potentially without students’ permission.

“It may be years before anything is actually implemented because it has been on the table for years,” said Sean Andrews, Faculty Senate president and associate professor in the Humanities, History and Social Sciences Department. “This is something we’ve done several times, and nothing has ever come of it.”

There is currently no policy agreement with the college, so students own the intellectual property rights to the academic and independent work they produce while taking classes at the college.

University of Chicago Law Professor Jonathan Masur said intellectual property is a legal right to an idea, expression or work of art, and students at most colleges who create work own the copyright.

“The Office of the Provost is reviewing the [intellectual property] policy proposal from the Faculty Senate and plans to work from it to develop a collegewide policy,” said Senior Director for the News Office Lambrini Lukidis in an April 10 email statement to The Chronicle. “That development will include consulting with our Office of the General Counsel and reviewing policies in place at other private colleges.”

Students at the School of the Art Institute own any academic or artistic work they make, except in the case of projects sponsored by the school, work backed by individual agreements with the school or when substantial use of school resources are used and documented, according to SAIC’s Intellectual Property Policy.

Under the recommended policy—which will need to be reviewed by legal counsel and the provost before being put into effect—the college would have a non-exclusive, royalty-free license to use any work students create using the school’s resources to be featured in marketing campaigns.

For example, the school could mention a student’s short film they created in a course or include a clip from the short film in a Facebook promotional video.

“[Students] have a very strange understanding of what intellectual property rights mean in this culture,” Andrews said. “I don’t know how students will react, but I hope there will be a conversation about it. Ideally, it would be something that students feel they can weigh in on.”

Per intellectual property guidelines, the student should be credited. However, Andrews said the need for students to give permission for their work to be used and whether they are compensated would be decided on a case-by-case basis.

“We need to have something in place, not so the college can profit from student work, but just so we can feature it,” Andrews said.

For Masur, the policy proposal seems “heavy-handed” because students would usually be delighted to have their work featured. He added that the school could be using this policy to avoid bargaining or compensating students for their work.

Student Trustee for the Student Government Association and junior public relations major Veronique Hall said the policy would be a positive addition if students are guaranteed credit and, in some cases, compensation.

“This is what we’re here for. The fact we have the possibility and opportunity to get our work out there is great,” Hall said.

In either case, Masur said the school needs to notify everyone of the rule if implemented so no one is “surprised unhappily after the fact.”

“People always worry about their art being put to use as they don’t intend. People are often very personally attached to their art,” Masur said. “If I were a student … I might be a little worried the school would use it for some purpose I didn’t approve of.”

Faculty Senate members have been pushing for an intellectual property policy to guide the college on clear ownership mandates for faculty.

During a Sept. 14, 2018, Faculty Senate meeting, Associate Professor in the Interactive Arts and Media Department Dave Gerding said senators have received pushback in the past on proposed policies from administrators.

“We came up with a policy that would’ve covered faculty [and] thought the administration might be interested. It evaporated,” Gerding said during the meeting. “There’s been resistance. There’s never an impulse to clarify IP because it’ll mean having an honest conversation with faculty.”

Andrews said establishing  an intellectual property policy for the faculty and staff may move quicker under incoming provost Marcella Davis, who has a law background.

“It is necessary there is open dialogue between faculty, administration and students [when] proposing this, especially since it’s students’ work,” Hall said.