In the Booth: with alt-rock Columbia band SŌK 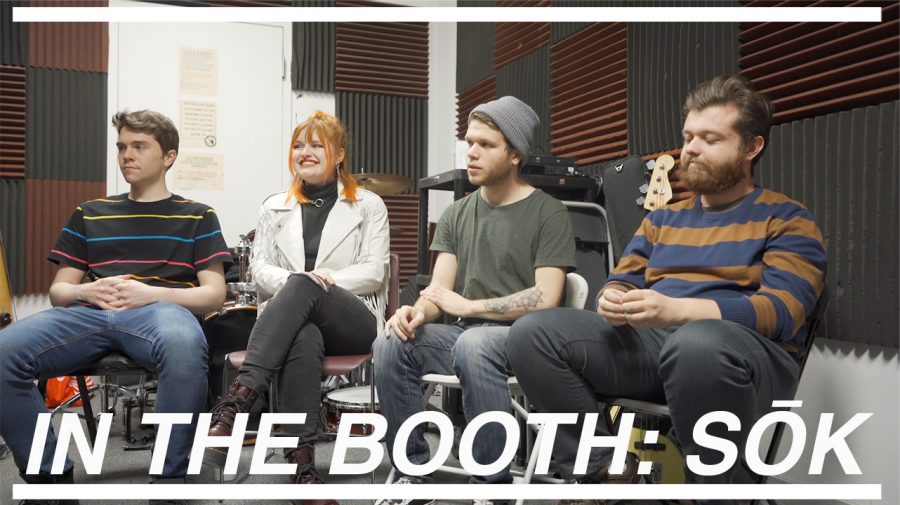 With its expansion of multimedia and Chicago-based music coverage, the Chronicle kicks-off its latest video series “In The Booth” with seasoned music reporters Managing Editor Kendall Polidori and Photojournalist Steven Nunez.

For the first segment, the Chronicle crammed into one of the college’s very own practice rooms in the 1014 S. Michigan Ave. building along with with SŌK, an up-and-coming alternative-rock group, ahead of their scheduled practice.

Nink said the three songs on the EP, released Jan. 31, were “born out of … certain ideas, lyrics and riffs,” which the band brought together by jamming and experimenting to see what works best because they all have different styles and sound.

The band touched on their creative processes for writing, recording and producing their work, specifically as art students simultaneously studying their craft in academia.

As a band fairly new to the Chicago music scene with original songs ready to record and produce, SŌK hopes a full-length album is in sight.

See more from SŌK on the Chronicle’s premiere of the monthly series “In the Booth.”