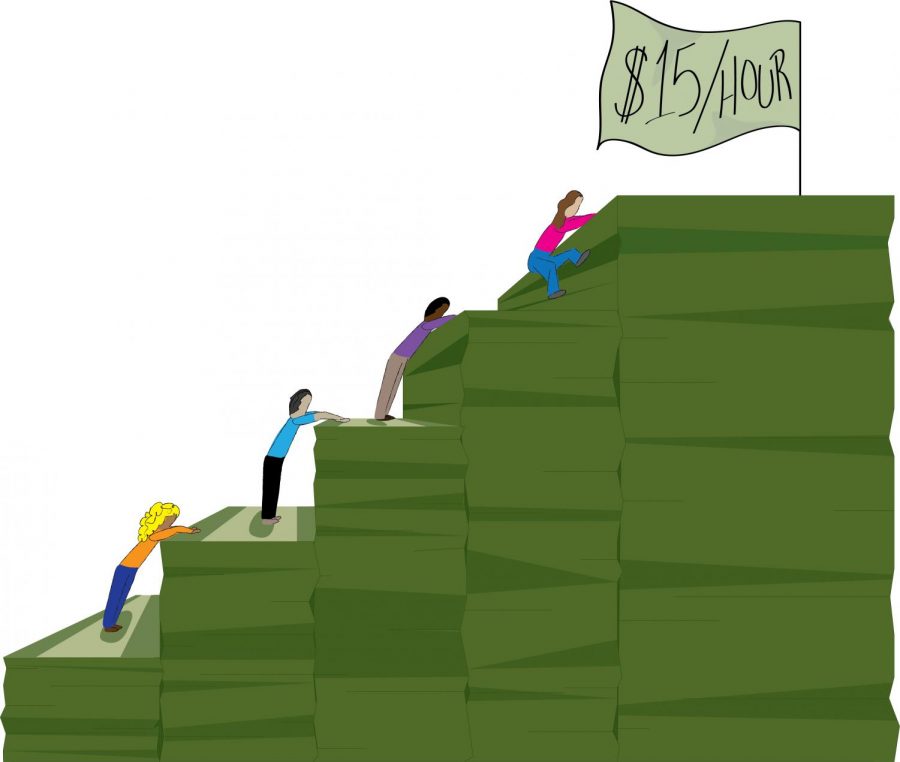 The state’s minimum wage is on its way to $15 by 2025 after the Illinois House passed a bill calling for the boost in pay  Feb. 14.

The bill passed the Senate earlier this month and is now on its way to Gov. J.B. Pritzker’s desk  for his signature.

Democratic legislators hope to have the new bill on Pritzker’s desk to sign before he delivers his first budget address Feb. 20, according to the Associated Press.

Illinois Representatives attempted to pass the wage hike while former Gov. Bruce Rauner was in office. In August 2017, Rauner vetoed House Bill 81, which would have increased the minimum wage to $15 over the span of four years.

“If we want to lift people out of poverty, we need to pay people a fair and decent wage that respects the dignity of their work,” Rep. Will Guzzardi (D-Chicago) said on the House floor, according to a Feb. 14 Chicago Tribune article.

Similar words of support were spoken earlier this month when the Senate passed the legislation.

“If you look back over the history of the minimum wage, you will see that it [has] not kept up with the rate of inflation,” said Sen. Bill Cunningham (D-Chicago).

Cunningham said if minimum wage had been a priority of state politicians, Illinois could have already increased it to the $18 to $19 range by now.

“Our economy has evolved, and there are fewer industrial jobs … for low skilled workers, and workers [without] college degrees,” Cunningham said.

Cunningham added that when he was younger, minimum wage workers were not the main source of income in families, but now, many people are relying on them.

Although the majority vote was in favor of the bill, not a single Republican senator voted for the minimum wage increase, which passed by a 39 to 18 vote. Sen. Jason A. Barickman (R-Bloomington) said he had student employees in mind when casting his vote because the state employs thousands of them on college campuses.

“Universities, I believe, will be forced to choose between laying off these student workers and raising tuition,” Barickman said. “Both of those  solutions to me are unacceptable.”

Alex Stepanek, junior radio major and student employee in the Communication Department, said the minimum wage increase would be helpful for student employees, but he is conflicted when it comes to the possible ripple effect it may have.

Stepanek compared the potential consequences to what happened when it was raised in Michigan, saying the cost of necessities such as gas, milk and eggs went up along with the pay hike.  Michigan will have another increase in March 2019.

Although Stepanek sees possible negative consequences that may come from the wage increase, he still believes it is beneficial.

“That is a very good move because the cost of everything has been going up, especially in the city,” Stepanek said. “I’m for it.”