Home of Emmett Till receives landmark plaque: ‘A pivotal role in this neighborhood’s next chapter’ 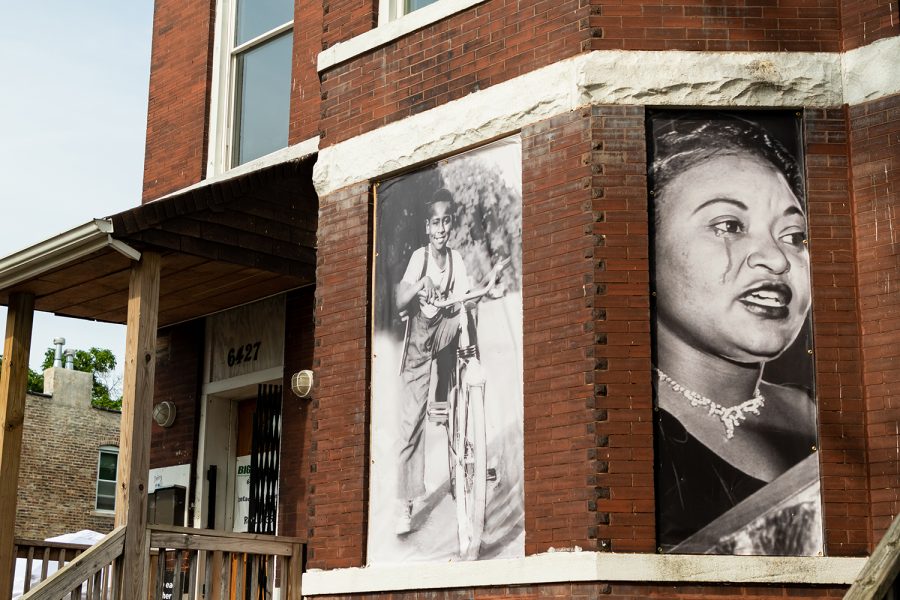 Photos of Emmett and Mamie Till hang on the windows of their former home in Chicago's Woodlawn neighborhood.

Editor’s Note: This story contains details of a violent historic event that may cause discomfort for some readers. The Chronicle felt it was necessary to include for historical context.

Naomi Davis, the founder of Blacks in Green, and community members of Chicago’s Woodlawn neighborhood gathered at the home of Emmett Till and Mamie Till-Mobley to celebrate what would have been Emmett Till’s 80th birthday.

After surviving many years against the test of time, the red brick two-flat apartment building at 6427 S. St. Lawrence Ave. was purchased by Blacks in Green, which will begin a three-year restoration to return the house to what it looked like when Emmett Till left Chicago for Mississippi.

The Chicago City Council named the house a historic landmark in January. At the July 25 celebration, the house received its plaque honoring it as a landmark.

In 1955, Emmett Till visited his great uncle in Mississippi where he was tortured and mutilated by two white men after allegedly flirting with a white woman. His death caused a ripple effect and an awakening for the civil rights Movement of the 20th century.

Blacks in Green is a non-profit that develops “walk to work, walk to shop, walk to learn, walk to play villages for African Americans.” Davis spoke on her hopes and the future of the Emmett Till and Mamie Till-Mobley home, calling it “a pivotal role in this neighborhoods next chapter.”

“A dilapidated building with five pages of code violations has been recently recognized by the City of Chicago as a historic landmark,” Davis said.

Now, with official landmark recognition from the city, Davis hopes to turn the historical site into “a centerpiece of heritage and tourism.”