Have ‘A Merry Punking Christmas’ this holiday season 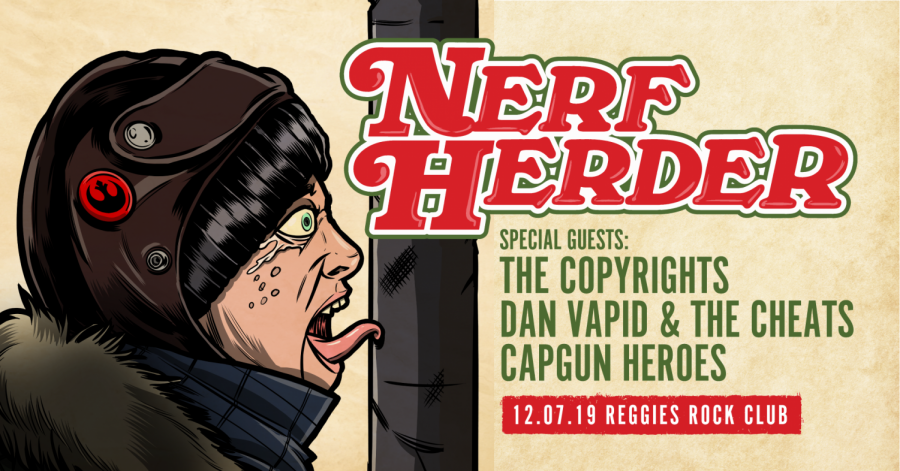 This year, rather than skipping along to a caroling tune, some local musicians and fans may find the Christmas cheer in a hardcore holiday celebration that melds Christmas lights, punk-rock instruments and “Star Wars” decorations into “A Merry Punking Christmas.”

The Copyrights, a pop-punk band from Carbondale, will open for Nerf Herder. Adam Fletcher, The Copyrights’ singer and bassist, said the band has performed a few benefit shows before, which could be due to the vibe and attitude of punk music as a “socially aware” and “accepting genre.”

After putting together the first-ever T1 Fest in November, a benefit concert for people with Type 1 diabetes, Jim Costanzo, the founder of PunkHead Presents––a concert series through PunkHead Records––will bring together the punk rock community once again to raise money for the JDRF, formerly known as the Juvenile Diabetes Research Foundation, the Greater Chicago Food Depository and the Toy Box Connection. All proceeds from tickets sales will go toward the charities.

Michelle Maxia, director of the Toy Box Collection, said while the charity has participated in a number of events before, this is the first time they are part of a music benefit show. She said there is no way the charity could reach as many children without new groups and faces stepping up to support them.

With the same goal of raising money for those in need, Costanzo said he hopes to put on multiple benefit shows a year, with plans for another T1 Fest already set for May 2020. All shows will have a main focus of raising awareness for Type 1 Diabetes, but what makes “A Merry Punking Christmas” even more special is the recognition of families in need this time of year.

Growing up, Costanzo’s family did not have a lot of money, but he never experienced what it was like to not have food on the table or presents under the tree on Christmas Day. He said there are so many people who could use extra help with getting food and children who deserve a great holiday season.

“Our goal with Punk Head Records and T1 Presents is every show we’re going to do, we are going to figure out how we can benefit and help those in need,” Costanzo said.

While the holiday season is often a time of giving, Maxia said the idea of “need” has no specific season. She said the joy and beauty of the benefit show is creating awareness that there is always a need.

“Everyone can feel a part of something incredible when they’re helping another human being, and anyone struggling with purposefulness will find purpose,” Maxia said.

Along with ticket proceeds going to charity, Costanzo also encourages those attending to bring any non-perishable food items or toys they have—and he wants people to remember to help out older kids as well, not just younger ones. Attendees who bring gifts will automatically be entered into a raffle for a chance to win items like signed guitars, records, show posters and gift baskets––some of which have been donated by record labels such as Fat Wreck Chords, Red Scare Industries and Siren Records McHenry.

“Kudos to the music community that steps up and does this,” Maxia said.