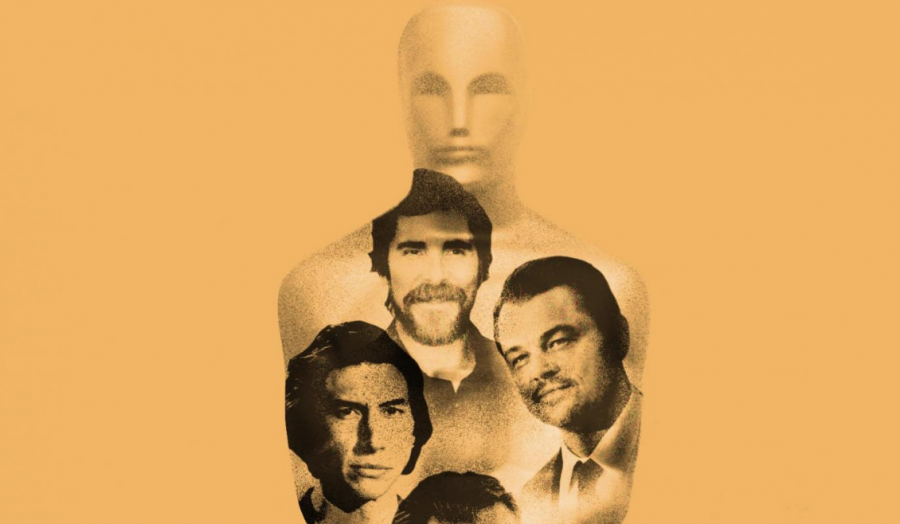 It has been an exceptional year for film, and the race for the Best Actor award feels more competitive than ever. With the Academy Awards just three months away, here is a look at five front-runners:
1) Joaquin Phoenix, “Joker”
In Todd Phillips’ gritty DC drama “Joker,” the audience gets a new look at the famous Batman villain by way of childhood bullying and mental health. Joaquin Phoenix plays Arthur Fleck, a clown-for-hire by day and his mother’s caregiver by night. He also plays Fleck’s alter-ego, the Joker—a broken, traumatized man who is driven into a maddened, murderous rampage avenging himself by harming those who have done wrong by him. The testament to Phoenix’s acting is not just the delicacy and sensitivity he puts into the role but his ability to make the audience sympathize with Fleck and perhaps even find justification for his horrific actions. These small nuances make Phoenix the one to beat.
2) Robert De Niro, “The Irishman”
Martin Scorsese’s latest film, “The Irishman,” reunites the director with his long-time collaborator, Robert De Niro. Based on the book “I Heard You Paint Houses,” this film explores the disappearance of Jimmy Hoffa—portrayed by Al Pacino—with De Niro playing the lead role of Frank Sheeran, Hoffa’s alleged killer. What makes “The Irishman” special is it feels like the type of performance De Niro could have only given at this point in his career. The performance is weighted, layered and complicated. De Niro not only seems comfortable but confident. He knows what he can bring to the table, and he serves his audience happily.
3) Adam Driver, “Marriage Story”
At just 36 years old, Adam Driver has already worked with some of Hollywood’s greatest directors: Clint Eastwood, Steven Spielberg, Martin Scorsese and Spike Lee. In his latest film, “Marriage Story,” Driver teams up with director Noah Baumbach for their fourth collaboration. He plays Charlie, a husband and father in the midst of a divorce, fighting to keep his family together. Driver invites the audience in to be flies on the wall to watch this intimate destruction of a life once known. From quiet moments crying alone to explosive arguments with his wife to his tender performance of Stephen Sondheim’s “Being Alive” at a bar, Driver’s warmth, compassion and vulnerability in this film make him a standout.
4) Leonardo DiCaprio, “Once Upon a Time In … Hollywood”
In a year of reunions between actors and directors, Leonardo DiCaprio again joins forces with Quentin Tarantino following the success of 2012’s “Django Unchained.” In “Once Upon a Time In … Hollywood,” DiCaprio plays Rick Dalton, an actor transitioning from television to films and fearing for the death of his career. He’s an alcoholic who is lazy, deeply insecure and relies on the companionship of his stunt double, Cliff Booth—portrayed by Brad Pitt. In a crowd-favorite scene, DiCaprio has a full-blown tantrum in his trailer where he berates himself for his alcoholism and the subsequent effects it has on his job. His performance is just as gloomy, at times, as it is hilarious. An Academy nod for DiCaprio would be a cherry on top to this fun, fresh film.
5) Christian Bale, “Ford v Ferrari”
Films that have two leads usually make for a tough time at the Academy Awards, and such is the case when it comes to Christian Bale and Matt Damon in James Mangold’s “Ford v Ferrari.” Both actors share equal screen time, and the film is just as much about one as it is the other. But if I had to choose, my money is on Bale for the nomination. Taking on the role of Ken Miles in the true story of the race at the Le Mans competition in 1966, Bale puts it all on the line for this action-packed thriller. From the palpable chemistry between him and Damon to the moments that allow him to show Miles fueled by the adrenaline of competition, one-upmanship and racing, Bale truly delivers in this heart-pumping film.

Kaleena Steakle is a junior filmmaking major. Though originally hailing from the Chicagoland area, she spent 12 years living in Texas and is happy to be back in her hometown. She writes this column in the hopes of getting students interested and excited about movies by learning to view them critically.