Guest Column: American recognition of the Armenian Genocide is a long-overdue victory 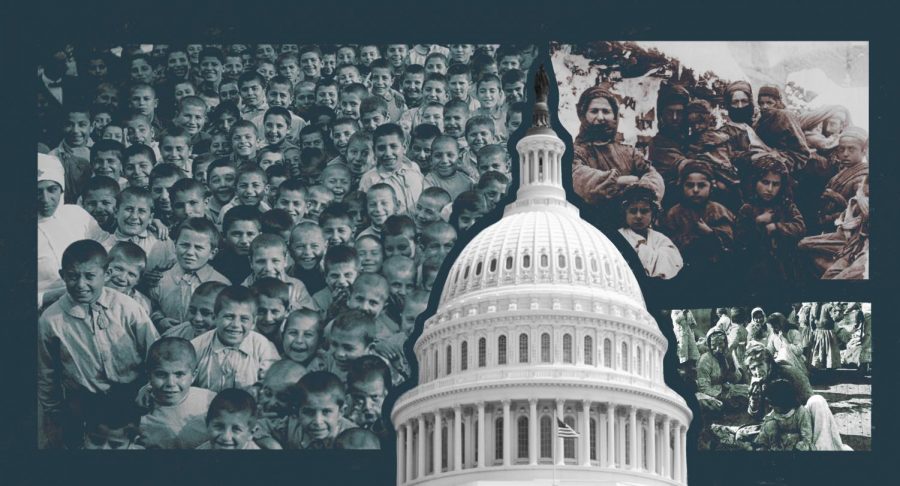 “Ուշ լինի, անուշ լինի,” translates to “Let it be late, let it be good,” an Armenian proverb tweeted by Armenian American journalist Liana Aghajanian just after midnight on Oct. 30. The proverb is a perfect summary of how Armenians around the world felt collectively when the U.S. House finally passed a resolution on Oct. 29 to recognize the Armenian genocide, 104 years after its atrocious occurrence.

As a previous staff member at the Chronicle, I wrote a commentary for Armenian Genocide Remembrance Day, April 24, about why Americans should recognize the genocide, and I am absolutely ecstatic to finally see it come to fruition.

Starting in 1915, the Turks of the Ottoman Empire killed 1.5 million Armenians.

As a result of the genocide, Armenians were left displaced all over the world, leaving more in the diaspora than in Armenia today—the same reason my great-grandmother fled to America. Despite all of this, Turkey has never recognized the genocide and, until now, America has not either. This is a tremendous victory for my ancestors and Armenians around the world.

Rep. Adam Schiff (D-Calif.) pushed for its resolution for 19 years, according to his heartfelt speech on the House floor, after his many Armenian American constituents educated him on the topic. Between tears and pauses, he said, “What we can do, what we must do, mister speaker, is state the facts. We can say that ‘The Ottoman Empire committed this grotesque crime against the Armenians. But their campaign of extermination failed. And above all, we will never forget and we will never again be silenced.’”

Turkish President Recep Tayyip Erdoğan not-so-surprisingly responded to the vote by saying American lawmakers had “no right to give lessons to Turkey,” according to an Oct. 30 article by The New York Times.

In a 405-11 vote, Rep. Ilhan Omar (D-Minn.) was, surprisingly, one of the 11 who voted against the resolution. After receiving backlash on Twitter for her decision, Omar tweeted:

My issue was with the timing and context. I think we should demand accountability for human rights abuses consistently, not simply when it suits our political goals.

So, 104 years isn’t enough time? An entire ethnic group being killed, and the remainder displaced, cannot continue to be ignored.

Luckily, the rest of the House did not agree with Omar, and our victory ensued. For my Armenian grandparents, for the countless Armenians left displaced and for the 1.5 million who were killed as a result of an attempted ethnic cleansing, we can finally rejoice at the recognition. Our cries have finally been heard.

As the Armenian proverb suggested, “Let it be late, let it be good,” indeed.