The Columbia Chronicle • May 18, 2021 • https://columbiachronicle.com/graduate-studies-dean-candidates-present-ideas-for-the-future 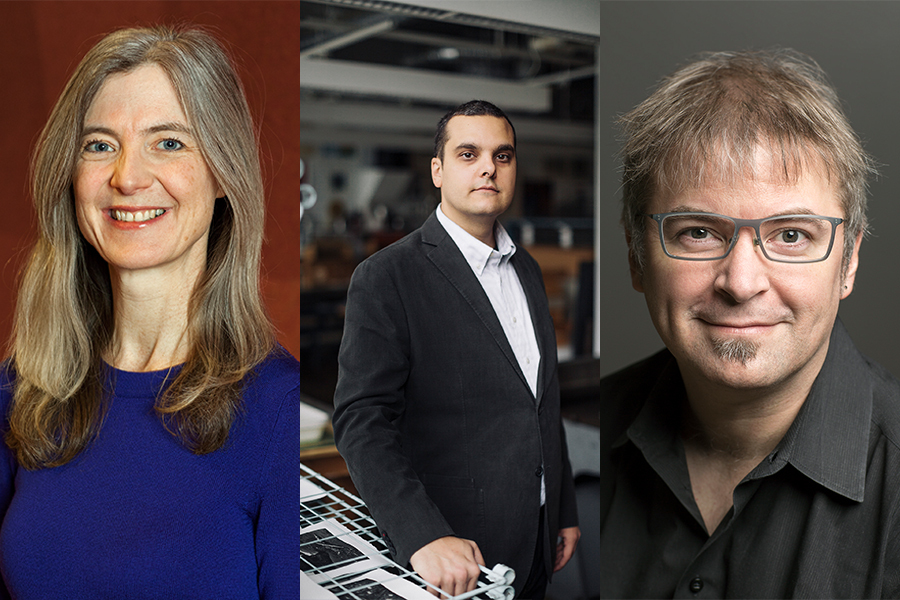 By Mateusz Janik and Camryn Cutinello

As the spring semester concludes, Columbia is preparing to hire one of three final candidates for the dean of the School of Graduate Studies position.

“Our graduate enrollment remains strong, and the graduate students with whom I have interacted this year are everything we could hope for: smart, engaged, interesting and invested in their creative practices,” said Senior Vice President and Provost Marcella David in an April 1 collegewide email announcing the search for a new dean.

Over the course of a week starting on Thursday, May 6, the three candidates presented over Zoom and spoke of their qualifications, as well as sharing their vision for graduate education at Columbia.

With David moderating, the three candidate forums included Paul Catanese, professor and director of Graduate Studies in the Art and Art History Department; Suzanne McBride, professor and chair of the Communication Department; and David Tarleton, associate professor in the Cinema and Television Arts Department.

“How might we have to rethink the traditional delivery models that we use to deliver our education in general in order to accommodate a larger body of graduate students?” Kim asked.

Yonty Friesem, director of graduate studies and assistant professor in the Communication Department, said the role of dean of the School of Graduate Studies consists of creating, revising and implementing policies related to graduate admissions, graduate studies, graduate assistantships and graduate faculty status.

The new graduate dean will serve as a permanent replacement to the current interim dean, Jeff Schiff, who has held the position since 2019 after replacing Pegeen Reichert Powell, the previous interim dean and current chair of the English and Creative Writing Department.

“It’s a tough job to do and a very difficult one, but highly needed,” Friesem said. “From my point of view, I would like to see that the new graduate dean will continue on the work that has started with Pegeen and Jeff.”

Faculty and staff completed online surveys evaluating each candidate after their presentations, and the position will be filled by early June, according to a May 10 email from the provost’s office.

Catanese, both a professor and director of Graduate Studies in the Art and Art History Department, said during his Thursday, May 6 presentation that he plans to raise the profile of the graduate school at Columbia while focusing on students’ needs and collaboration across the school.

Catanese came to Columbia in 2008 to join the Interdisciplinary Arts Department as a graduate faculty member and has served on more than 50 thesis committees, while having taught 50 sections of 16 graduate courses.

On the topic of national trends, Catanese said he wants to explore the idea of offering graduate certificates across the college, as students have shown interest nationally with 10% growth over the last year, as reported by the Chronicle of Higher Education on April 29.

Catanese said other institutions have been offering graduate certificates in diversity, equity and inclusion, and it may be something to consider for Columbia.

Catanese said the graduate programs should look for ways to make degree pathways more flexible and accommodating for students while implementing inclusive policies for non-matriculated students, or those who leave the program for periods of time.

Catanese said when the school founded the new Fine Arts program for the Art and Art History Department, they looked at feedback from recruiters which showed students were more likely to sign on to pursue a two-year degree rather than enroll in a three-year program.

Referencing complex collaboration from Kim’s address, Catanese said he wants to build upon this idea, creating an “interdisciplinary roof as a place to incubate new work.”

Catanese said the graduate school should consider joining organizations like the Council of Graduate Schools to learn more from other institutions and how they work.

“When I think about articulating a vision of graduate education at this school, I think we need to focus on the student’s success,” Catanese said.

In addition to being Communication Department chair and professor, McBride is also an assistant metro editor at the Chicago Sun-Times. She has launched two local, Columbia-based websites—AustinTalks.org, a hyperlocal news site that covers Chicago’s West Side, and ChicagoTalks.org—which have featured the work of hundreds of Columbia students.

As a journalist for more than three decades, McBride was an editor and reporter at the Indianapolis Star, among other news outlets. She was chosen as a Fulbright Scholar and researched online journalism and taught news reporting at the Dublin Institute of Technology in Ireland. She has also led several J-term trips to Ireland.

Throughout her presentation on Monday, May 10, McBride discussed potential new additions to revamp the graduate program and some tough choices that might need to be made.

McBride shared insights on her experience teaching graduate education. In her 16 years with Columbia, she said she has taught more than 150 graduate students. She talked about her students’ immersive graduate school experiences, including the time she took students to Springfield where they covered Barack Obama’s 2007 announcement that he would run for president. She said her experience with students has helped her shape the way she wants to advance graduate education at Columbia.

“We really want to be thinking more broadly about what it is that [the students are] trying to get out of this graduate education and be open to the idea that it can be for many different reasons and perhaps different from our own,” McBride said.

McBride talked about making some tough choices when it comes to graduate programs that are not succeeding. She cited her own experience when, as chair of the Communication Department, she made the decision in 2018 to suspend the graduate public affairs journalism program in part due to declining enrollment.

The program had existed at the college for 30 years, but had been experiencing a steep decline in enrollment, so McBride, along with faculty members, made the decision to suspend the program.

McBride said these are decisions that may need to happen more often because, while difficult, it opens the door for new programs that could lead to higher enrollment.

As dean, McBride said she would look at new avenues to boost enrollment.

McBride discussed adding adult education classes for people, such as early retirees, who might not want a full degree but are interested in starting a new career. She said offering classes outside of a degree pathway would potentially interest many adults looking to learn new skills.

Tarleton, whose promotion to full professor beginning the next academic year was recently announced by David, shared his priorities during his Tuesday, May 11 presentation.

Tarleton, the director of graduate studies for CATV and the current vice chair of the Graduate Council, has worked in Hollywood for 27 years as a producer, director and editor for Sony, Walt Disney, Warner Brothers and Universal, among others.

During his time on the Faculty Senate, Tarleton spent two years as the chair of the Academic Affairs Committee, where he led the process of writing the current Curriculum and Academic Policy Manual.

Tarleton discussed his main priorities, the first being the students. He shared his ideas on non-traditional models, such as offering certificates or stackable classes where a student could go at their own pace. He said many students have to work full-time now or have other responsibilities and offering a more flexible model could boost enrollment.

“We have to meet students where they are, not where we hope they would be,” Tarleton said.

Tarleton said that as the new dean he would examine the current programs and figure out how to better improve enrollment in each program. He also said he would look at what the role of graduate education means to the students and how the program can help better prepare them for the professional world.