Get over the distance: research shows long-distance couples just as successful 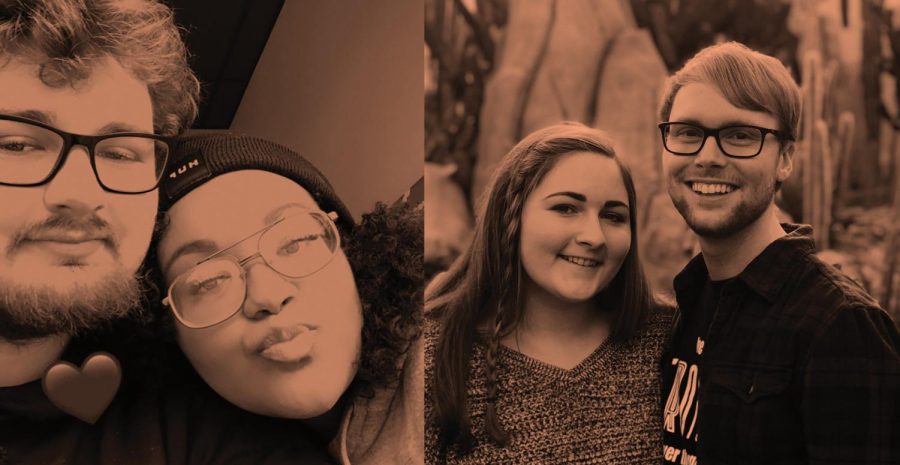 When Katherine Yunek and Trevor McDonald met on the set of a theatre production during their junior year of high school, they had no idea their lives would one day intertwine romantically.

Yunek, who worked on the tech crew, said they were nothing more than acquaintances at first.

“I always say that I zoned him; I didn’t even friend zone him,” Yunek said. “I don’t even think we were friends.”

But during the summer of 2018, they grew closer. They began talking and hanging out more.

The two made it official in November 2018 when they were sophomores in college. Yunek was still living at home in Sycamore, Illinois, while at the time McDonald was two hours away attending Carthage College in Kenosha, Wisconsin. Despite the distance, they dedicated themselves to making it work.

“He was only two hours away,” Yunek said. “He would come [home] quite a bit to see his family, and I would see him. If we really missed each other, it would be like, ‘Okay, let’s meet halfway. It’s an hour.’”

However, the distance increased substantially when Yunek moved to Idaho to attend Boise State University. She said keeping up with their relationship became more difficult because of a lack of communication.

“Since it was the beginning of our relationship, we were texting all the time and calling all the time,” Yunek said. “Now, we’ve mellowed down, and we don’t get to see each other all the time.”

The couple said one of the hardest things about the distance is trying to communicate while going about their activities on a daily basis.

“Our relationship revolves around little tidbits of information about your day-to-day life,” McDonald said.

Yunek and McDonald have been together for more than a year now and have been long-distance nearly the entire time, constantly working on staying together despite the mileage.

In a 2015 study measuring the quality of 1,142 long-distance relationships, a team of researchers from Queen’s University in Ontario, Canada, found long-distance couples achieved the same level of success as close-proximity couples in areas like satisfaction and intimacy.

All of the couples surveyed were in their 20s, with 30% of them being recent college graduates and 77% of heterosexual orientation.

Jill Coleman, an associate professor of psychology at Roosevelt University, said making sure a partner’s basic needs are met is a primary factor in determining whether a long-distance relationship will be successful or not.

“The literature seems to suggest that it has to do with what people call relationship maintenance behaviors,” Coleman said. “Those are behaviors that involve putting energy into your relationship, checking in with your partner, trying to meet their emotional needs, [doing] things that are good and fun for them. Those are really the same whether you’re in a long-distance relationship or a geographically close relationship.”

While communication is key to the success of any relationship, it is especially vital for couples who are long-distance. Coleman said technology has made it easier for couples to communicate due to the different options they have at their disposal.

Although communication is easier today, the lack of in-person contact is still a large hurdle for some.

Senior contemporary, urban and popular music major Janet Henriques said “untimely circumstances” and lack of face-to-face communication were hardships she faced in her own long-distance relationship.

“There really is something about a bond you make in-person with someone that is so much different than you could ever try to do over the phone,” Henriques said.

“The dynamic of having someone who was there at the end of the day, but being busy and passionate during the day, it just felt right,” Henriques said.

Successful long-distance relationships also require a high level of dedication from both partners.

Sophomore music business major Paul Whittaker said he was committed from the very beginning, but seeing the same level of loyalty from his girlfriend reaffirmed his faith in their relationship. He said being long distance has only strengthened ties between them.

“Our relationship [has gotten] ten times stronger based on being long distance because of the challenges it brings when you’re not together,” Whittaker said. “You can’t just drive over or walk over to her house.”

Along with loyalty, being aware of the hardships both partners face also helps.

“[We] are going through the same thing,” Yunek said. “I don’t get to see him everyday, he doesn’t get to see me everyday. You have to acknowledge the fact that you both go through hard times.”

McDonald said it helps him to keep the short term in mind while also looking toward the future.

“I go day-to-day,” McDonald said. “[I’m] just trying to make sure that I do the best I can for the relationship … while also looking forward to the future when we can actually get together.”