From the closet to the catwalk, queer fashion is a form of self-expression 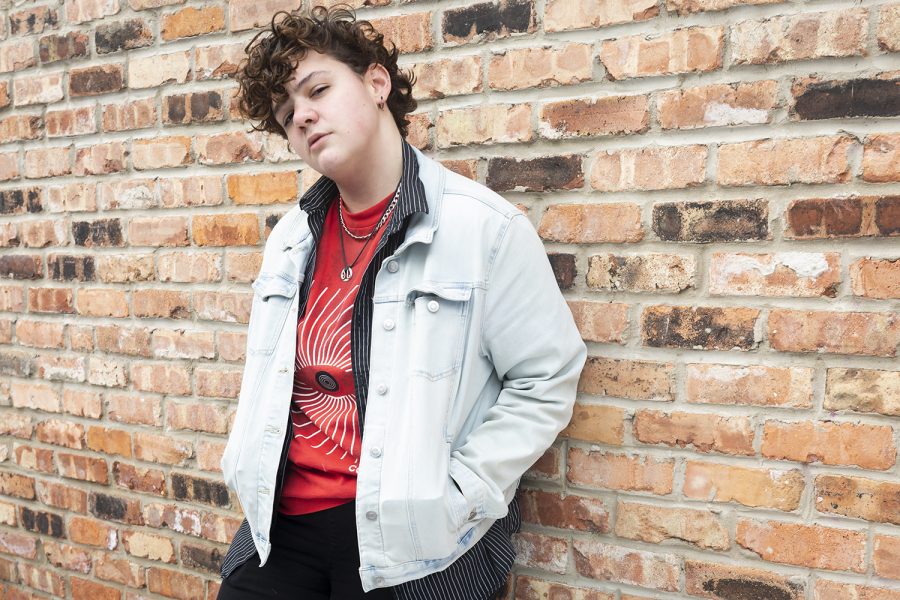 By Kaylie Slack , Director of Photography

From pop-culture icons like singer-songwriters Janelle Monáe and Elton John and actress Laverne Cox, to trends debuted in the late 20th century at Harlem’s famous drag balls, the LGBTQ+ community has consistently and unabashedly shaped the fashion world.

The queer community has transformed fashion into a form of unapologetic self-expression and utilized it to signal their existence to others. They have created their own culture, both derived and adapted from the LGBTQ+ people who came before them.

Queer fashion can range from vibrant to desaturated colors, from sparkles and sequins to mesh and turtlenecks. It can be composed of looks straight off the catwalk or be as simple as jeans and a T-shirt.

Heather Milne, associate professor at the University of Winnipeg specializing in queer theory and literature, said the LGBTQ+ community has historically adopted different trends and styles to connect with others existing in the same spaces.

“When identities were … outlawed, queer folks signified to each other through their clothing,” Milne said. “[Fashion] was one of the ways that LGBT folks [could say] ‘I’m here. I’m queer.’”

Aidan Henry, a freshman acting and marketing double major who identifies as queer, believes LGBTQ+ people have a different eye for fashion because they have different lived experiences than those existing in cisgender, heteronormative spaces and are more likely to unapologetically be themselves because of it.

“Queer people [are] already bogged down and told what we are is wrong,” Henry said. “If the world is going to look at us as freaks, let’s be freaks.”

Bold choices and large statements are nothing new to Henry, whose fashion icons include actor Billy Porter and American drag queen Naomi Smalls. Henry said the LGBTQ+ community is at the forefront of fashion, and everyone else follows.

Henry said he has never fully understood where he is in terms of sexuality and gender and does not care to find out. He said he uses clothing as a way to express how he feels on the inside because he cannot communicate it with words.

“[We] see these queer icons coming into heteronormative spaces being daring and being different, and … that immediately becomes the status quo,” Henry said. “Queer people, [especially queer people of color], are the motherf—— trendsetters!”

However, as much as queer fashion can be exuberant and flashy, it is important not to fall into stereotypes. The LGBTQ+ community is extremely diverse, which means there are also people in the community who rarely think about fashion, or do not think about it consciously, Milne said.

Ariana Kanaya, a junior acting major who identifies as queer, said a lot of the differences between queer and heterosexual forms of expression lie in “stereotypes and people’s fear of breaking from concrete norms.”

Kanaya said that while style is a large outlet for self-expression, it is important not to generalize or exclusively think of queer fashion in one way.

“Especially in media portrayals of queer characters, [fashion is] often leaning more toward the theatrical spectrum, which is definitely part of the culture,” Kanaya said. “But there are also people who don’t enjoy dressing that boldly.”

The most important factor in all fashion, according to Kanaya, is about wearing what makes one feel comfortable and confident.

Isaiah Moore, a senior television and cultural studies double major who identifies as queer and non-binary, said they use fashion to forsake the gender binary and allow for different forms of presentation.

“I never thought that clothes had a gender,” Moore said. “If I like it, I like it. If it fits, it fits.”

Moore said heterosexual people typically like clothing that is associated with one’s gender and tend to view fashion as a reflection of sexuality.

“Gender expression and what you wear and [your] presentation isn’t synonymous with sexuality,” Moore said.

Abby Mayhue, a senior musical theatre major who identifies as a lesbian, said the diverse and limitless nature of queer people is what sets the LGBTQ+ community apart from others.