First of its kind: Quidditch scholarship will aim to bring diversity to the sport 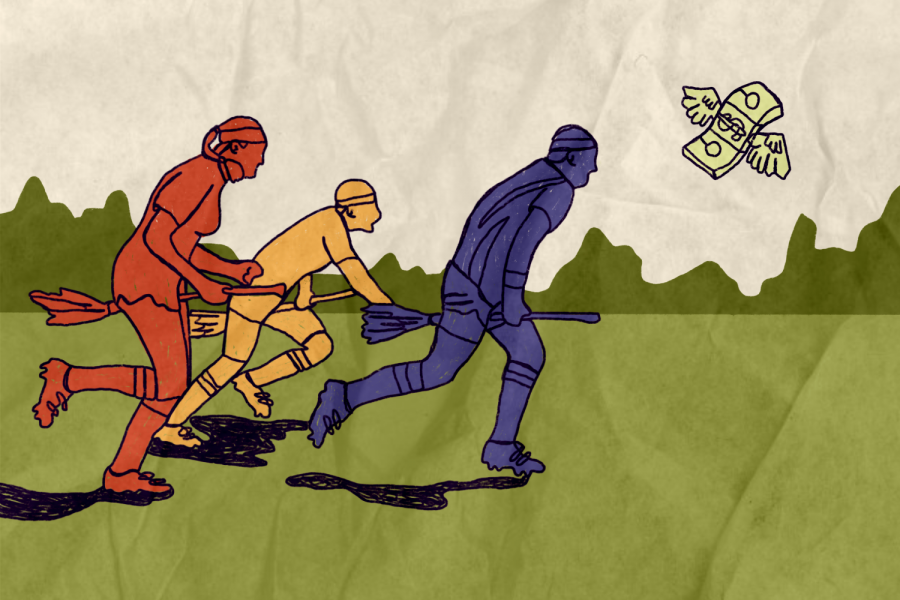 Rylie Smedley discovered quidditch—the real version of sport featured in the “Harry Potter” series—her freshman year at Columbia when she was looking to try something new.

Now a senior, the cinema art and science and interdisciplinary documentary double major is the co-captain of the Renegades quidditch team.

Smedley said she has loved watching her team grow over the years and is excited about an upcoming addition to the program: the creation of an academic scholarship she hopes will foster diversity in the sport.

The scholarship will be the first of its kind in the college quidditch world. Starting in 2021, the Renegades team will offer an academic scholarship to one first-year player, as chosen by the team’s executive board. Five hundred dollars per semester for four years will be awarded to a Black, Indigenous or other person of color who demonstrates leadership qualities and financial need.

Tad Walters, coach of the Renegades quidditch team, said he hopes the scholarship will encourage more people of color to play. Walters said the mass civil unrest and protests during the summer opened his eyes to diversity and inclusion issues in the sport. He said he wants to change the perception that quidditch is just for “white, cis men.”

In terms of funding, Walters said they need at least a $25,000 endowment by next summer to be able to start the scholarship in Fall 2021. He said the plan is to raise $10,000 by the end of the year to officially establish the endowment in early 2021. To raise the funds, the team has started a GoFundMe campaign.

Having such a scholarship at Columbia was a “pipe dream,” said Niko Banks, co-captain of the team, until he worked with Walters and the executive board to make it a reality. Banks, a third-year graduate student in the fiction writing program, has been playing quidditch since 2013. He said his intention is to leave the Renegades quidditch team better than he found it—with more diversity, competitiveness and increased participation among students.

However, Banks said he recognizes the sport still has a lot of work to do toward that goal.

“What a lot of people are realizing lately, and it’s been a big topic of discussion among the quidditch community, is quidditch has not been rising to the occasion when it comes to the [aspects of] diversity and race,” Banks said.

Neither has the sport’s creator, he said. J.K. Rowling, author of “Harry Potter” and creator of the fictional, flying-broom version of the sport, has recently come under fire for controversial tweets about the trans community. In June, she condemned the use of the gender-inclusive phrase “people who menstruate.” Her latest novel, “Troubled Blood,” has also sparked criticism for featuring a reportedly transphobic plot line, according to the Los Angeles Times.

Rowling defended her criticism in a June 10 essay, framing it instead as concern for cisgender women. She wrote that she is “concerned about the huge explosion in young women wishing to transition.”

“I think it’s so disappointing on [Rowling’s] part,” Smedley said. “She really failed the audience.”

But, quidditch has largely separated itself from Rowling and even the “Harry Potter” world it comes from. Walters said over time, more athletes have come to the sport, making it more of an athletic endeavor than a novelty. Now, quidditch has become a sport of its own, he said, and one that is trying to be inclusive of everyone.

Smedley said U.S. Quidditch, the national governing body for the sport, has taken steps to be gender inclusive, including introducing a Title 9 ¾—named after the U.S. Title IX law which prevents gender discrimination—to “promote gender equality and inclusivity,” according to the league. As in the “Harry Potter” series, teams are not separated by gender.

While the game has separated itself from Rowling and the “Harry Potter” universe, Smedley said she has distanced herself, too. She was much more of a fan of the series when she was younger, but as her enthusiasm for quidditch and the family she found grew, her excitement for the series dropped off.

“I like the idea that we can reclaim our childhood back from [Rowling],” she said. “We still have ownership.”

Smedley said she is excited the scholarship will bring inclusivity to the sport and proud to be on the team that has created this opportunity.

“Quidditch has become such a huge part of my life, even though I constantly have more distance from the series and more distance, especially, from the author,” Smedley said. “At this point, quidditch is mine.”