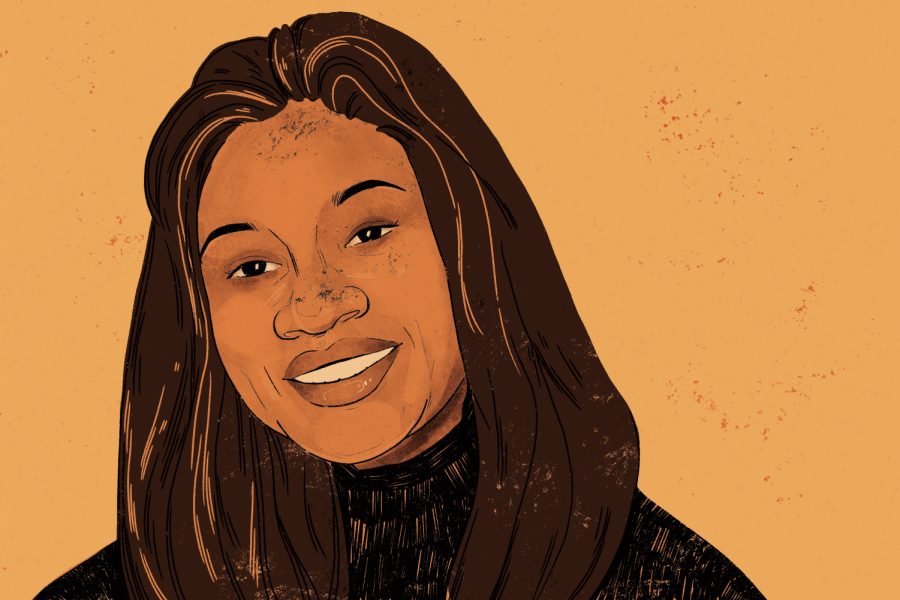 Keturah Shaw-Poulos, 51, an adjunct faculty member in the English and Creative Writing Department, died in her sleep Wednesday, Feb. 12 from illness, according to her husband Tony Poulos.

“She had a way that was just beautiful, and I miss that,” Poulos said. “I miss her smile, I miss the warmth, I miss the calm.”

The couple had three children; Kapricia, 33, Joshua, 20 and Daniel, 10. Joshua followed his mother in tow with a love for writing and is an English major at Western Illinois University, his father said.

Shaw-Poulos completed both her undergraduate and graduate degrees at Columbia and began teaching fiction writing classes at Columbia in the 1990s, according to an email to faculty from Steven H. Corey, dean of the School of Liberal Arts and Sciences.

Patricia Ann McNair, director of undergraduate studies and associate professor in the English and Creative Writing Department, met Shaw-Poulos when they were students at the college in a fiction writing class and became close colleagues throughout the years.

McNair said Shaw-Poulos was an advanced and talented writer, and was always amazed by the work she would bring to the page.

Shaw-Poulos’ husband said she thoroughly enjoyed her role as a professor and that it was not “just a job” for her—it was about connecting and being part of students’ lives.

He said if Shaw-Poulos ever noticed her students were experiencing any kind of issues, she would take them aside to talk it through one-on-one.

“She really cared for all of them, more so than they could ever understand,” Poulos said. “A lot of [students] would express their sadness in their writing, and that’s how she was able to know about them.”

For Anna Stobaugh, a freshman filmmaking major, Shaw-Poulos was not only a teacher, but a source of comfort because she was like a second mother to her. She was always there to listen and give advice, Stobaugh said.

Shaw-Poulos was teaching “Fiction Workshop: Intermediate” at the time of her death. McNair said she wants Shaw-Poulos’ students to understand how important their learning and creative practice was to her.

“I’m hoping that students reflect back on the deep attention that she would pay to the stories they had to tell,” she said.

For Shaw-Poulos, reading and writing education was extremely important. That was her way of expressing herself, her husband said.

Her husband said she was always working on different writing pieces and moved quickly from one story to another because of the overflow of ideas she had.

“It is very difficult for me to be captured into a story, but when I would read her stuff, I really felt like I was watching a movie,” Poulos said. “It was so detailed. … I really am going to miss that.”