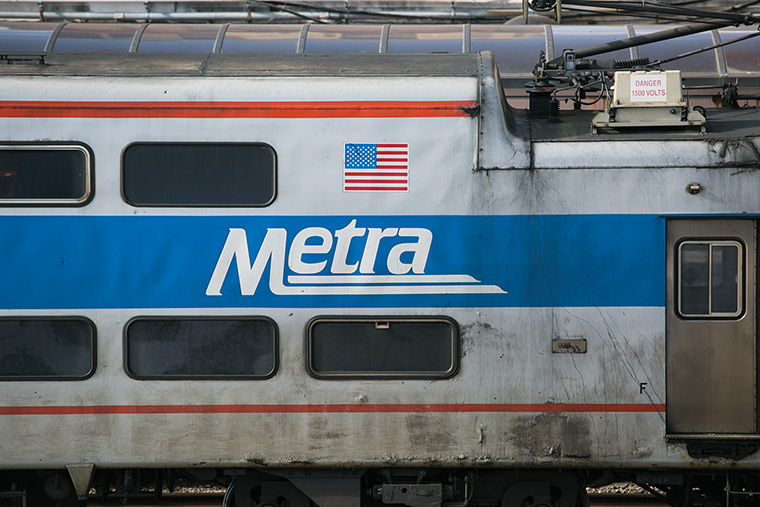 Metra will increase its fares by 2 percent starting in February 2016, which is less than the original 5 percent raise proposed for the 2016 budget.

Metra announced at an Oct. 15 board meeting that its fares would increase by 2 percent in February—significantly less than the previously proposed 5 percent hike by the company.

The agency cut costs elsewhere to save riders money on fares, according to Metra spokesman Michael Gillis.

Gillis said Metra’s budget has two components—its operating budget and capital budget—to be combined when finalizing the corporation’s yearly budget. The operating budget, funded by fares and sales taxes, pays for the day-to-day costs of running the railroad, and the capital budget, funded by state and federal grants and a small percentage of fare revenue, pays for infrastructure improvements such as new stations, renovated stations and new rail cars for the stations.

“When we talk about the budget being down from last year, most of that is on the capital side,” Gillis said. “That’s a function of not receiving as much money from our state and federal sources as we have in  the past years.”

Gillis said Metra made $5.9 million in efficiencies—doing things more cheaply than they were able to before—on the operating side from lower gas prices and higher regional sales tax revenue, resulting in the 2 percent net increase in fare revenue and 5 percent overall for a total of $6.5 million.

The increase is part of the company’s modernization plan announced in the fall of 2014, Gillis said. The plan aims to address some of the agency’s capital needs, such as new cars and locomotives, and pay for the costs of a $350 million safety system mandated by the federal government called Positive Train Control.

“The 2 percent fare increase has 1 percent to pay for operating costs for [PTC], while the other 1 percent is to increase the amount of fare revenue we’re spending on our capital costs,” Gillis said. “We’re trying to generate $6.5 million in new revenue—half of that would go to operating PTC and the other half would go to our capital budget.”

Gillis said Metra announced a number of changes in addition to the fare hike, including a new mobile application to debut this fall.

The application—a collaboration with the Chicago Transit Authority and Pace—will allow riders to buy Metra tickets with their smartphones and display those tickets to the conductor. It will also provide a train tracker component for the CTA and Pace, as well as Metra. Ventra riders can upload money to their accounts using the app.

“Basically, you’ll have a Metra ticket vending machine in your pocket if you have a smartphone,” Gillis said. “You don’t have to wait in line to buy tickets—you can buy them anytime or anywhere.”

Griselda Jaimes, a junior business & entrepreneurship major, has commuted from Vernon Hills to Columbia on the Metra since 2013 and said she is “fed up” with Metra’s increasing fares. A monthly pass for a college Metra user cost about $160 formerly. The price has since risen about $30, over the past year and a half, according to Jaimes said. To alleviate the costs of commuting, Jaimes made efforts to limit her classes to two or three days a week.

“That’s the problem with Metra,” Jaimes said. “They don’t give college student discounts at all. They only give high school and senior citizen discounts, which doesn’t help us at all. It upsets me because there [are] other ways to get more money instead of taking from their customers like me.”

Anthony O’Neal, a freshman television and film double major, has been a Metra rider for about a year and spends $171 for a monthly pass with unlimited rides. O’Neal, who gets on the train in Oak Brook, said he has not experienced any problems with Metra in the past but said he is not in favor of the fare increase due to his college student budget.

“People who have regular 9–5 jobs and work downtown can probably afford [the cost], but for those who can’t, it makes it difficult, especially with students because we don’t get discounts,” O’Neal said. “It’s pretty hard to come across money and save like we need to. Once they do [the plan] Metra needs to consider some things.”