Fall Out Boy ‘dance, dances’ the night away with Green Day and Weezer 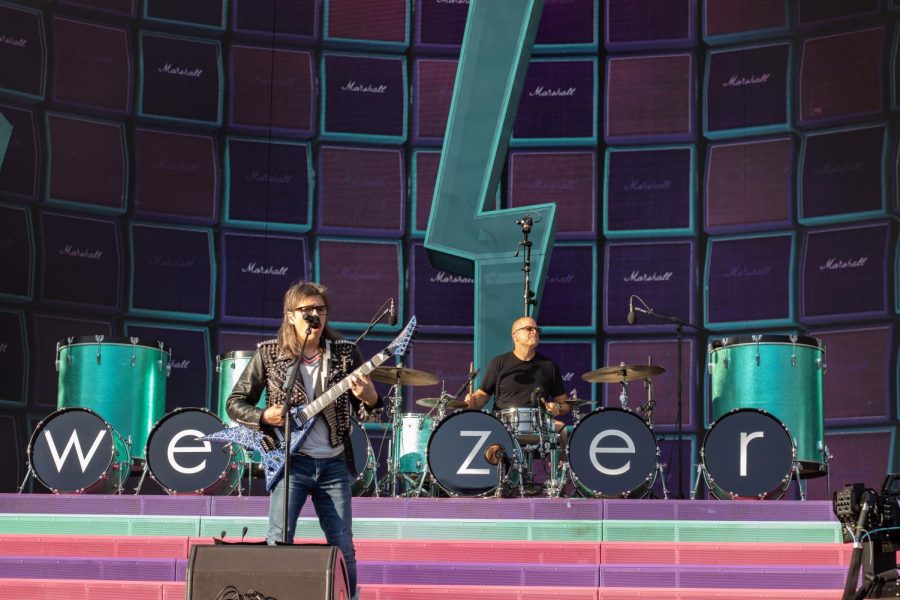 Following electric performances from Weezer and Fall Out Boy, a person in a bunny suit came out to hype up the Wrigley Field crowd for Green Day, before the band members emerged and lit up the stage with crimson lights and an energy characteristic of their start as a band. The crowd headbanged as Green Day began their punk-infused set, transitioning occasionally from hard-hitters to softer ballads.

After waiting for more than a year due to a COVID-related postponement, fans were finally able to see the Interrupters, Weezer, Fall Out Boy and Green Day, who performed at historic Wrigley Field for their Hella Mega Tour earlier this month.

Fall Out Boy came out with their guitars blazing fire to classic songs such as “Thnks fr th Mmrs” while also featuring many songs from their album “Save Rock and Roll.”

Weezer performed “Buddy Holly” and other hits from throughout their discography, as each band performed a mix of old and new songs. Fall Out Boy played songs from their earliest album, “Take This to Your Grave,” to the present day, while Green Day went through their discography as well. The fireworks show at the end of Green Day’s set tied the whole concert together.

The Hella Mega Tour was originally scheduled to begin in March 2020 but was postponed due to the COVID-19 pandemic. The bands are set to tour the United States until early September and then begin their international tour in 2022.