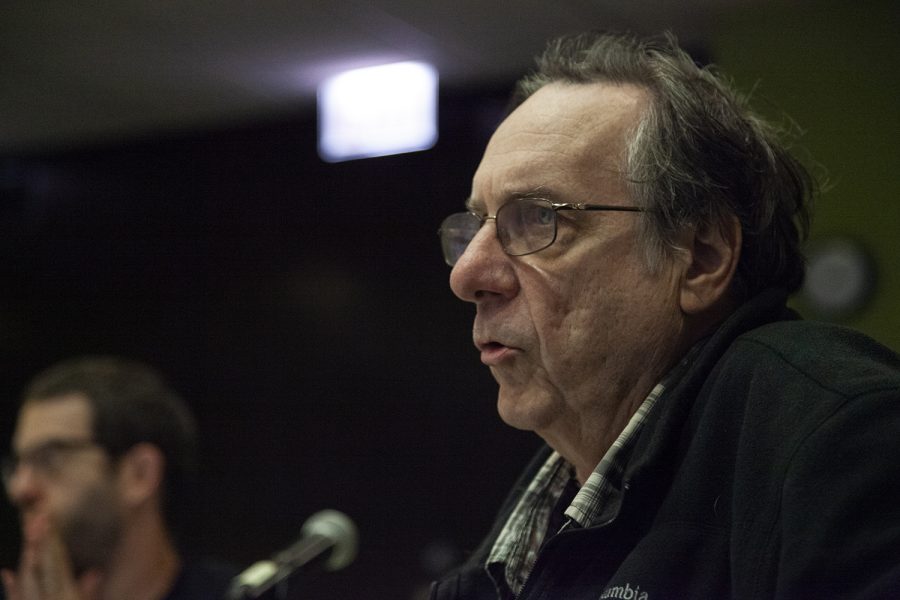 The Faculty Senate is weighing eliminating the C minus grade collegewide. Some say the change would bring uniformity to grading, while others argue it could diminish the value of a passing grade.

Ilya Levinson, associate professor in the Music Department and a member of the Senate’s Academic Affairs Committee, proposed the college drop C minus grades in order to raise the academic standing of the college during the Oct. 11 Faculty Senate meeting, held at Stage Two, 618 S. Michigan Ave.

Currently, students must achieve a C grade or higher to pass a class within their chosen major or minor. A C minus grade, which is a 1.7 on Columbia’s grade point average scale, lies below the 2.0 requirement for academic compliance.

“We are doing a disservice to students by giving them a C minus,” Levinson said. “We need to work more with advising and identify earlier students who might be heading toward a C minus.”

Levinson said the change would seek to ensure more credits are universally transferable as well as lessen the number of students attempting to change their grades at the last minute before graduation.

Loren Wells, assistant professor of instruction in the Business and Entrepreneurship Department, said his department has already discarded the C minus and C plus grades, allowing a broader definition of who is considered a C student.

Wells said this departmental policy has been a “personal grief,” as it allows different levels of effort and work to receive the same credit.

“It sometimes feels a little bit awkward to give somebody the same grade as someone else who got nine percentage points higher in the class,” Wells said.

Some Senate members were concerned with the amount of “wiggle room” left for students to plead with faculty for certain grades, a problem some fear could be worsened by the elimination of the C minus.

“No matter what we decide, we’re still going to have students who are going to advocate that they were just a tiny bit off from passing that class,” said Frances Maggio, associate professor in the Theatre Department.

Luis Nasser, associate professor in the Science and Mathematics Department, said faculty should not be making changes to student grades unless an actual mistake was made.

“The most alarming thing to me is that grades are being flipped,” Nasser said. “[I tell students], ‘You need a C, not a C minus, not a C with an asterisk, it’s a C.’”

Shannelle Armstrong-Fowler, assistant professor of instruction in the Communication Department, said a tougher approach is needed when it comes to the delivery of quality education and fair grades.

“I tell [students] from the beginning, you need 73%, don’t cry a river Argentina with me at the end of the semester and tell me what every other faculty member has done,” Fowler said. “At this point … I am going to give you the grade that you earned.”

Part of the issue’s complexity is individual faculty members and departments can assign different percentages to each letter grade, but letter grades are factored into the 4.0 GPA scale the same way collegewide.

Ultimately, Shaw and others encouraged the Academic Affairs Committee to collect more data on industry standards regarding the C minus, and reevaluate the C average as an academic standard before bringing the issue to the provost and registrar offices.

“If I’m confusing myself, then students [have] to be confused, too,” Wells said with a laugh.

Sophomore ASL-English interpretation major Bonnie Shultz said while the elimination of the C minus grade “seems kind of arbitrary” and “doesn’t really make any sense,” it is a decision that should have more input from students.

“If it’s something that’s going to affect the students, then they should know about it and have a say in it,” Shultz said.