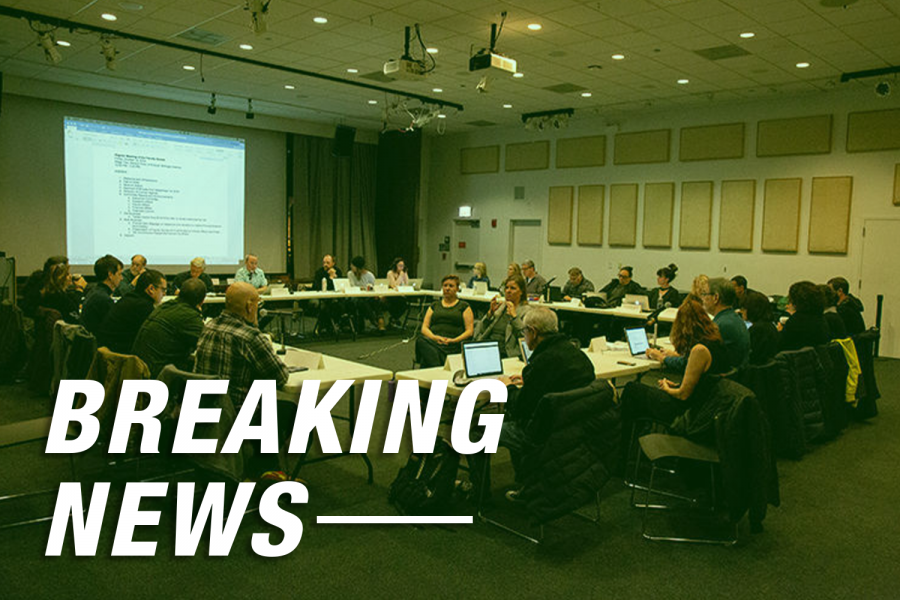 With the intention of enacting change and offering support, the Faculty Senate is backing a new Black Faculty and Staff at Columbia group to provide “a space to discuss issues that impact Black faculty members, and will bring relevant concerns to the attention of the Faculty Senate as necessary.”

Faculty Senate Executive Committee member Jennifer Sadler established the group this week for black faculty and staff members to meet on Microsoft Teams and have a specific space to talk about any thoughts or concerns they have about resources available at the college for black people.

Sadler, an assistant professor in the Business and Entrepreneurship Department, said she met over Zoom with the directors of Academic Diversity, Equity and Inclusion, Fo Wilson and Raquel Monroe, to discuss plans for moving forward with the group.

“The purpose is to have a collective space, knowing there is a lot more power in volume and collective voice to discuss resources,” Sadler said. “This group is hopefully going to serve as a starting point for us to have conversations about what exactly we are looking for, and then I can take some of those and take them back to [the Executive Committee].”

In a Tuesday, June 2 email to faculty and faculty senators, members of the Faculty Senate Executive Committee addressed the “anguish” in watching racist police violence “ripple into unrest at the college” in the city and national communities.

In the collective statement of solidarity, the committee echoed President and CEO Kwang-Wu Kim’s collegewide response to the current events and the damage to the college, noting that while repairs can be made, “what we cannot bring back are the numerous Black lives that have been lost to state-protected violence.”

In its statement, the committee said the new group is just a start, as it plans for other anti-racist actions to emerge, welcoming suggestions or ideas from other senate members.

Chakraborty said the committee has just begun looking at what this process may look like, and although it originally wanted to generate specific “asks” from the college, committee members realized it will take more care and thought to do so well.

The senate leaders said they are committed to confronting systemic and institutional bigotry, “including and especially at our own institution.”

Andrews said it is important for the committee to hear from other black faculty members in order to know what resources or support are needed.

The statement also mentioned the college’s stated commitment to diversity, equity and inclusion and its mission to “educate students who will communicate creatively and shape the public’s perceptions of issues and events and who will author the culture of their times.”

However, the purpose of education at Columbia cannot be simply to prepare students to enter a cultural industry, it must dig deeper in preparing them to transform the culture in which the industry operates, the committee said.

Chakraborty said as a group, the committee wanted to stay away from referencing the words diversity, equity and inclusion too much. Andrews said the college’s verbal commitment to DEI is often too vague and the committee wants to help originate an authentic and tangible commitment.

Andrews also said the message from the Executive Committee is one of solidarity and is meant to emphasize that the violence happening is not in regards to property damage—the real violence “exists between black communities and the police,” and more specifically, the black lives lost to police violence.

The committee acknowledged that not everyone in the Columbia community experiences the effects of racism in equal ways, but everyone should stand together to actively work against the dehumanization of black Americans.

“We have faith that the Columbia College community has the capacity to move beyond speech and into action,” the committee stated in their email. “There is so much work to be done.”

The Faculty Senate Executive Committee’s message of solidarity can be read in its entirety in a Letter to the Editor, which will be published on the Chronicle’s site.