Artists, LPCS save a seat for homeless this winter 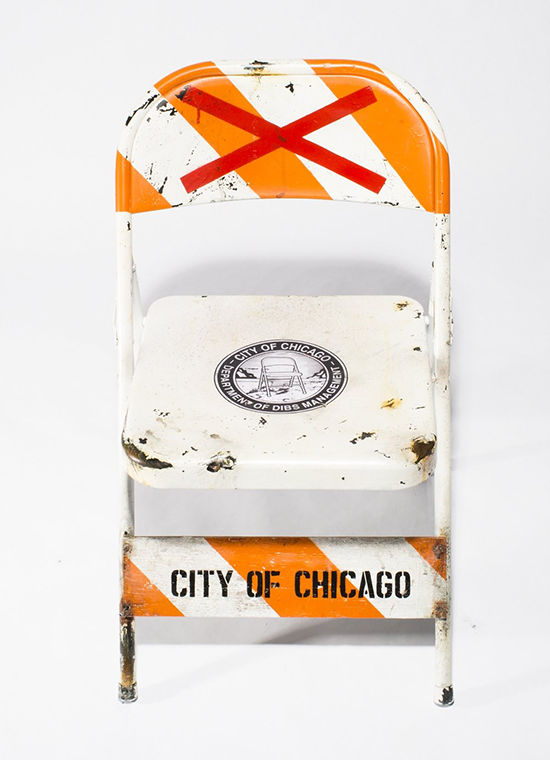 “Dibs” is a way of staking a claim to something. In Chicago, the term describes the practice of protecting parking spots by putting a chair—or  items such as laundry baskets or plastic Santa decorations—in the space you just shoveled free of 10 inches of snow. Now, the term is getting its own artistic movement.

HAVAS, a global marketing company, and the Lincoln Park Community Services, have partnered to commission artist designs for dibs chairs and to host auctions as part of “This is Dibs.” The proceeds will benefit the homeless this winter by way of LPCS.

Abby Farnham, director of development for Lincoln Park Community Services, said the project was set in motion as part of the LPCS organization’s project to raise funds for a larger facility and shelter for the community.

“We decided that since we’re expanding and we’re building a new $13 million facility in Old Town to expand our services, [we] decided to do something special to help benefit our capital campaign,” Farnham said.

The campaign has been successful with the participation of more than a dozen artists who contributed chairs, some of which, Farnham said, are selling for more than $600. So far, the final bids for chairs have ranged from $30–$760.

“It’s a really interesting way to use art to bring more attention to different issues in Chicago and our community,” Farnham said. “The more creative you can be when sharing information about different issues in the city, the more support you can get from the community and bring’s advocacy to these important issues.”

The act of Chicagoans participating in dibs, however, has been the center of a longstanding debate.

Anthony Lewellen, a Chicago artist whose chair sold for $435, said dibs is a gray area that must be evaluated judiciously.

“I have a neutral stance on dibs. I’m not pro-dibs and not against it,” Lewellend said.  “It’s something that happens in the city. It’s pretty difficult to have a hard-lined opinion because it’s a case-by-case basis. Some people do it [in a way] that no one would argue is out of necessity, while others just need a place to park.”

Chicago artist Jim Bachor—whose chair sold for $760—said while no one can claim ownership of a public parking space, the fairness behind dibs is worthy of respect. Bachor noted he is fortunate enough to own a garage but said he understands why his neighbors try to protect their spaces.

“My neighbors don’t have a driveway, so they’re always parking on the street … even though it’s city property and you don’t own anything, it makes sense,” Bachor said.

Lewellen said his piece was inspired by  imagining what the city would be like with dibs as a publicly sanctioned practice. Construction signs and “Property of Chicago” signs are imprinted on the chair, playing off the city seal as well as dislaying an imaginary department titled “The Department of Dibs Management.”