Professor delivers with latest novel: ‘Marvel and a Wonder’ 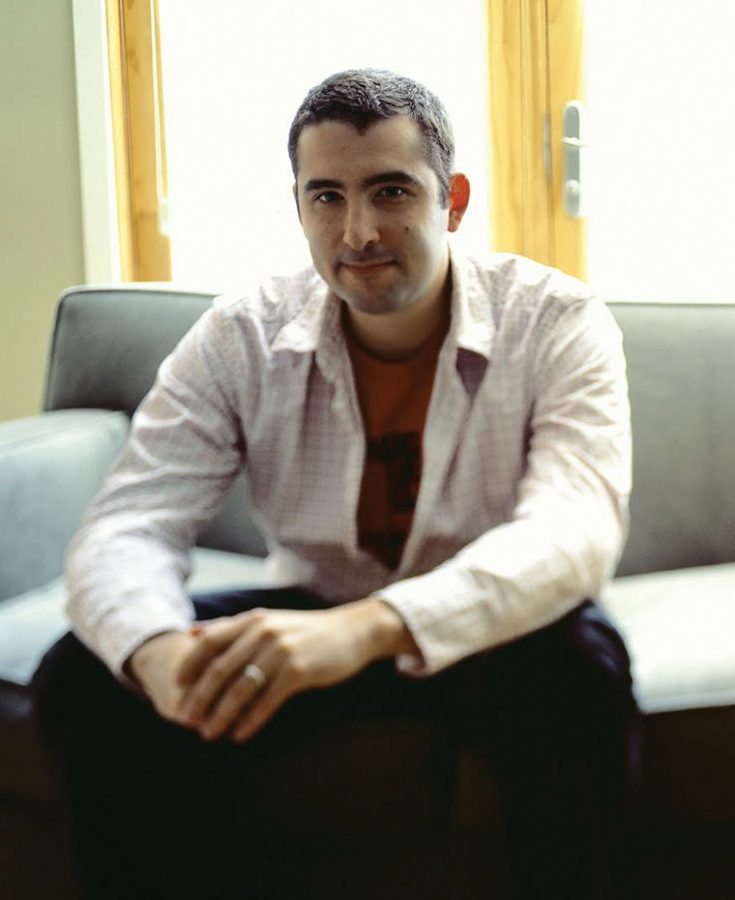 In addition to being faculty, Meno is also a Columbia alumnus, graduating with his bachelor’s degree and master’s degree in Creative Writing in 1997 and 2000, respectively.

“Over the low-lying fields, over the wide meadows, the sun—rampant, galloping westward—beating back the night. On and on across the white hills, the dun-colored hills, the hills ripening with green…” begins Joe Meno’s ninth novel, “Marvel and a Wonder,” published Sept. 1 by Akashic Books.

The story, which takes place in the near-ghost town of Mount Holly, Indiana, tells of Korean War veteran and farmer Jim Falls. Complications arise as he tries to interact with his 16-year-old grandson Quentin, a chubby “mixed-breed” with an affinity for Biggie Smalls, in the absence of Quentin’s mother, a deadbeat and frequent prescription drug abuser.

The main action centers around a white quarter horse named John the Baptist, inherited by Falls by way of an estate transfer error on the East Coast.

Convinced the fortuitous timing is nothing short of divine intervention, Jim and Quentin’s worlds come crashing down when the horse is stolen, forcing the two to go on a heart-wrenching and frustratingly intriguing quest to retrieve their miracle—one that leads them all over the Midwest and the near South.

Meno, who is associate chair of the Creative Writing Department and a Columbia graduate, includes countless themes woven in the fabric of relationships and drama, including racism, drug abuse, generational distance and poverty.

Though Meno crafts a dramatic arc that is both compelling and approachable, his true stride is found in the way small moments are expanded to feel monumental through simple dialogue or the way Quentin actively watches his grandfather breathe, just to make sure he is still alive.

For instance, Quentin is forced to face his greatest fear—dogs—in an attempt to obtain fuel for their pickup. Never one to glance over an opportunity for epic heroism, Meno paints Quentin as a war hero, complete with wounds,  as he encounters the beast, aware that he is “every bit [the dog’s] inferior.”

Meno also crafts characters who have a “love-to-hate” complexity, wherein even the most rotten scoundrel has a hint of good in him, or the most loving and charitable characters have a major flaw—ranging from alcoholism and abusing prostitutes to sniffing glue and trying to breed exotic reptiles.

Though characters have a layer of complexity elevated above everyday experiences, Meno includes small moments of intense, capital “H” humanity.

For example, an episode of impotence experienced by Jim Falls creates a moment of intense empathy, bringing back memories of his long-dead wife and treasured times of fervor and youth.

A few chapters begin with sprawling, Steinbeckian descriptions of the setting, quickly accomplishing what could easily take multiple pages, such as the following description of Nashville:

“At midnight the stars assembledin the sky. Edging ever closer to the gleam of Nashville’s skyline, its silver-blue bridges and stunted skyscrapers, these lone shapes twinned in the surface of the Cumberland River.”

There can be little argument the epitome of humility is in blue collar Americana, and that Meno delivers a thoughtful novel from which readers  are left thinking more about miracles than they did upon entering the sleepy, complicated town of Mount Holly.