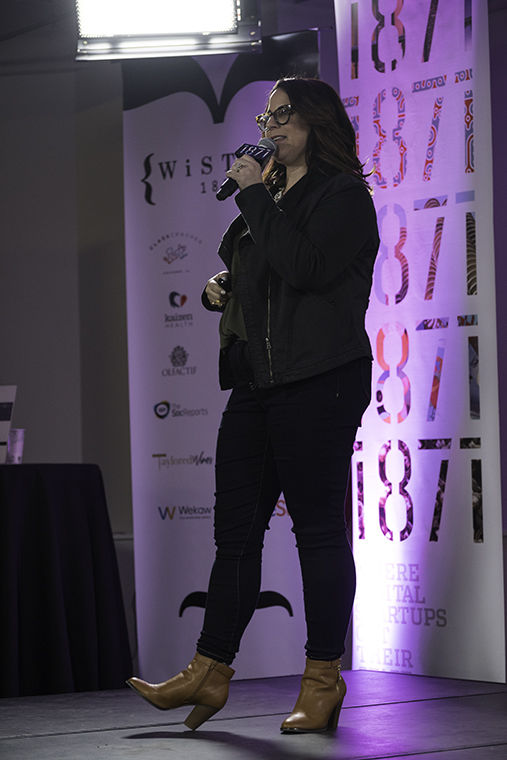 The most recent WiSTEM cohort involved 12 female entrepreneurs who manage tech businesses in Chicago, including Jamie Migdal, CEO of FetchFind.

“It’s really important to be able to understand that’s what [some] people think, so we can create arguments against those preconceived notions,” she said.

Migdal was one of 12 female entrepreneurs who showcased their businesses through WiSTEM, a program for Women in Science, Technology, Engineering and Math on Feb. 7.

Organized and hosted by 1871, a resource for digital start-up communities located at 222 W. Merchandise Mart Plaza, the 16-week program is a catalyst for female-owned businesses earning capital, said Nicole Yeary, WiSTEM co-facilitator. A forum for woman empowerment, the event is held three times each year, she said.

According to Yeary, WiSTEM has provided resources to 37 companies and 45 women entrepreneurs who together have created over 169 jobs.

Tom Alexander, 1871’s chief operating officer, said inviting female-owned businesses to cater 1871’s events is one of the ways the organization is “putting our money where our mouth is.”

“One of our goals is that when you walk around 1871, [the diversity] looks like the city of Chicago…If you look around this room tonight, it absolutely feels that way,” he said.

Gayle Voss’ restaurant was one of four female-owned Chicago businesses that catered the WiSTEM  showcase.

Voss said she used to wake up at 3 a.m. every Saturday morning to pass her newest business ideas out to customers at the downtown farmer’s market.

Despite her family’s doubts, she worked exhausting days, often ending in tears, until she saved enough to move the business—Gayle’s Grilled Cheese—from her basement in the suburbs to downtown at 108 N. State St. She said she owes some of her success to networking.

“If you are not feeling the support or empowerment you need from family or friends, there are other people out there,” Voss said.

While there is not an opening for every female entrepreneur in the city at WiSTEM, Migdal’s advice for those who want to embark on a business venture is to reach out to others for mentorship and ask them how they got to where they are now.

“We know what we are doing and have an incredible ecosystem [in Chicago],” she said. “The more women, the better and the stronger we will become.”