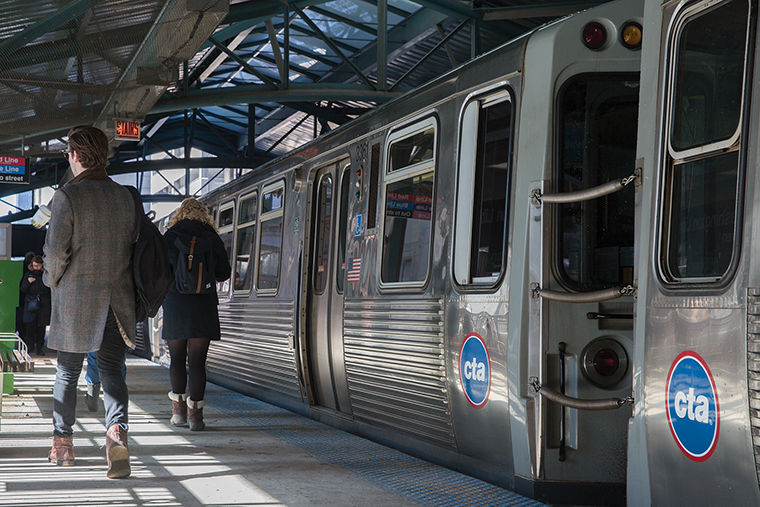 Courtney Bosh, media consultant at Chicago Infrastructure Trust, the company that brokered the deal, said while it is unusual for competitors to work together and it would be easier to work with just one wireless company, the partnership between the wireless companies and the city is the best solution for everyone.

T-Mobile, AT&T, Verizon and Sprint have all agreed to jointly fund the installation, maintenance and operation of the 4G network for the CTA. Aldridge Electric, Inc., the contractor chosen for the project, started construction at the beginning of January. The project should be finished by the end of the year, Bosh said.

“In a city like Chicago, all four of those carriers have huge customer bases,” Bosh said. “So of course [the CTA] wants to serve all of their customers, not just Sprint customers or not just T-Mobile customers, so this will be for everyone’s mutual benefit.”

Chris Austin, 29, a data analyst and software engineer for MAX Digital who regularly rides the Red and Blue lines, said he thinks it is odd to jointly fund the project.

“Any time that you have somebody with different kinds of interests paying for something that they want people to use their services, there’s always things to be wary of,” Austin said.

However, Colleen Finkl, a CTA rider and individual assistance branch chief for the Federal Emergency Management Agency, agreed with Bosh in saying that the partnership is in everyone’s best interest.

“You see corporations coming together for their own greater good often,” Finkl said. “It’s for their benefit—they can advertise that you can use your phone while commuting.”

None of the four wireless companies could be reached for comment about why they were working together and funding the CTA’s wireless upgrade.

Bosh said the CTA was already working on a wireless network upgrade before reaching out to the CIT.

When they did reach out to evaluate financial options for the upgrade, Bosh said CIT recommended collaborating with wireless companies to fund the project. The CTA originally planned on financing the project itself before CIT approached the four companies to work with the city to build the 4G wireless network for the CTA.

Besides funding the project, Bosh said the wireless companies will join forces to design a next-generation Distributed Antenna System to carry the wireless signals of all four carriers’ coverage made of the latest fiber optic cable.

“This is another way that we are investing in a modern CTA to encourage ridership, make Chicago more economically competitive and open up more economic opportunities to more residents throughout the city,” Emanuel said in the press release.

Finkl said she was not concerned about the wireless companies working together as much as she was for safety. She said a 4G wireless upgrade could make it possible for terrorists to detonate explosives in CTA tunnels.

The wireless companies signed a cooperative agreement with the Federal Communications Commissions so their partnership is not considered a collusion or a conflict of interest, Bosh said.