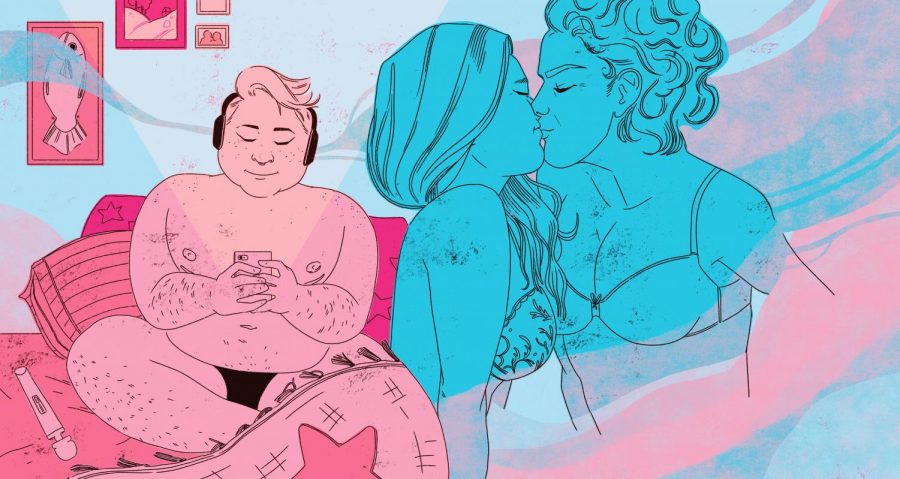 By Dyana Daniels and Lauren Leazenby

For nearly 30 minutes, the sound of fingers clacking away on a computer keyboard plays on a recording. Every once in a while, a soft male voice comes in, breathing erotically or sometimes offering quiet conversation, all in an attempt to lull the listener to sleep or into an elevated state of relaxation.

In reaction to such stimuli, some people experience a pleasurable tingling sensation, a complex emotional state known as ASMR, or the autonomous sensory meridian response, said Giulia Poerio, a lecturer in psychology at the University of Essex in England.

Poerio, who researches ASMR, said there is a difference between ASMR as a physiological response and how it is known culturally—as a category of YouTube videos where someone on-screen whispers softly or engineers other subtle sounds such as chewing, breathing or the rustling of papers.

Scientifically, ASMR is the feeling elicited by that content—not the name for the content itself.

The sensation, Poerio said, can also be triggered by stimuli experienced in everyday life, such as physical touch and close personal attention.

Because of its niche online following, ASMR content is widely thought of as “fetish content” or sexual in nature—but that misconception discounts the feeling of relaxation that is ASMR, Poerio said.

“Quite a lot of people forget that ASMR existed before YouTube,” Poerio said.

While videos and audio with whispers and soft sounds may arouse some, ASMR is ultimately a sensation of relaxation, said Craig Richard, an ASMR researcher and founder of ASMR University, a website dedicated to all things ASMR.

“If you add in sexual imagery, sexual sounds [and] sexual references, then that person can feel relaxed and aroused at the same time,” Richard said.

By August 2019, Eve had created a new project called Vanilla Audio where she and other performers promote the destigmatization of sex.

“I don’t allow words like slut, whore, dirty, nasty and a lot of the people that I work with actually agree,” she said. “We are starting a bit of a movement here with people saying, ‘You know what? This is our experience of sexuality.’”

Currently in Ireland and funding Vanilla Audio out of pocket, Elliot said every bit of money that is made goes right back to the creators.