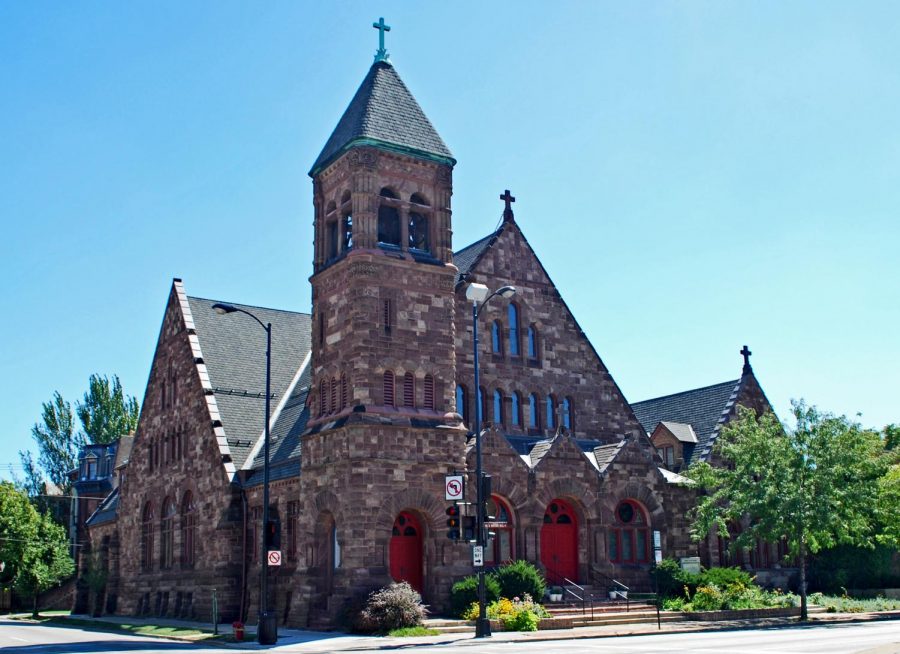 Courtesy Epiphany Center for the Arts

Beams of light shone through stained glass windows of the former Church of the Epiphany as Kimberly Rachal, who studied journalism at Columbia, showcased the space made of towering dark blue organs pipes lined with gold, colorful mosaics, ornate terra cotta tiles and cavernous arching infrastructure.

Bought in 2017 by Rachal and her husband David Chase, a real estate developer, the unique West Loop Episcopal church is now the Epiphany Center for the Arts, which will host events and entertainment along with visual and performing artists.

Set to open to the public in increments starting in early 2020, Rachal said the center will give back to the community through dance, music, spoken word, silent films, culinary arts, wellness and yoga classes. It will also include art instruction from artists-in-residence.

The original building, 201 S. Ashland Ave., was established in 1885 and had dwindling membership when the Episcopal Diocese of Chicago closed the church in 2011. Famously, it was the location of the funeral for former Chicago Mayor Carter Harrison Sr. in 1893 and of a memorial service for Black Panther leader Fred Hampton in 1969.

While the purchasing process was long, Rachal said she and her husband were drawn to owning the church because of a personal connection to the building after being married in the chapel and living across the street since they moved to the neighborhood in 1996.

“The first interest is saving the church and making sure that some person doesn’t come along and turn it into condos,” Rachal said. “Also, realizing the value of having something like this in the West Loop, which is a very fast-growing neighborhood.”

Remaining members of the congregation ensured authentic elements of the chapel would be protected under the Jackson Boulevard Historic District and the National Register of Historic Places, making specific aspects of restoration slightly more difficult, Rachal said.

“It’s not as if we can come in here and start painting and ripping things out,” Rachal said. “We are preserving all the way down to this vintage patina of paint. So, we are not scraping it, refinishing it, making it new—we’re actually just preserving what is already there.”

Barbara Wyatt, a historian with the National Register of Historic Places, said it is a good thing the center is taking advantage of the Illinois Historic Preservation Tax Credit Program, which provides state income-tax credit for historic structures’ certified rehabilitation expenditures and ensures architects will follow the U.S. Secretary of the Interior’s Standards for Rehabilitation.

“It sounds like an ideal use for a church space,” Wyatt said. “The idea is to upgrade the building for a new use while at the same time preserving its historic features and character.”

The 42,000-square foot property consists of the main Epiphany Hall, which will be used for larger events like weddings, galas, fundraisers or concerts; The Sanctuary in the parish house for in-house programming; the Guild Room common area; and a terrace and courtyard.

Rachal said the Chase House, a former liturgical school built in the 1950s that connects to the church, is being reconstructed to include studios for artists-in-residence, room for arts instruction and performances, as well as a cafe.

There will also be 125 installation points comprising a continuous gallery throughout the center called “Gallery 66.” Rachal said the gallery will display artists’ work from all 77 communities across Chicago.

Kristin Larsen, executive director of the Arts & Business Council of Chicago, said the council began its 77 Communities Initiatives in 2018 after realizing in recent years it had only offered capacity building services and opportunities in just 36 of Chicago’s communities.

While looking for space to hold an event in 2020, Larsen said the council came across the Epiphany Center and decided to help the center showcase more artists.

“We were concerned in selecting a partner for our event that was going to be uplifting artmakers, and wasn’t simply just concerned from a commercial or profit point-of-view,” Larsen said.

The 77 Communities Initiative is grounded in undoing racial inequity caused by segregation and socioeconomic injustices by engaging artists in their communities through workshops and networking events.

Rachal said the center will work in conjunction with community organizations such as the Arts & Business Council of Chicago and additional not-for-profits to serve as a home for the arts.

“We really want to be a center that is for all people, no matter where they come from,” Rachal said. “The church was the hub of the community, and we want to be that, not only for the West Loop, but beyond.”