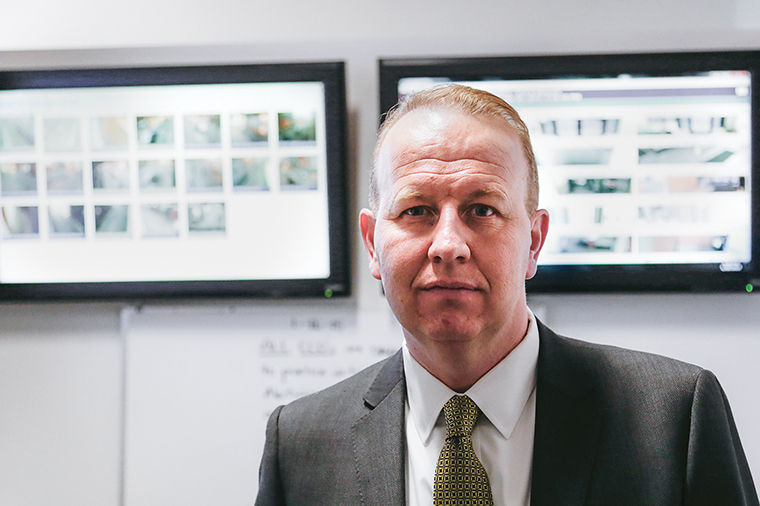 Google searches are available to anyone with internet access and can provide information that Columbia’s background checks of prospective hires do not. The college’s recent hiring of six new watch commanders in the office of Safety & Security provide a good example.

The six part-time employees  are the latest additions to the college’s security and were hired quietly in the Fall 2015 Semester to serve as liaisons between the Chicago Police Department and the college’s contracted security. The new hires are all retired police officers with 10 years of experience or more along with additional supervisory experience, according to Ronald Sodini, associate vice president of Campus Safety & Security.

“This role is about taking leadership in a major incident or crisis,” Sodini said.

Upon learning of the new hires, The Chronicle Googled each one of them.

Some of the searches revealed light-hearted news about retired CPD officers and new watch commanders James Chisem and Jean Maroney. Chisem began an acting career and Maroney made news early this year for coaching a Lincoln Square alderman on how to properly install infant car seats.

But one Chronicle Google search turned up a potential red flag that Columbia’s vetting process missed.

According to a Dec. 16, 2001, Chicago Tribune article found by The Chronicle’s Googling, recently hired watch commander Neal Jack was named in an October 2001 lawsuit alongside the City of Chicago and others that involved allegations of coercing a false confession, depriving access to counsel and subjecting the plaintiff to “malicious prosecution.”

The case, which was dismissed with a summary judgment in Jack’s favor and ended officially in November 2006 with the plaintiff, Sang Kim, unanimously losing his appeal, stems from Kim’s 1997 arrest on charges of first-degree murder of his unborn child, assault and alleged rape of his girlfriend at the time. The allegations said Jack and his partner detained Kim for more than 30 hours, ignored his requests for an attorney and did not tell him about the death of the unborn child. Kim spent more than three years in Cook County jail before being released when the victim recanted the story.

When questioned by The Chronicle, Sodini said he was unaware of this suit. The Chronicle confirmed Jack’s name was not run through a search engine. Later, he referred questions about vetting employees to the college’s Human Resources department.

“We’re looking for candidates that will fit well into and have work histories that reflect the values of our campus,” Sodini said.

The Chronicle was not granted interviews with Human Resources officials, and while college spokeswoman Cara Birch did not comment further on why the college was unaware of this case, she said Columbia takes several measures to vet new hires.

“The Safety and Security department takes appropriate steps to learn the background and check the references of a prospective hire,” Birch said in an April 28 emailed statement. “Human Resources also conducts a criminal background check. With any hiring decision, the college endeavors to conduct a comprehensive evaluation of an applicant’s qualifications and full employment history.”

Sodini said all new commanders were questioned about their private history during interviews, passed the criminal background check run by the Office of Human Resources and left their former police departments in good standing. Specific details about employee history are not shared with prospective employers in these hiring processes, he added, which he said is standard protocol.

The Chronicle was denied a comment from Jack, and Birch made a statement on his behalf.

“The incident in question occurred in 1997, and was fully resolved by the courts ten years ago,” Birch said in an April 29 emailed statement. “Officer Neal Jack was exonerated in a civil suit by summary judgment in his favor in the circuit court of Cook County, a decision which was upheld in all respects by a unanimous panel of the Illinois Appellate Court.”

The use of search engines by employers has become a more accepted practice in recent years. According to a 2016 Society for Human Resources Management survey, 61 percent of Human Resource professionals use online search engines to gain more information about a potential employee. Forty-three percent of those surveyed also used the internet to “screen” candidates, a 10 percent increase since 2013.

However, the U.S. Equal Employment Opportunity Commission still warns employers to be careful when using these tools to comply with federal law by not discriminating by race, gender, age and other protections.

Luther Hughes, Student Government Association president and a senior creative writing major, said he has seen “dramatic” improvements in campus security and trusts the college to make proper decisions. He added, however, that it is important to complete thorough background checks of new hires.

“If the [officers] do have these [backgrounds], then students of color or any students will not feel safe on their campus when they’re supposed to feel safe,” Hughes said.

Robert Villasenor, a new watch commander who retired in December 2015 after 29 years with the University of Illinois at Chicago Police Department, previously spent 16 years there as a sergeant and watch commander. He said in this position, he can provide guidance and act as a liaison between the first responders—either police or fire department—and the college’s security.

“Once [the first responders] find out you’re a retired police officer, it seems like they have a better rapport,” Villasenor said. “At the same time, I’ll introduce our supervisors to build that relationship with outside agencies.”

The watch commanders are on Columbia’s payroll through the office of Safety & Security’s budget, Sodini said, unlike the approximately 60 college security officers who are contracted through security company AlliedBarton.

Sodini said funds were “redeployed” to make the watch commander additions “budget neutral,” but declined to disclose how the office’s funds shifted.

While the college’s contract with AlliedBarton ends in August 2016, the new hires are not replacing the officers employed through the contracted company, Sodini said.

“There’s all kinds of different hybrids out there in terms of how people manage their security program,” Belin said. “This is the first I’ve seen of this nature or worked with…. This has worked so well for my guys because the experience and knowledge they bring to our department benefits my guys.”

Dave Martino, executive director of Campus Security at the School of the Art Institute of Chicago, said these new roles are positive additions to campus security. However,  there are challenges with bringing former officers into a higher education environment: colleges must ensure they understand being “customer service-oriented” and are sensitive to the culture of institutions.

The push to increase campus security, especially in urban areas, is becoming more widely accepted, according to Martino.

“We’re in an age where campuses are no longer open like they used to be.… There are not a lot of people resisting it anymore,” Martino said.