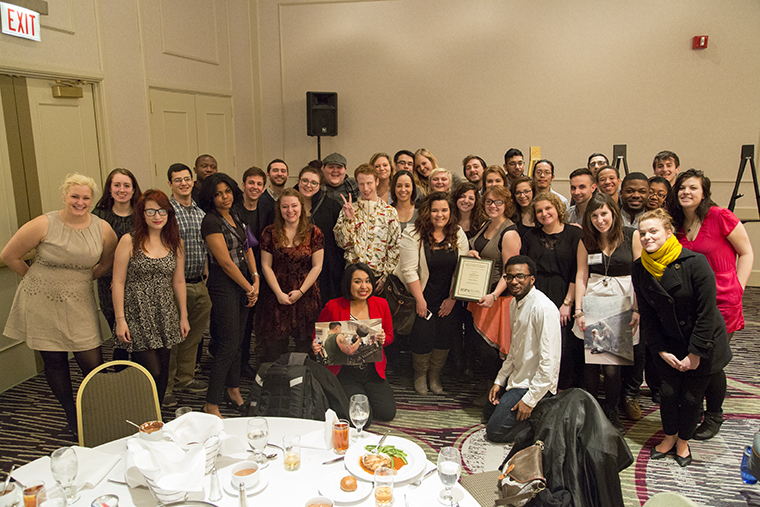 By Editor in Chief

The Columbia Chronicle was named best in state and collected 18 other awards from the Illinois College Press Association Feb. 22.

The Chronicle, which was categorized as a non-daily at a college withenrollment over 4,000, picked up five first place awards, including General Excellence.

The Chronicle also won first place for its 2013 Sex Issue in the Special Supplement category.

The Chronicle placed second, third or received an honorable mention in 13 other categories that included advertising, graphics, editorial content, photography and web content.

There were 29 college newspapers that competed for ICPA awards, 13 of which compete in the non-daily with college enrollment over 4,000 division.

Day said she has been pleased with The Chronicle’s progress in the 10 years she has been chair and has noticed a growing attention to diversity.

Day said she was most excited about the photography awards because the department is trying to focus more on photojournalism by establishing a multimedia photojournalism major. The major is currently pending approval by President Kwang-Wu Kim.

“I’m proud of everyone, but I’m particularly proud of the photojournalists, who often come to The Chronicle because that is a major venue online and in print for their work,” Day said.

Robin Bargar, dean of the School of Media Arts, said he was “not surprised, but thrilled,” about the state awards as well as the two national awards The Chronicle was awarded last summer—Best Overall Newspaper in the Nation from the Society of Professional Journalists and a Pacemaker Award from The Associated Collegiate Press.

“This program is clearly being seen as an increasingly national player and that’s the goal, to have the Columbia Journalism Program recognized by the other more famous journalism programs in the country … as a forward-looking journalism practice,” Bargar said.