Editor’s Note: The Chronicle isn’t perfect. But we’re working on it. 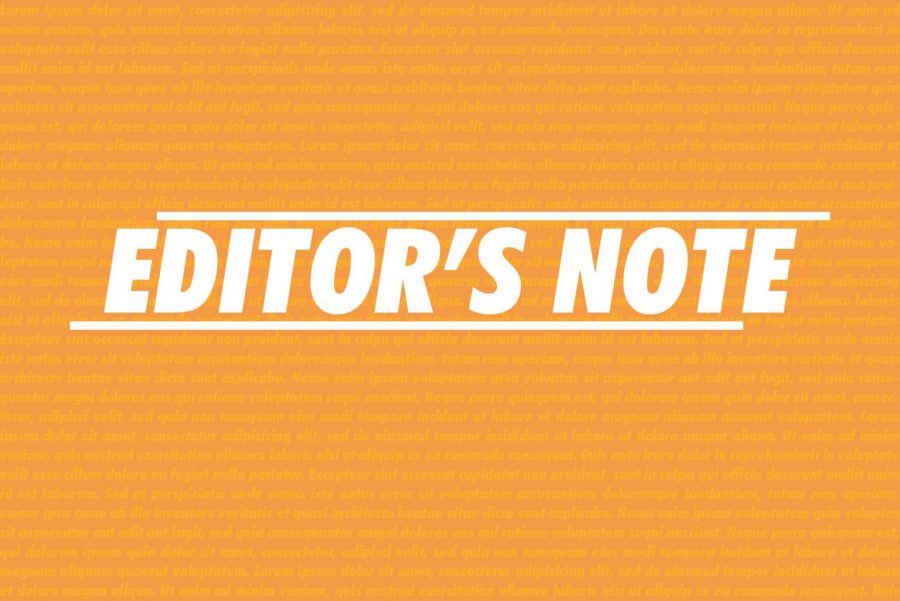 With breaking news filling our website the past few weeks, we never expected to also have news break in our own newsroom, much less on the first official day of training, when then-Co-Editor-in-Chief Molly Walsh announced she had accepted an opportunity at NBC5 and would no longer be able to work at The Chronicle.

After only a year working as a staff reporter and a few summer months as news editor, I never expected my name to pop up in the search for replacements. Sure, I had considered applying to be editor-in-chief next year as a senior, but not this semester.

Nonetheless, I was eager to take on a role I always dreamt of. With my newfound position as co-editor-in-chief with Blaise Mesa—who, in addition to having worked as managing editor last year, also hosts his own show on WCRX radio—I started to consider how a college news operation should function in 2019.

Throughout the summer, immediacy and accountability were on my mind. I thought of this as I continued my coverage of the 2020 presidential election—which included one of the then-presidential candidates, former Colorado Gov. John Hickenlooper, stopping by WCRX studios for an exclusive interview with Blaise and me.

It seemed hypocritical and counterintuitive to me for any news organization to act as a watchdog without holding itself to the same standards.

With our shortcomings in mind and the reputation of journalism before us, The Chronicle is hellbent on delivering what consumers of news demand of journalists, which is timely news at their fingertips.

Our readers should expect daily, timely coverage on all beats ranging from campus to citywide news, whether it be a speech by Senior Vice President and Provost Marcella David or by Chicago Mayor Lori Lightfoot.

And as a technologically-savvy generation, we also realize not every reader wants to actually read a news story. That is why we are committed to providing news in multiple mediums, from video highlights and short documentaries to Twitter blurbs and podcast episodes.

Still, at the root of many of our articles will be the watchdog core of journalism, as we strive to produce more investigative pieces than we ever have before in the wake of disappearing resources, widespread staff layoffs and distrust between the ranks at the college.

At the same time, stories will be fully and accurately reported, which means every issue will be balanced with reporting on tested solutions. Because, in a time where headlines are chock-full of racist or sexist screeds from the mouth of the U.S. president, numerical representations of mass shootings or sexual assault allegations against influential people, the media is, in large part, to blame for the “IDGAF” attitude growing among Americans, especially young Americans.

By providing solutions in journalism, The Chronicle will be giving readers the whole picture, rather than just the problem. Although the solutions to the climate crisis may be unknown to us, reporting on the fires in the Amazon rainforest without reporting on the efforts being taken by the Bolivian people to quell the flames is simply no longer acceptable journalism in our book.