Editorial: Veganism is not a punchline 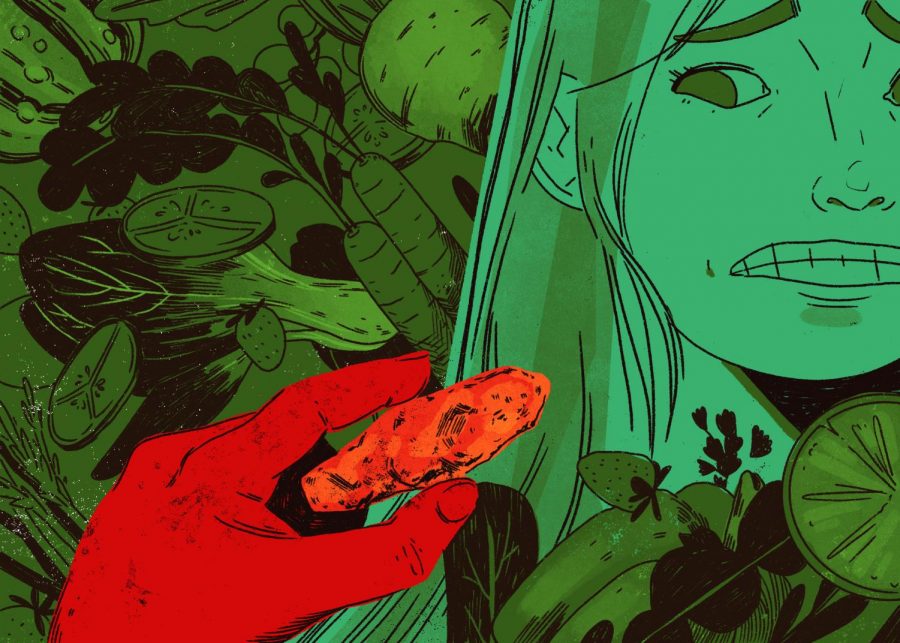 Dietary choices and restrictions can be a very personal and serious aspect of a person’s life. Now, imagine if someone made a joke of those for their own entertainment.

On Oct. 8, a post went viral on Reddit—a discussion forum website—with comments and debate over a post made by an anonymous user who goes by the name “Veganthrowaway192847.” The user, a vegan woman, said friends fed her chicken nuggets when she was drunk at a party. The woman said she had not eaten meat since she was a toddler.

“My friends thought it would be funny to feed me chicken nuggets as a prank,” she wrote in the post. “I checked with them before chowing down ‘Are these vegan?’ To which my friends replied, ‘Yeah, they’re Sunfed,’” a meat alternative food brand based in Auckland, New Zealand.

The day after the party, she was shown a video of herself eating the chicken at the party, where the people who gave it to her went on to mock her.

Although 2019 is said to be the “year of the vegan,” according to The Economist, it is still a dietary choice that is not taken seriously and is often misunderstood. It is sometimes viewed as more of a social trend rather than a choice based on ethical or health issues. Veganism should be seen as more than just a food choice—it is a belief and a lifestyle.

The woman later took the video to the police seeking charges against her friends for food tampering, according to an Oct. 9 Daily Mail article.

With more than 6,000 comments on the post, Reddit users varied in support of the woman, with some saying taking it to the police was over-the-top.

It is necessary to understand and respect a person’s life choices, even when you may not agree with them yourself. The consequences of your misunderstanding could have lasting side effects.

It’s likely that eating meat for the first time in 20 years can be perpetually damaging to a person’s body and their mental well-being. After not eating meat for so long, it may be difficult to properly digest. This, of course, ends in a not-so-pleasant result, but it is still questionable as to what the police could actually do in a situation such as this.

Rather than going to the police, the woman could have simply cut the so-called friends off  because, with the information known about this case, it is more about moral principles than anything else.

People must respect the choices of others, especially when it involves something that will not affect anyone except for the person who is making those choices.

Aside from the harm this could have done to the woman’s body and digestive system, this could have long-term psychological impacts, depending on her reasons for being vegan. Although taking it to the police may not have been the best choice, if companies such as Starbucks or McDonald’s had done something of a similar nature, a lawsuit would have most certainly been involved. A line must be drawn to hold people accountable for their poor actions.