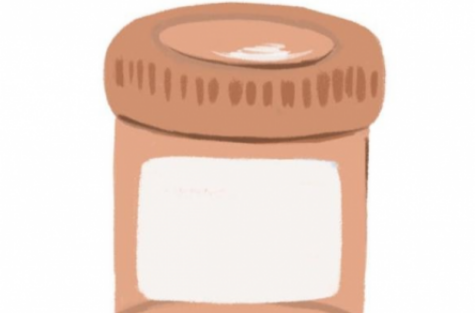 People ages 15–24 are at a much higher risk for Sexually Transmitted Infections than older adults and acquire half of all new STIs, according to the Center for Disease Control.

Testing, diagnosis and treatment for STIs are a basic part of health care, and an area where Columbia is failing. The website of the Health Center, 731 S. Plymouth Court, states it offers “advice and referrals” for STDs, which amounts to being told to go somewhere else. Even if those places may be free or low-cost, students should not be forced to go on a wild goose chase for care when they already pay a semesterly fee for the Health Center. It offers free testing once per month for a mere 10 students, as reported March 8 by The Chronicle. At a college with thousands of students who are likely sexually active, this is unacceptable.

Columbia’s Health Center is run by Sage Medical Group, an independent organization. There are no laws requiring a private institution such as Columbia

to provide STI testing, but as a progressive college that prioritizes social justice, Columbia must do everything it can to affirm students’ health and wellness. Students deserve testing and treatment when experiencing symptoms.  They should not be forced to go off campus—where they will likely have to choose between an expensive copay or using their parents’ insurance, potentially compromising privacy—for basic testing when the Health Center is supposed to meet their needs. Columbia’s lack of accessible resources is a disservice at best and a serious danger at worst. Testing 10 students once a month is a poor excuse for adequate care. If there is some reason Sage cannot provide testing and treatment at Columbia, then the college has an obligation to its students to choose a health care provider that will. This may cost the college, but protecting the health and safety of the community should always be the first priority on administrators’ minds.

Students need to be able to call the Health Center the moment they begin to suspect symptoms, schedule an appointment within a reasonable timeframe and be tested as soon as possible so they can begin treatment or get resources. For many students, especially those who are undocumented or do not have insurance, the Health Center is the only form of health care available. If the college recognizes the weight of this responsibility, it will increase access to testing and treatment for those who need it.

Treatable STIs can cause painful, dangerous and even life-threatening complications if left untreated, according to STDcheck, a service which provides discreet STI testing. Any barriers to testing, such as copays, insurance, physical distance and confidentiality concerns, could prevent those who need treatment from accessing it. The solution is to offer free, discreet testing during all operating hours on campus. If even one student is left untested and untreated, Columbia has failed. Columbia is—or at least always strives to be—a haven for students who belong to high-risk groups, including a diverse community of LGBTQ people and people of color. It is the college’s job to break down these barriers instead of putting them up.