EDITORIAL: Presidential deportation figures do not tell the whole story 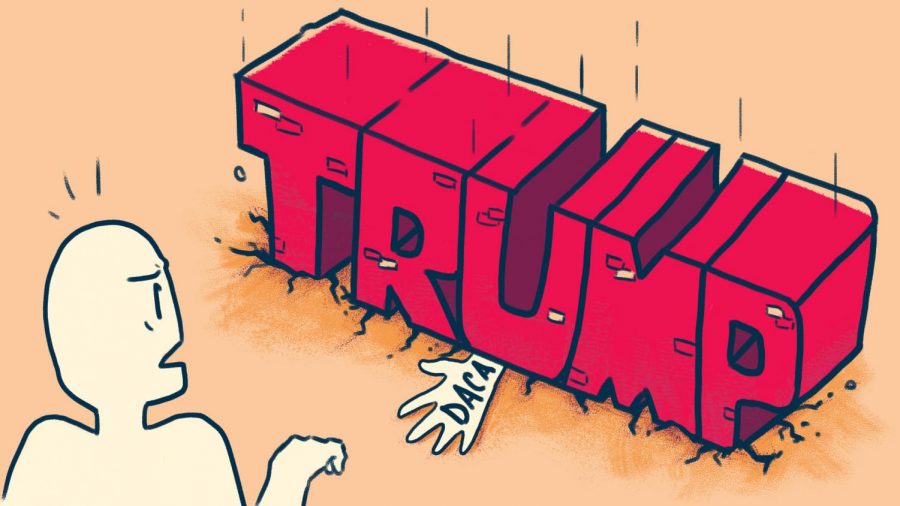 While former President Barack Obama earned the nickname “Deporter-in-Chief” for his high number of deportations, compared to President Trump, Obama was the lesser of two evils.

The Obama administration was responsible for approximately 385,000 U.S.  Immigration and Customs Enforcement deportations each year from 2009 to 2011, according to data from the U.S. Department of Health and Human Services, collected by Axios, a news and information website specializing in politics. Trump deportations were at 226,119 in fiscal 2017, then ticked up to more than 250,000 in fiscal 2018, according to the same data source. They have hit an administration high of 282,242 as of June, with one-third of the fiscal year left.

While Obama’s deportation numbers and rationale behind them are worth exploring, comparing numbers side by side does not explain the difference in ideology between the two presidents regarding immigration.

Beginning as far back as his campaign for the presidency, Trump has promoted fear of anyone and anything beyond our borders. His new isolationism is the opposite of Obama’s globalization. Our hopes of garnering strong relationships with other countries and improving our future as a whole is waning. On Sept. 25, 2018, Trump told the UN General Assembly, “We reject the ideology of globalism and accept the doctrine of patriotism.” Obama, however, promoted teaming up with other countries. “There are enormous benefits to be gained from global integration,” Obama said during a July 9, 2016, address to the North Atlantic Treaty Organization.

Obama’s deportations were high in-part due to the Secure Communities program, which was established in 2008 under President George W. Bush.

Since Secure Communities was suspended in 2014, deportations have decreased. Trump reactivated the program in 2017, resulting in more than 43,300 program-related deportations that year alone, according to the U.S. Department of Homeland Security.

If  we want an administration that will fight for immigrant rights, we will simply need to remove the current president from office.

These actions  may be already underway as Speaker of the House Nancy Pelosi (D-Calif.) announced an official impeachment inquiry.

It’s the duty of Americans to follow through with our desires for a more inclusive nation. We can do so by making sure we are registered to vote, researching the candidates and exercising our constitutional right. If not for you, do it for the immigrants who are either undocumented and unable to, or will not because of a fear of being kicked out of a country that promised so long ago to take in “your tired, your poor, Your huddled masses yearning to breathe free.”